Padeye
NewsRiddles about fireball in the sky - that's what...
News

Riddles about fireball in the sky – that's what experts say

Several eyewitnesses reported a large fireball in the sky in the southwest on Thursday evening. The object poses a riddle.

A fireball seen in the evening sky in Baden-Württemberg and Rhineland-Palatinate occupies the people in the southwest. In social networks such as Twitter and Instagram, users reported on Thursday evening (October 7th) in Tübingen, Heidelberg, Karlsruhe and Bad Kreuznach about a lightning-fast object that had moved across the firmament a few minutes after 8 p.m. The hashtag #meteorit is trending, experts are puzzling what it could have been. HEIDELBERG24 * reveals the most popular theories about the fireball that crossed the night sky on Thursday. 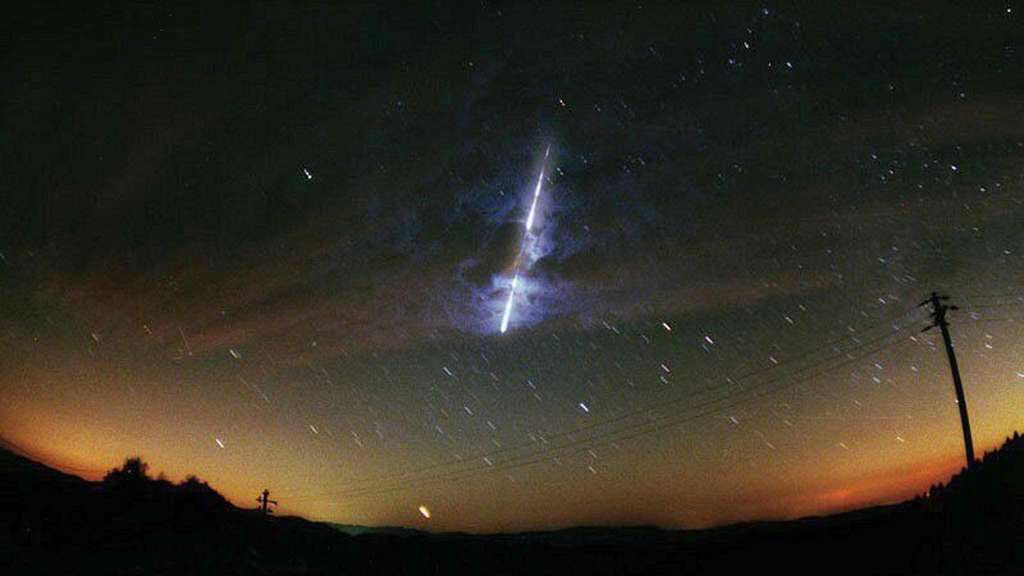 BW: Ball of fire over the southwest – expert puzzles about origin

Baden-Württemberg – On Thursday evening, eyewitnesses observed a glowing ball racing across the evening sky in the southwest. The object poses a riddle.

BW: Ball of fire over the southwest – expert puzzles about origin

There is currently speculation on social media about a meteorite, space debris burning up in the atmosphere – and of course bizarre theories, such as the arrival of aliens in the southwest. * HEIDELBERG24 is an offer from IPPEN.MEDIA.

2 hours ago
Prince Philippos and Nina Flohr tied the knot in Athens Cathedral. The proud bride beamed at her father's side on the way to the altar.

3 hours ago
Around 100 beard friends presented their facial hair in Eging, Lower Bavaria. There they competed against each other in categories such as “Dalí”, “Imperial” or “Musketeer” - and revealed their tricks.

4 hours ago
Mannheim - The SWR wanted to report live from the district party conference of the CDU Mannheim. But then City Councilor Thomas Hornung came and blew up the post:

4 hours ago
Princess Estelle is still a child, but in Sweden people are already thinking about the private future of the future heir to the throne.