There is a lack of truck drivers in the UK. As a result, wages on the island are rising immensely. Haulage companies in North Rhine-Westphalia fear that drivers will jump off them.

Bönen – In Germany, a truck driver covered by a collective agreement comes to around 40,000 euros per year. “The wages, surcharges and bonuses are higher than ever, and the drivers deserve it. They are no longer paid so badly ”, says Martin Gerold, managing director of the Lutter forwarding company in Bönen (North Rhine-Westphalia). But in Great Britain wages are rising immensely. The logistician is concerned because many sub-contractors are drawn to the island. Truck driver bottleneck in Great Britain: wa.de * reveals how much is now offered to drivers on the island. 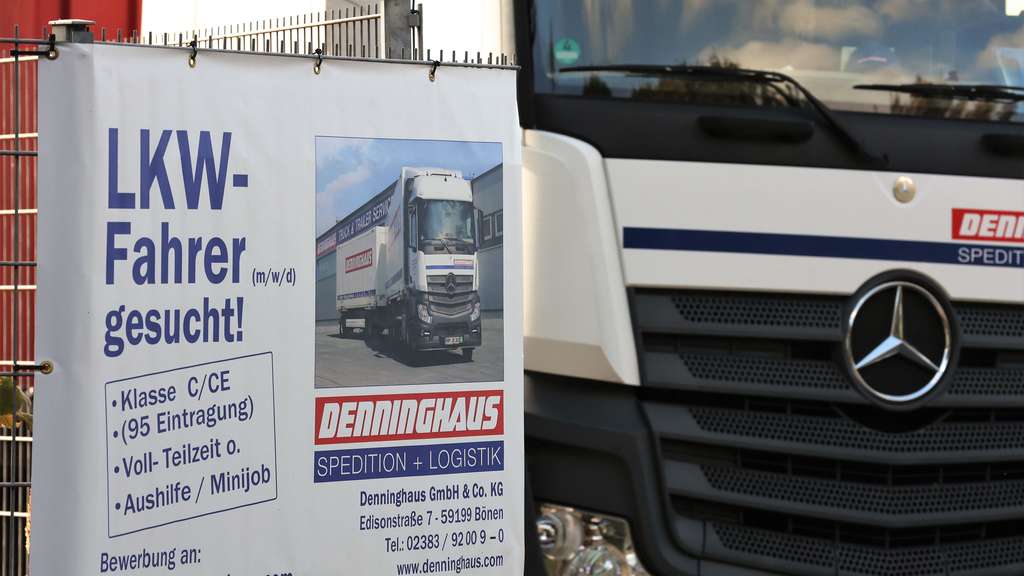 In Great Britain there are long queues in front of the petrol stations because there is no fuel supply. This is due to a lack of truck drivers. However, freight forwarders in Germany – such as the Bönen-based companies Denninghaus and Lutter – also complain about the lack of specialist staff.

In Great Britain there are long lines in front of gas stations because there is no fuel supply. This is due to a lack of truck drivers. Freight forwarders across Germany are also complaining about a lack of specialist staff. * wa.de is an offer from IPPEN.MEDIA

2 hours ago
Prince Philippos and Nina Flohr tied the knot in Athens Cathedral. The proud bride beamed at her father's side on the way to the altar.

4 hours ago
Around 100 beard friends presented their facial hair in Eging, Lower Bavaria. There they competed against each other in categories such as “Dalí”, “Imperial” or “Musketeer” - and revealed their tricks.

4 hours ago
Mannheim - The SWR wanted to report live from the district party conference of the CDU Mannheim. But then City Councilor Thomas Hornung came and blew up the post:

4 hours ago
Princess Estelle is still a child, but in Sweden people are already thinking about the private future of the future heir to the throne.