Padeye
NewsStudy: Germans sit too much and are stressed
News

Study: Germans sit too much and are stressed

Only every ninth citizen has a healthy lifestyle. According to the DKV, many struggle with stress and stick to chairs and on the sofa as a lot of people. Young adults set a sad record.

Düsseldorf – According to a study, Germans spend too much time sitting, are becoming more and more lazy and cannot cope with stress adequately.

Only every ninth citizen – a low since 2010 – leads an “all-round healthy” lifestyle with a view to diet, physical activity, smoking, alcohol consumption and stress levels. This emerges from the “DKV Report 2021”, which the head of the study Ingo Froböse from the Sport University Cologne and the German health insurance company presented on Monday. On behalf of the insurer, the university had evaluated the data from around 2,800 representatively interviewed people aged 18 and over.

The report, which has been drawn up for the sixth time since 2010, uncovered several worrying negative records, said DKV CEO Clemens Muth. This also applies to the sitting times: Germans now spend an average of 8.5 hours on their backs on workdays – one hour more than in 2018. Young adults (18 to 29 years of age) are even “world champions” with 10.5 hours on workdays .

Home office – increasing rapidly in the pandemic – has become a sit-down trap. Most citizens sit at work (33 percent) or in front of the television (29 percent) – men an hour longer than women.

“The Germans are becoming more and more sluggish”

Muth clarified that sitting for too long could be risky and have negative health effects. But even when feeling and coping with stress, the value has deteriorated considerably. The question arises: “Is the healthy way of life being phased out?”

The expert Froböse concluded: “The Germans stay lazy, they are becoming more and more lazy.” In the trend, they have lived more unhealthily than ever since the first report in 2010. According to the survey from spring 2021, around 60 percent find no ways to relieve the stress they feel reduce or offset. The sports scientist warned that this was the highest stress level measured so far. “The majority do not manage to recharge their batteries.”

The aggravations of the pandemic added to the stress burden. “Women are more stressed than men,” explained Froböse, referring to the workload involved in childcare and homeschooling.

At the same time, inactivity has increased, with the sitting factor having a significant impact. According to the results of the survey, around 70 percent of citizens are physically active for more than 300 minutes per week in accordance with the recommendations of the World Health Organization. At work, in your free time or during “transport” – that is, on the way from one place to another. That sounds good at first, but in 2010 it was 83 percent.

And 11 percent classify the survey as “minimalists” who are only physically active for 150 to 300 minutes a week. Almost every fifth German – 19 percent – even falls short of 150 minutes of physical activity. The inactive group worries him very much, underlined Froböse. “They don’t do anything.” Physical activity means physical – moderate as well as intensive – activities at work or in everyday life that have a stimulating effect. So it is by no means just about pure sport. 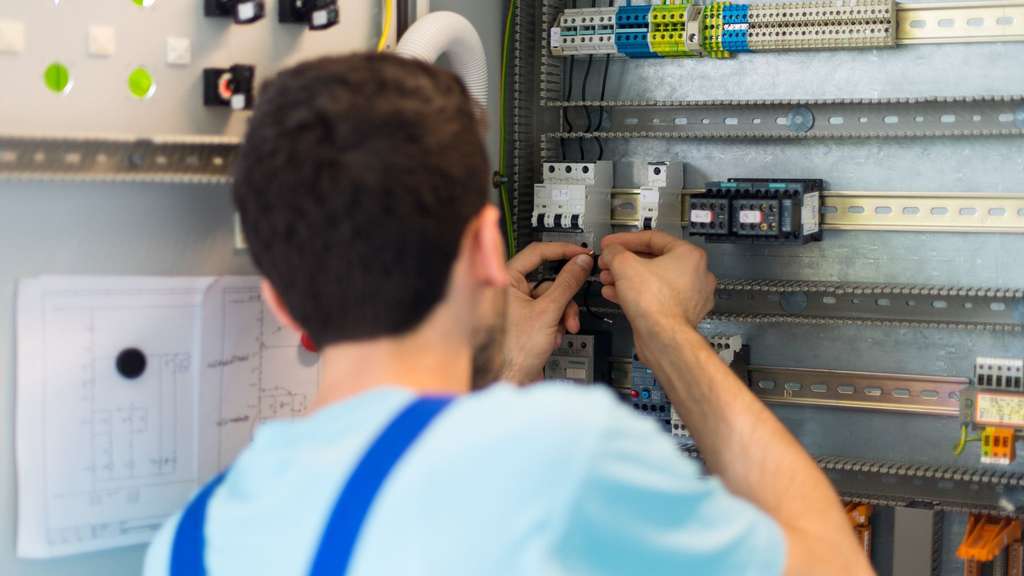 The corona crisis has also left its mark on trainees. According to a survey, vacation days and training remuneration are said to have been reduced for many trainees. But not only that. 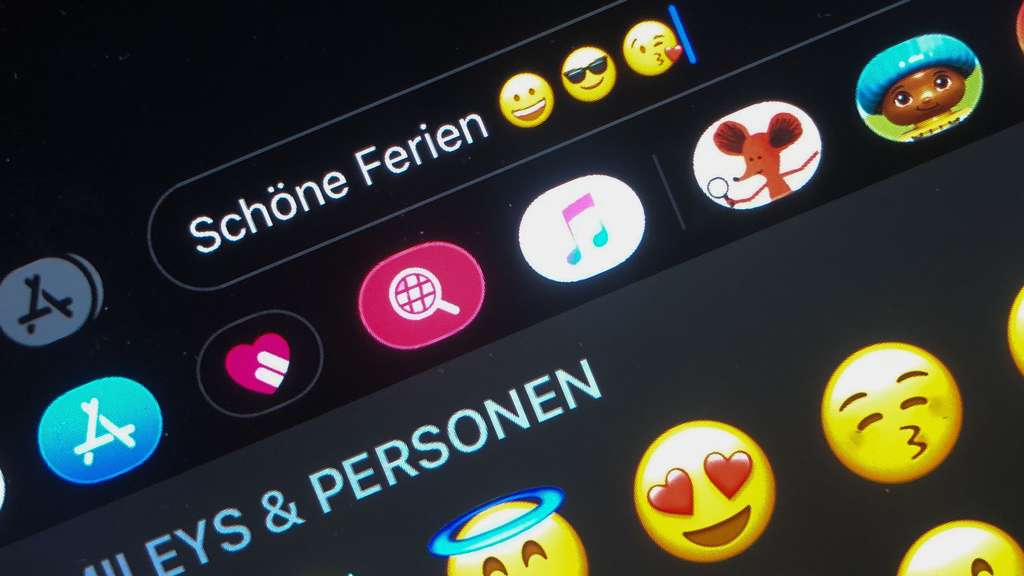 Many use one of the more than 3,300 emojis when chatting every day. However, some of the faces, figures and symbols are used incorrectly over and over again. How can that be avoided? 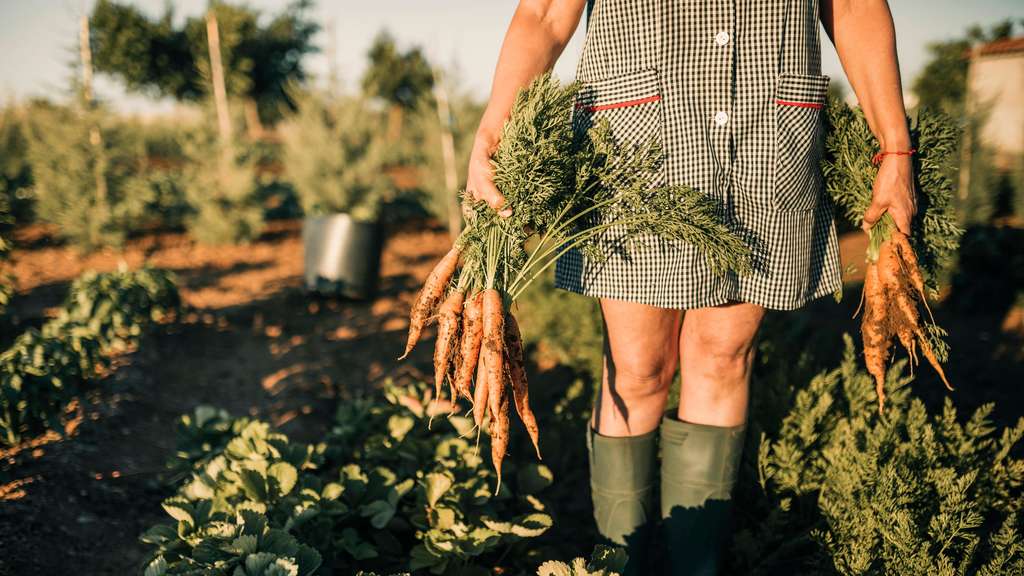 Carrots: These valuable substances are found in winter vegetables

Carrots are the ultimate soup vegetable and belong to the classic winter vegetable. But there is usually more to the orange turnips than many expect.

Carrots: These valuable substances are found in winter vegetables

There is a noticeably wide gap between the values collected and the self-assessment of the respondents: Currently, 61 percent still rate their state of health as good or very good. According to Muth, this blatant discrepancy is also evidence that many people are not sufficiently aware of a healthy lifestyle.

Among the “completely healthy” people, women do better with a share of 14 percent than men with 9 percent. In the federal states, Saxony (18 percent) has the lead, followed by Hamburg, Brandenburg and Rhineland-Palatinate / Saarland. In the middle are Bavaria, Lower Saxony / Bremen, Hesse and Mecklenburg-Western Pomerania. The analysis shows that the citizens of North Rhine-Westphalia (7 percent) pay the least attention to a healthy lifestyle.

For the first time, one also looked at the metropolises, said Muth: Hamburg is top with 17 percent. The bottom of the list for a healthy lifestyle is Cologne with only 4 percent.

When it comes to nutrition, almost half of them are still healthy, with the recommendations of the German Nutrition Society serving as a guideline. Women get better values than men – for example, they eat three quarters of fruit and vegetables a day. 82 percent consume alcohol responsibly – i.e. not at all or only occasionally a glass of wine or beer. Almost every fifth person drinks too much. Almost unchanged, almost a quarter of those surveyed use cigarettes.

Positive in the Corona period: Almost every second person says that they take more walks during the pandemic. According to Froböse, the trend is already decreasing. Politicians have “put sport in the corner” during the Corona crisis and presented it as “dangerous” with a view to the risk of infection. That was wrong and will leave its mark. dpa

1 hour ago
In Lower Saxony, a young woman is forced into prostitution and then killed. Three people are convicted - there is no clear homicide.

2 hours ago
Unfortunately, the new episode of the recently quite remarkable Schmunzel crime series on ZDF is only moderately cheerful and completely unexciting.

2 hours ago
Drink mulled wine, eat a burger and look at the illuminated city from above - this is what the new "Rooftop Xmas" Christmas market in Cologne offers.

2 hours ago
Competition for Ikea? The Swedish discounter Rusta opens its sixth branch in Germany in Norderstedt. And the company wants to expand further.

3 hours ago
When leisure fun turns into fear: Dozens of Japanese people suddenly got stuck on a roller coaster at a clear height. What was the reason?