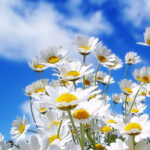 Plants are flowering earlier than predicted by environmental warming experiments developed by scientists, according to a historical analysis of data from 1,558 plant species from four continents, collected over several decades. The findings are published today in the journal Nature .

Researchers routinely conduct experiments in which they manipulate the ambient temperature around small plant crops to find out how they react when the heat increases. Plant responses are fed into models that are used to predict what changes ecosystems will experience if climate change continues as expected. However, a group of scientists has come to the conclusion that the forecasts may fall short, since historical data indicate that the changes caused by warming are greater than those estimated. Spring starts earlier and the flowering of plants accelerates more than experiments show . Specifically, historical records show that flowers appear between 5 and 6 days earlier for every degree Celsius that the average temperature rises .

Studies of phenology , that is, the relationship between climatic factors and cycles of living beings such as flowering, provide very valuable information on the responses of plants to climate change .

Thanks to greenwashing, global warming could reach 2.6 °C

October 27, 2022
The UN chief warns that the world “cannot afford any more greenwashing” and demands that governments meet their carbon neutrality goals.

The COP27 Climate Summit will be held in Egypt and these are the key...

October 18, 2022
Organizers of the major climate summit, to be held in Sharm el Sheikh, hope it will serve as a milestone for more funding to fight climate change.

Diminish sunlight to combat global warming? This is the US plan

October 14, 2022
The White House is coordinating a five-year research plan to study ways to modify the amount of sunlight that reaches Earth and prevent global warming.

A call for joint action on climate change

October 7, 2022
Measures need to be implemented that not only seek to offset, but also significantly limit and reduce the amount of greenhouse gases that are being emitted into the atmosphere.