There are two brains in each head 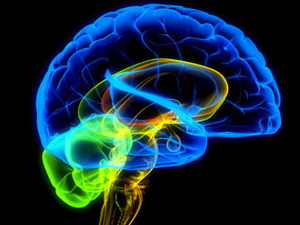 Neuroscientists at the MIT Institute have found thatthe hemispheres of our brain, right and left, function as two independent brainswhen it comes to processing what we see in the world around us. In an article published by the prestigious magazineProceedings of the National Academy of Sciences (PNAS) the authors explain that ourwork memory– that is, the “mental notebook” – have a limit: we can only manage four things at a time. However, in some people with an especially high IQ the ability to retain several things simultaneously can be increased.

Taking advantage of thatmonkeys show exactly the same limitation as humans, Earl Miller and his colleagues decided to study theNeurological Basis of Working Memory Limits. And they found that primates could process two visual elements with the left half of the brain and two with the right half. And that each hemisphere processes half of the visual space. If we extend the finding to humans, this implies thatwe can process two objects in each visual area, but if there are three objects to our right and one to the left, we will only remember two on the right and one on the left. “The bottleneck of visual memory is not in the memorization phase but in the perception phase,” concludes Miller. In other words, when the capacity of each brain hemisphere is exceeded, the information is not even processed by our brain, so it is impossible to remember it.

Immediate practical applications can be drawn from this finding, as suggested by the American neuroscientist. For examplemedical monitors that display information in one column should display it in two, one on the left and one on the right, so that the person looking at them can process more information. The same could be applied to information shown to security personnel at an airport or building.

The next challenge, the authors anticipate, will be to find out if this discovery about visual memory can beapply in other types of memory (verbal, sound …).

I don't remember…: living with amnesia

July 14, 2022
Amnesia is a memory malfunction that profoundly affects the lives of those who suffer from it. Even more so when they remember almost nothing of their own life.

How is the brain of a human and that of an octopus similar?

June 27, 2022
Humans and octopuses share genes known as transposons, or "jumping" genes, according to a new study published in the journal BMC Biology.

COVID-19 and the brain: possible causes, consequences and treatments

June 23, 2022
Analyze the mechanisms of SARS-CoV-2 infection in the brain.

How the human brain evolved

June 20, 2022
This organ is the most prominent in our development as human beings.

These are the 3 strategies that your brain has (and perhaps you did not...

May 22, 2022
The brain performs vital functions for our survival and has several structures to protect it from external and internal attacks and dangers. How do you get it?