One of the greatest disasters in cruise history: Ten years ago the Costa Concordia sank, 32 people died. Captain Schettino was convicted and imprisoned as the culprit.

Giglio – First there is this bang. The Costa Concordia cruise ship vibrates, travelers hold on to the furniture, dishes fall to the floor, then the lights go out.

More than 4,220 people on board have no inkling of the disaster they will experience in the next few hours. On the navigating bridge, the captain Francesco Schettino and his officers cannot believe they have rammed a rock and slashed their ship on the side.

It is a fatal mistake that will cost 32 people their lives on January 13, 2012, including twelve Germans. This Thursday marks the tenth anniversary of the disaster and partial destruction of the Costa Concordia off the small, Italian Mediterranean island of Giglio.

The island of misfortune commemorates the anniversary. A wreath is laid in front of the statue of the Virgin Mary, which is set up in honor of the victims in the harbor, next to it are the names of the 32 dead on a plaque. In the evening at 9.45 p.m. sirens will wail in the harbor – like every year on January 13th. At this time ten years ago, one of the greatest cruise disasters in history began.

Few of those affected or their relatives are expected, among other things because of Corona. For many, the idea of coming to Giglio is too depressing, says Hans Reinhardt. The lawyer looked after 30 passengers on the Costa Concordia, negotiated damages and appeared as a joint plaintiff in the criminal proceedings against Captain Schettino. The proceedings have been completed, he tells the German press agency.

Most of the passengers accepted an offer of compensation for 14,000 euros per person. The company Costa Crociere announced in 2015 that it had paid a total of more than 80 million euros in damages to the guests and crew members of the Concordia.

Friday, January 13th, 2012 is forgotten, but that’s still a long way to go. “Some say it seemed to them as if it was yesterday,” says Reinhardt.

The Costa Concordia set sail from Civitavecchia near Rome in the evening. For reasons of prestige – or showing off – Schettino wanted to bring them as close as possible to Giglio, to “greet” the port and offer the guests a nice photo opportunity. What otherwise often worked went wrong: The almost 300 meter long ship scratched a ledge under water, which slashed the hull by around 70 meters.

Water poured in and the ship was quickly unable to maneuver. It was only because the wind was driving the Concordia towards the island that the ship came to rest there on an underwater plinth with a steep incline. If the wind had blown differently, the Concordia would have drifted out to sea and probably sunk completely – with even worse casualties.

The passengers and the coast guard were left in the dark for 45 minutes. When crew members were already walking through the aisles wearing life jackets, the travelers should stay in the cabins and keep calm. It was only around 10.30 p.m. that passengers were called to evacuate the deck and the state of emergency was reported to the authorities.

The ship was leaning more and more, the situation became more chaotic. Some passengers were able to get on the lifeboats and drive to the port of Giglio. Others jumped into the water and swam about 100 meters on land. But many were trapped in the trunk.

The German passenger Matthias Hanke said in a documentary, which can be seen from January 13 on the pay-TV channel Sky, how he and his buddy helped two older women inside the ship. When they were stuck in a corridor with waist-high water, the doors of the elevator next to them burst, creating an undertow. “There was a short, violent scream from one of the two women. And then they were gone, ”said Hanke. The two friends were able to save themselves.

Among the victims were many seniors, some crew members and also a six-year-old girl. Some dead were only found by divers in the days after the accident, the 32nd and last victim not until the ship was broken up in Genoa in August 2014. The Concordia was brought there in an elaborate rescue operation.

In addition to the mourning, the question of guilt about Captain Schettino quickly came into focus. The then 51-year-old was mainly criticized for leaving the ship during the evacuation. After Schettino had reached a pier in a lifeboat, the chief of operations of the coast guard asked him to return on the phone. “Get on board, damn it!” Roared Gregorio de Falco.

The recording of the phone call cemented the image of a captain who was on the one hand a loudmouth and a womanizer, but on the other hand a coward. Ultimately, Schettino was the only one who went to prison. He was sentenced to 16 years imprisonment in February 2015 in Grosseto, Tuscany, among other things for negligent homicide and negligent bodily harm. An appeals court and also the highest Italian court in Rome later upheld the judgment.

Schettino has been in prison in Rome for four and a half years. His former lawyer Donato Laino last gave an interview and said that Schettino had nightmares. Laino reported that he had not forgotten the 32 dead, but also felt himself to be a victim.

His current lawyer, Saverio Senese, promptly denied that the statements were made by Schettino. His mandate has not spoken publicly for a long time and is hoping for an early decision by the European Court of Human Rights. In Strasbourg, he had lodged a complaint against the judgment from Italy in 2018. 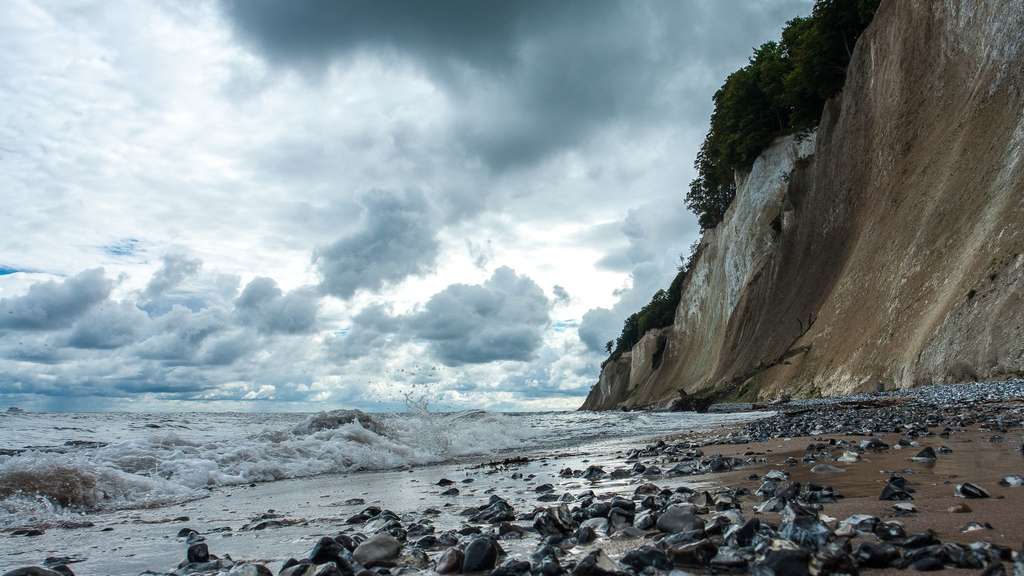 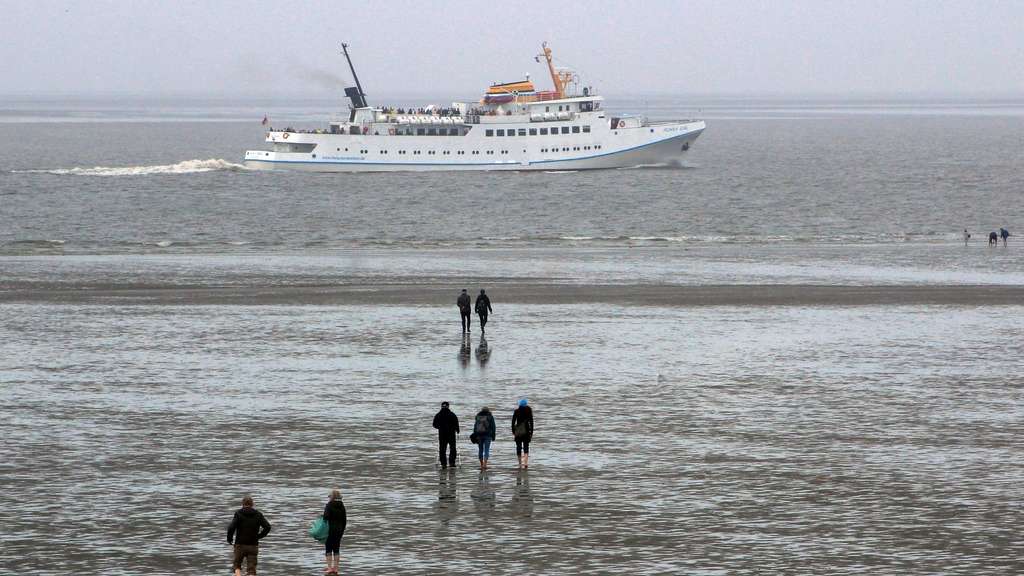 Büsum: crabs, cutters and a captain

Büsum: crabs, cutters and a captain 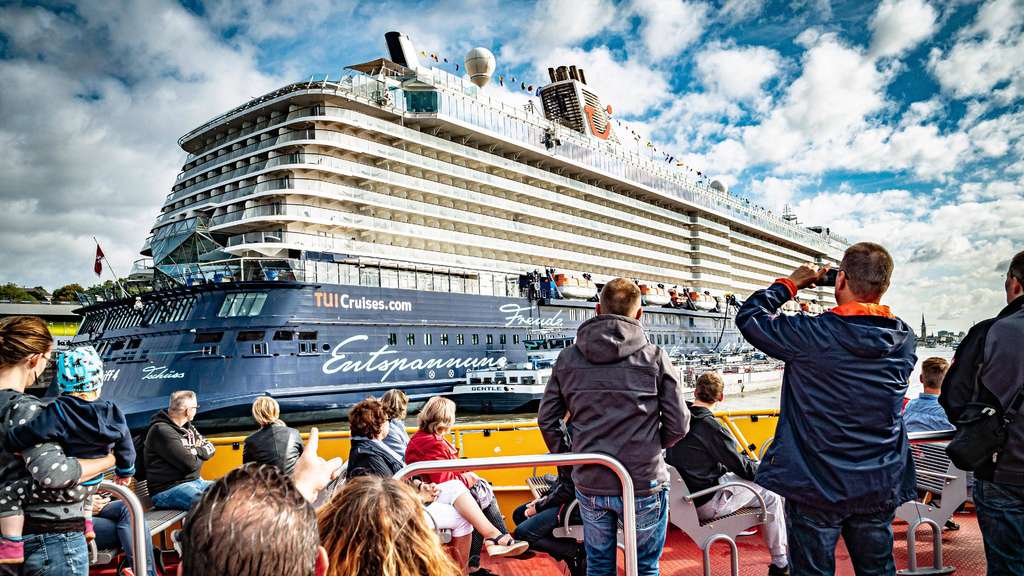 Corona outbreak on Tui cruise ship: bitter end of the journey for many vacationers

Corona outbreak on Tui cruise ship: bitter end of the journey for many vacationers

Schettino was not treated fairly, and there was also a media campaign. “Fare lo Schettino”, the Schettino make, is a household word for cowardice in Italy today. A court spokesman recently said on request that he expected the case to be dealt with in 2022. dpa

Michelle Hunziker separates from her husband

5 days ago
The 44-year-old and her husband announce their marriage. Out of consideration for the children, there will be no detailed explanations.

January 16, 2022
He was one of the greats in the fashion industry. His brand stood for elegance, in Hollywood he dressed the most famous stars. Now Nino Cerruti has died at the age of 91.

January 4, 2022
The fashion world suffers particularly from Corona. Now the Italian designer Giorgio Armani has canceled the highlights of 2022.

December 30, 2021
The Omikron variant is also causing the corona numbers to go through the roof in Italy. The country reacts with unprecedented tough rules for unvaccinated people.

December 30, 2021
Almost 60 countries are currently on the list of countries that the RKI classifies as high-risk areas. There are now stricter travel rules for Italy and Malta.

The inheritance in the wardrobe