Padeye
NewsCan I watch "Let's Dance" in times like these?
News

Can I watch "Let's Dance" in times like these?

Many are depressed and worried about the war in Ukraine. Can I watch “Let’s Dance” in times like these? Why a little escapism is important.

Berlin – who gets kicked out on “Let’s Dance”? Can the new detective in “Murder with a View” keep up with her predecessor? And where does Cheyenne Ochsenknecht go shopping for handbags?

These are questions that many people are interested in. You just like to switch off when watching TV or online. Even or especially in times of crisis, entertainment formats are in demand. Key word: escapism. The little escapes from reality. One can ask oneself whether there aren’t more important things in the world. Can I watch something like that when people in Ukraine, just a two-hour flight away, are fleeing from the bombs into their basements?

Entertainment is an important balance

Media scientist Gerd Hallenberger knows how important entertainment is. It starts with the fact that you don’t just let yourself be “sprinkled”. “It’s usually not quite that simple,” says Hallenberger. “Anyone who talks does something. It doesn’t have to be anything complicated or demanding. But it’s definitely an activity.” In difficult times, conversation comes easier. “That means that when times are difficult, light fabrics are more desirable.”

Entertainment can be a balance, says television expert Hallenberger, a long-time juror at the Grimme Prize. He compares it to the death of a close relative. “What does sadness look like? You can’t mourn 24 hours a day, then you lose yourself completely and also lose your own center.”

The Ukraine war is currently triggering many fears, such as whether a nuclear war is coming. That’s distressing. From Hallenberger’s point of view, it is not without reason that people are often advised not to watch the news all day and not to always activate push notifications on their cell phones. “Otherwise it’s just too overwhelming.”

Entertainment helps you endure. According to Hallenberger, it brings above all “enjoyment and self-enjoyment”. By that he means laughter, empathy, positive experiences. “I watch a quiz and realize: I can do something.” With fictional material, like in films, it’s about feeling. “I’m still alive, I feel something.” He recalls a question from the Nazi era: “Are you allowed to joke about Hitler?” There was only one answer: “You have to.” He teaches his students the importance of comedy to explain with a modified hit by the band Ton Steine Scherben: “Laugh what breaks you.”

After the war came the homeland films

Escape from reality: This awakens memories of local films such as “Green is the Heath” or “Black Forest Girl” in older people. The film scholar Jürgen Heizmann describes in an essay how the homeland film of the Adenauer period seamlessly linked to the tradition of the pre-war period – “only now it was about the smooth construction of the Federal Republic”. The genre reached its peak popularity during this period. Around 300 films were produced in the 1950s, and millions of viewers were moved to tears by them.

“There were no destroyed cities in these films, no war guilt, no breach of civilization,” observes Heizmann. “Heimat was presented as a place of paradise, where politics and social problems were unknown and where the economic miracle took place without any factory chimneys. In addition to horse-drawn carriages, churches and costume parades, there was at most a petrol pump in the picture, so smoothly was the transition into the open for the spectators market economy presented.”

There is nothing comparable to the kitsch of the post-war period on this scale today. Instead, there is a wealth of soaps, reality documentaries, quiz shows, thrillers and romance films. Formats such as “Dies Ochsenknechts” or “Bauer sucht Frau” are considered “Guilty Pleasure TV”, small television sins that you can sometimes allow yourself, depending on the environment, or better keep to yourself.

A little escapism is okay

The psychologist Jürgen Margraf (Ruhr University Bochum) also takes a relaxed view of the role played by entertainment. “You can do that and still face reality.” He warns against condemning escapism. You can allow yourself rest periods and downtime. “Even in times of crisis, we need positive things for ourselves.” So it’s only bad if you deny reality completely or see it distorted. From Markgraf’s point of view, it helps against stress and anxiety to spend less time on social media. He, too, is familiar with the phenomenon of “doom scrolling”: This describes when people jump from one catastrophe to the next on the Internet, i.e. excessive consumption of bad news. 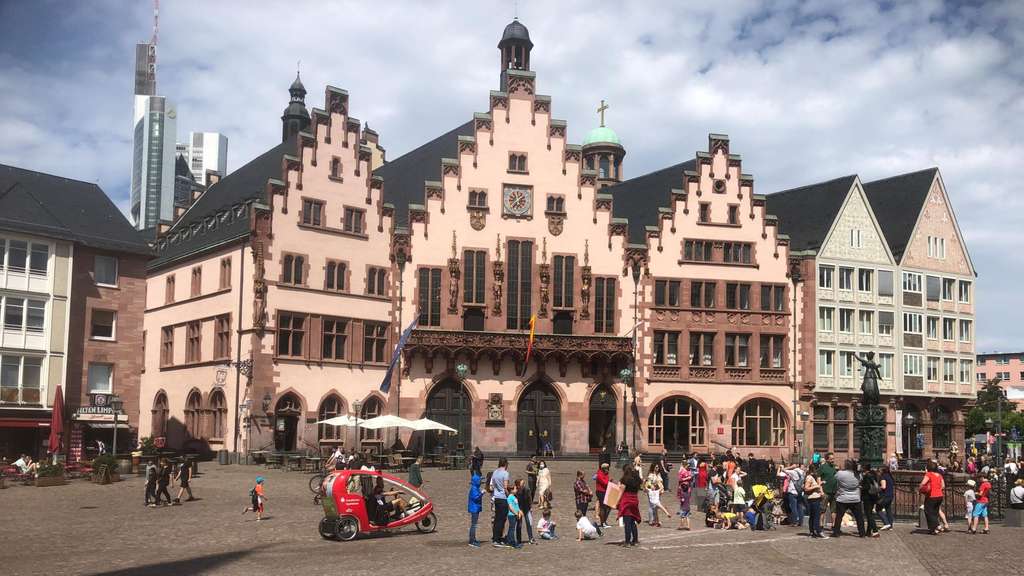 Racist foreign terms: N and M words should not be outlawed in Frankfurt

Racist foreign terms: N and M words should not be outlawed in Frankfurt 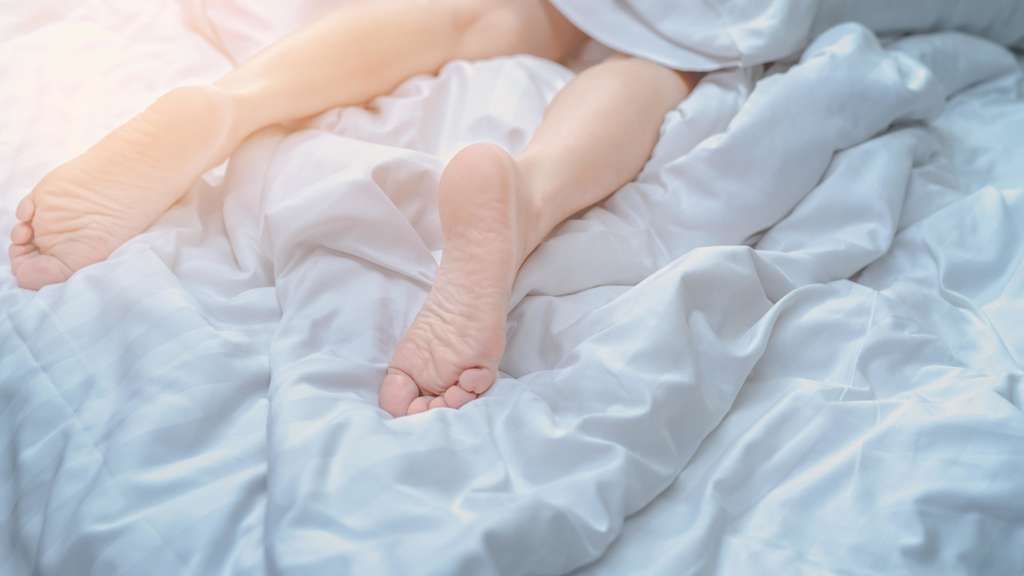 That’s why it’s healthier to sleep without pajamas

That’s why it’s healthier to sleep without pajamas 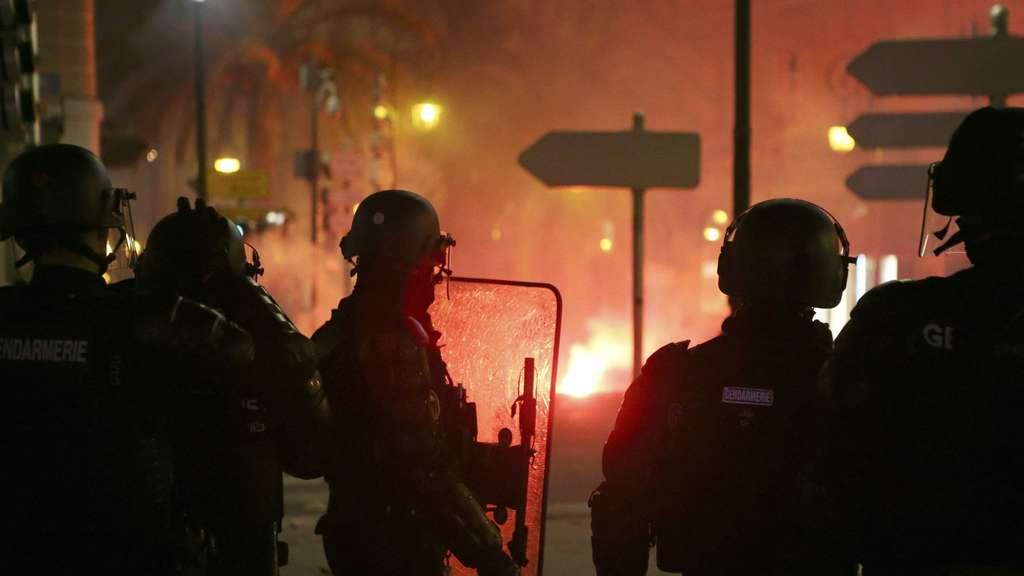 Return of Corsican nationalists on the island possible

Return of Corsican nationalists on the island possible

Of course it’s okay to watch “Let’s Dance” in these times, says psychologist Mareile Poettering. “First of all, it is healthy and important to gain some distance (if possible) from stressful events. Especially if you can’t help directly yourself. Such a distraction from everyday life can be a sign of self-compassion, i.e. of taking care of yourself because it is so difficult right now.” That could be the best thing someone can do for themselves right now. “It is only when we take care of ourselves that we can be compassionate to others. However, if this distraction occurs constantly and the connection with the outside world is lost, then this distraction is of course harmful and at some point pathological.”

Will the corona pandemic or the Ukraine war soon become a topic for films themselves? The Grimme Prize expert Hallenberger estimates that this will take some time. As for the war, he says: “The comedy will probably be a year or two away at most. But a serious occupation with it, that is too deep and fresh.” dpa