Coronavirus is likely coming from the Wuhan animal market

There is now more evidence that the origin of the coronavirus can be found in an animal market in Wuhan. So far there is no clear evidence, but there are cases that are “strong evidence”.

Beijing – Two years after the outbreak of the corona pandemic, a renowned evolutionary biologist provides further evidence for the Huanan animal market in the Chinese metropolis of Wuhan as the likely place of origin of the virus.

In an article published in the journal Science, Michael Worobey sums up key events that took place in Wuhan in December 2019 and January 2020. He drew a timeline of the first known cases, which he compiled from newspaper reports and accessible hospital data, among other things.

The scientist from the Institute of Ecology and Evolutionary Biology at the University of Arizona concluded that most of the early symptomatic cases could be linked to the Huanan animal market.

So far no clear evidence

So far, no clear evidence has been produced, as there are no samples from animals that were sold on the market at the time of the outbreak. Finally, the Huanan market was quickly closed and disinfected. However, this does not mean that the mystery surrounding the outbreak can never be solved, the researcher said.

Conclusive evidence could be obtained by analyzing spatial patterns from early cases in Wuhan and additional genetic data from additional samples from patients at the time. “The prevention of future pandemics depends on this effort,” said Worobey. 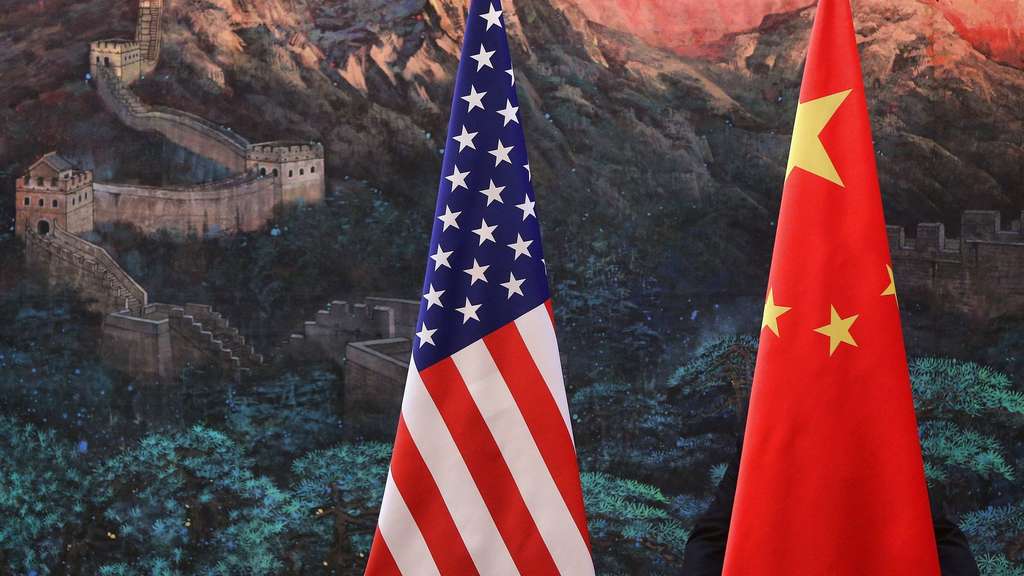 The USA looks worriedly towards Beijing. According to estimates by the US armed forces, the People’s Republic of China intends to have at least 1,000 warheads by 2030.

The virus first appeared in Wuhan at the end of 2019. However, a team of experts from the World Health Organization (WHO) was only allowed to travel to China more than twelve months later and had returned without clear results. The team then announced that it was not entirely clear whether the market was the actual outcome of the pandemic.

China does not want to allow a further investigation on site. Among other things, the US government accuses China of withholding information from the experts. Beijing accuses the US and other countries of misusing the pandemic and the search for the source of political attacks. dpa

4 days ago
The Chinese moon rover "Yutu-2" discovers a mysterious structure on the horizon. Now he should go there and examine it. What is it about?

Atomic conference in Vienna – Israel warns of “blackmail” by Iran

November 29, 2021
The nuclear deal with Iran is being negotiated again in Vienna. There are some hurdles in the way of a solution.

November 18, 2021
Jackie Chan first made famous in Asia and then worldwide with his action blasts with daring stunts and a lot of humor. A new Arte documentary is dedicated to the Chinese superstar.

November 10, 2021
The Olympic Winter Games in Beijing will begin in February 2022. A boycott is discussed again and again. Now the Dalai Lama is also making a statement.

The United States warns that China is strengthening: it could have 1,000 nuclear warheads...

November 4, 2021
The US has warned of the military strengthening and the advances that China is making: it could have 1,000 nuclear warheads in 2030.