Nanotyrannus: another species of T.rex?

The most famous dinosaur of all time is undoubtedly Tyrannosaurus rex . Since its first remains were discovered, the size, claws and ferocious teeth of this species have permeated the collective imagination to the point of making it a cultural celebrity . However, despite its widespread fame and the numerous investigations that have been carried out on this species, we still do not know very well how Tyrannosaurus rex grew . These enormous predators had to begin their journey through the world as simple young. How did his life go until he became a giant hunter? In recent years, it has been possible to study the growth regime of T. rex thanks to the analysis of fossils of juvenile specimens, which had been considered another species similar to Tyrannosaurus but smaller: Nanotyrannus . 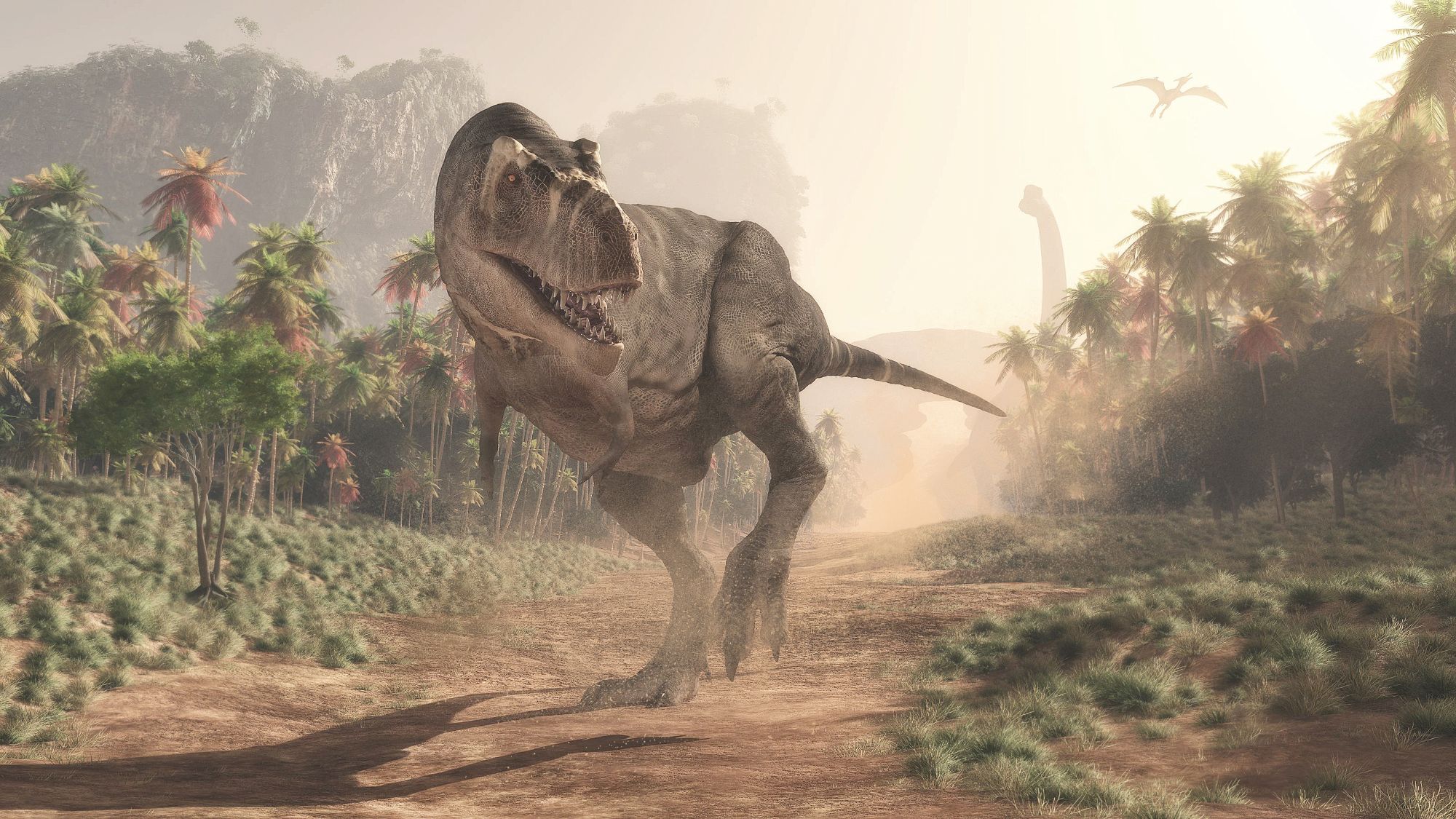 Holly Woodward , a paleontologist at the Oklahoma State University Health Sciences Center, led a team tasked with investigating the growth of Tyrannosaurus rex :

“There is still a lot to learn about dinosaurs, even from a dinosaur as famous as Tyrannosaurus rex. We still know very little about its life history: how a hatchling hatched from an egg grew into a 9,000-kilogram beast.”

The matter stirs up a lot of intrigue, but, in the words of paleontologist Steve Brusatte :

“We know that [T. rex] had to develop rapidly, from a hatchling probably not much larger than a pigeon to an adult larger than a bus, but we don’t have much information on how it grew through adolescence.”

A skull much like that of T. rex , but rather smaller, was found in the 1940s . Instead of large teeth capable of crushing any bone, it offered teeth in the form of sharper daggers. Other remains were joined to this skull in successive finds. All of them belonged to the same region and the same chronology in which T. rex lived . However, these remains were considered to be a distinct species, described as Nanotyrannus lancensis .

But recent research has cast doubt on the existence of this species . The debate began to unravel as soon as they discovered anatomical characteristics in T. rex that until then had been considered exclusive to Nanotyrannus . To help solve the puzzle, Woodward and his team conducted research on the remains of Nanotyrannus .

The study, published in the journal ” Science Advances ” in 2020, focused on two specimens of Nanotyrannus nicknamed Jane and Petey. They made very fine cuts in the femur and tibia of each fossil to analyze the growth rings that are reflected in the bones as well as the trace that annual growth leaves in trees. Together with the orientation of the blood vessels and the organization of the minerals, the observation suggests that the fossils were in full growth and at a vigorous rate.

There is no consensus about whether the first Nanotyrannus skull belongs to an adult or a juvenile, but many researchers point to the second option, so that no adult specimens of Nanotyrannus would exist . These evidences lead to the defense that the Nanotyrannus fossils are actually Tyrannosaurus rex . juveniles . In fact, it is not the first time that a miniature version of another dinosaur has been confused with another species .

It is true that the behavior of adult and juvenile T. rex must have been very different given their physical characteristics. Juveniles would have lighter legs and be able to move with greater agility, while adults were heavy and probably unable to run . The sharper teeth during the pre-maturity stage would cause the young T. rex to hunt different prey than the adults.

The researchers insist on the need to continue investigating to clear up all possible doubts about this issue and increase the knowledge we have about the growth of dinosaurs. Woodward is motivated about it:

“I think it’s fantastic that there is still so much to discover. I remember as a child reading a lot of books about dinosaurs and thinking: ‘I really want to study dinosaurs, but by the time I get older there will be nothing to study.’ I’m so glad I was wrong.”