The best of Spanish science in 2012 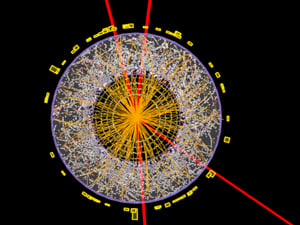 In 2012, the work of scientists in Spain gave headlines, opened news reports and featured on the covers of the best scientific journals, as highlighted by the SINC agency in its selection of the most outstanding research in sciencemade in Spain.

Thus, it should be noted that advances in the fight against aging took another step forward in May, when a team from the National Cancer Research Center (CNIO) led by María Blasco achievedprolong the life of mice by 24% with a treatment that works by introducing the telomerase gene into cells.

Two weeks later, Manel Esteller, from the Bellvitge Biomedical Research Institute, presented theEurope’s first epigenome. Their study described the epigenetic profiles – chemical modifications in DNA – of the white blood cells of two women, one healthy and the other with a genetic disease. In October, Esteller’s team, specialized in research with twins, announced the discovery of a chemical change in DNA that causes a woman to develop breast cancer and, on the contrary, her twin sister does not suffer from it.

On the other hand, two Spanish investigations have been the cover of the most prestigious scientific journals this year: first inSciencewhen, in mid-June, theThe dating of cave paintings in some Spanish caves raised the possibility that they had been made by Neanderthals, and not byhomo sapiens; and at the end of September, inNature, which led to its cover a work that elucidatedthe origin of a great stellar explosion that was observed in the year 1006, and whose remains were visible for three years.

In May it was also the cover ofNaturethetomato genome sequencingby an international consortium, in which several Spanish centers dealt with chromosome 9. A month later, another scientific group with Spaniards in their ranks described inSciencethe mutation responsible for making tomatoes prettier but less tasty. And speaking of sequencing, in June an international team with Spanish participation sequenced the expectedbonobo genome, the most “hippie” of the great primates and the only hominid species for which the complete genetic information was not yet known. And soon after, scientists from the Melonomics project figured outanother genome of a vegetable with great economic importance, that of melon. The international megaproject ENCODE, the Encyclopedia of DNA Elements, had the collaboration of twenty researchers from the Center for Genomic Regulation (CRG), two from the CNIO, and with the help of the National Institute of Bioinformatics. In September, 30 open access articles in four prestigious scientific journals unveiled ENCODE’s results onthe function of the so-called “junk DNA”, with millions of ‘switches’ that turn the activity of our genes on and off.

In the Large Hadron Accelerator (LHC), the laboratory where physicists hunted down the elusiveHiggs’ Boson(considered the discovery of the year), work, among other Spaniards, Carmen García, from the Corpuscular Physics Institute, in the ATLAS experiment; and Teresa Rodrigo, from the Instituto de Física de Cantabria and president of the CMS Collaboration Council.

There was also Spanish technologyon NASA’s Curiosity robotthat landed in 2012 on the red planet, specifically a Spanish environmental station (REMS) and a Spanish antenna.

2 days ago
New work on multiple dinosaur fossils reveals many tidbits about dinosaur metabolism. Was Triceratops warm or cold blooded? And Stegeosaurus? We explain it to you below.

3 days ago
Human beings are convinced that we are free, masters of our actions. But it may not be so.

3 days ago
One of the great mysteries of history is the disappearance of all the inhabitants of the English colony of Roanoke Island, in the United States.

3 days ago
Each telescope is capable of observing a tiny window to the universe. They do not cover the entire electromagnetic spectrum or the entire field of view.

Kepler, the Woody Allen of the Renaissance

The 'Dragon of Death', a new flying species that lived with the dinosaurs