Padeye
NewsTurf is getting more expensive - new catalog of...
News

Turf is getting more expensive – new catalog of fines is coming

It took a long time, but changes to the catalog of fines have now been finalized. Those who don’t follow the rules can now feel it more in their wallet.

Berlin – speeders and parking offenders will soon have to pay significantly more if they are caught. The Federal Council decided on Friday to make changes to the catalog of fines. The aim is to increase road safety. Cyclists and pedestrians should be better protected. Driving ban rules for driving too fast, on the other hand, remain unchanged.

Federal Transport Minister Andreas Scheuer (CSU) now has to sign the ordinance. According to the ordinance, the changes will come into force three weeks after the announcement – this is expected in autumn. The chairman of the conference of transport ministers, Bremen’s Senator Maike Schaefer (Greens), spoke of a strong signal for road safety. The novella is overdue.

Fines will be increased

This was preceded by long negotiations between the federal government and the federal states. Due to a formal error, stricter rules on fines in the new road traffic regulations were suspended last year. As a result, a political dispute arose, especially about the actually planned tougher driving ban rules when driving too fast – but these are not coming. Instead, the federal and state governments agreed to increase fines. Regulations on points in Flensburg when driving too fast remain unchanged.

Baden-Württemberg’s Transport Minister Winfried Hermann (Greens) said that those who did not obey the rules should feel it in their wallets. Hermann also spoke out in favor of a fundamental reform of the road traffic regulations. Traffic safety and environmental issues have to be the focus, so far this has been car traffic that is as flowing as possible. The Greens are negotiating with the SPD and FDP about the formation of a new federal government.

The bicycle club ADFC demanded: “The new federal government must take climate protection and road safety really seriously – and create a new, modern road traffic law for this.” and accidents in cycling, it is important to make sure that cycling becomes safer.

The President of the German Traffic Guard, Kurt Bodewig, said: “So far, the sentence has been simply too mild in many cases and the adjustments to the catalog of fines are therefore overdue.” The police controls would have to be strengthened. The ADAC also called for controls at dangerous spots and thus also the risk of being discovered, to be increased.

These are the specific new regulations

– Anyone who drives 16 to 20 kilometers per hour (km / h) too fast in urban areas and is flashed will soon pay 70 euros instead of 35. The faster, the more expensive: drivers who speed through the city at 91 km / h instead of the permitted 50 km / h pay 400 instead of 200 euros if they are caught, and so on. If you drive 16 to 20 km / too fast outside of town and get caught, you will soon pay 60 euros instead of 30, and here, too, the following applies: the faster, the more expensive. In many cases – that is, the speed limit levels – the fines are doubled.

– In the future, all those who park illegally on sidewalks and cycle paths, stop unauthorized on protective strips or park and stop in the second row will be asked to pay more. Parking in the second row will cost 55 instead of 20 euros in the future, and it will be even more expensive if other road users are hindered or endangered. In the case of more serious violations, the Federal Ministry of Transport also states that a point must be entered in the register of fitness to drive – if the violations hinder or endanger other road users. 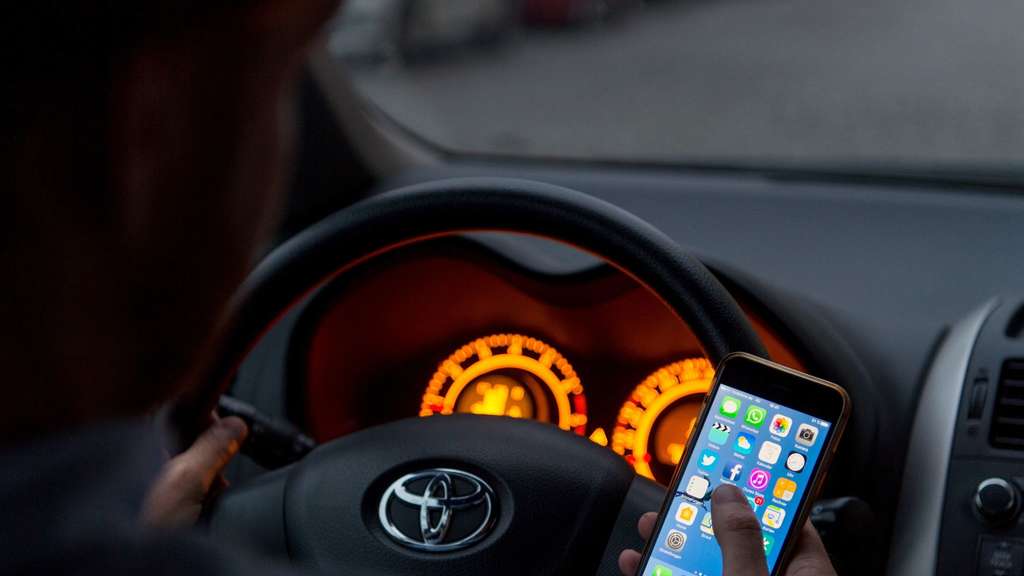 Minor violations in a short time: Is the driving ban appropriate?

For example, whether they drove too fast or were caught on the ear with their cell phone – some drivers accumulate several offenses. How high can a penalty then be?

Minor violations in a short time: Is the driving ban appropriate?

– The improper use of sidewalks, cycle paths and hard shoulders by vehicles is also becoming more expensive. Violations are punished with a fine of up to 100 euros instead of up to 25 euros. Some violations are accordingly more expensive for cyclists, as the ADFC explained. This applies when cyclists ride on a sidewalk in violation of the regulations. If an accident is then caused, it will cost 100 euros in the future.

– What’s new: Unauthorized parking in a parking lot for electrically powered vehicles and car sharing vehicles results in a fine of 55 euros.

– According to the ministry, the unauthorized use of a rescue alley will now be prosecuted and punished in the same way as the failure to create an escape alley. There is a risk of fines between 200 and 320 euros and a month’s driving ban.

– Truck drivers who violate the newly introduced obligation to only drive the truck at walking pace when turning right in town will be asked to pay 70 euros. dpa

All kinds of Merkel trinkets and the ubiquitous diamond

5 days ago
Soon the Chancellor will finally disappear from the political stage. But as it is in life: Nobody works quite well. Merkel also stays - at least as odds and ends in the household or children's room.

September 30, 2021
It was a long way. But now there will soon be changes to the catalog of fines. Core message: cyclists and pedestrians should be better protected.

A look back: Merkel, the parrots and the dress

September 24, 2021
16 years with Angela Merkel, that was always a topic in the culture and gossip section. In the last few meters of your chancellorship, the animals section becomes topical. It gets fluffy.

From now on, Spain is no longer a corona high-risk area

August 28, 2021
The federal government is removing Spain from the list of corona high-risk areas. A reason to be happy for the travel and tourism industry.

Energy counter-reform 2021 and the people

June 18, 2021
This counter-reform exercise, by not including Pemex, sounds more like an exercise in threat and loyalties, but dangerously tailored; Either you are with me or against me, says Claudio Rodríguez Galán.