After overtaking manoeuvre: 30,000-liter tank truck slips in a ditch

On Friday night, a tanker truck slipped into a ditch on the L3199 near Bad Orb in southern Hesse. According to the police, the rescue was difficult. 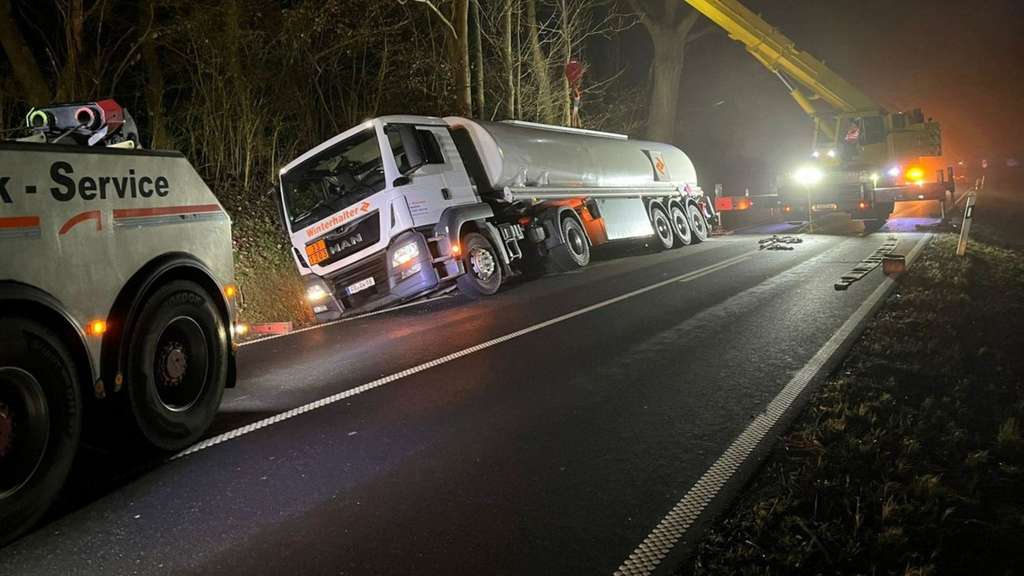 Because of overtaking maneuvers: Hünfelder lands in a ditch with a 30,000-liter tanker truck

Because of overtaking maneuvers: Hünfelder lands in a ditch with a 30,000-liter tanker truck

Bad Orb – The tanker truck loaded with around 30,000 liters of diesel came off the road early on Friday morning on Landesstraße 3199 (Main-Kinzig-Kreis*) and landed in a ditch. It took hours to salvage the tractor and the tank trailer, from which no charge escaped. As can be read on fuldaerzeitung.de*, the accident was preceded by a risky overtaking maneuver in the oncoming lane.

The 60-year-old driver of the tanker was unharmed. However, the rescue measures lasted several hours, so that the route was completely blocked until 6 a.m. *fuldaerzeitung.de is an offer from IPPEN.MEDIA.

3 hours ago
A new union vote will allow some 7,000 workers at the Silao plant to choose between four new unions, in line with the labor reform that seeks freedom of association.

6 hours ago
Pregnancy is an experience that brings with it a lot of moments, emotions and enthusiasm for that new member of the family that is about to arrive. There are so many things and they go by so fast, that keeping a diary is a great idea to remember them when you want to look back. That's why today we want to bring you the best you can find on the market.