Chosen the ten best electronic equipment of the year 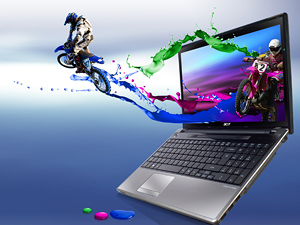 An ultra-thin television that offers three-dimensional images, a mobile phone with a 12-megapixel camera and the latest tablet are some of the electronic equipment awarded at the 6th Edition of the Digital01 Awards . These awards have been decided by a jury made up of journalists specializing in technology, in which Enrique Coperías, deputy editor of Muy Interesante magazine, among others, participated.

This year the experts wanted to give their recognition to the best teams in categories ranging from audiovisuals, through computers and gadgets. Thus, the award for the best computer of the year went to the laptop with a 3D screen Acer Aspire 5745DG, and the best TV to the Samsung LED 9000. The title of best video equipment of the year went to LG HR-550, while Yamaha YHT S400 and Bose SoundDock 10 have emerged as the best stereos. The award for the best tablet of the year is shared by Apple iPad and Samsung GALAXY Tab.

As for mobile phones , the one with the best camera according to the jury is Nokia N8, while Samsung Galaxy S can boast of the best screen of the year. In the field of video games, Wii Party has been voted family game of the year, and Gran Turismo 5 the best for gamers. The Parrot AR Done mini-robot helicopter has won the award for best gadget of the year, beating Samsung NaviBot and Nintendo 3DS.

Go from a traditional CV to a digital and comprehensive one

October 29, 2022
The reality is that a person's CV on paper does not accurately reflect whether that person is suitable for a job, says Guillermo Elizondo.

Review: Call of Duty Modern Warfare II; the title made for the fans

October 28, 2022
Activision presented the new version of one of the most endearing stories of its Modern Warfare saga. Is it redeemed after the criticism of Vanguard?

Prime Day does not save Amazon and reports only 15% growth

October 27, 2022
The big tech companies are disappointing shareholders and Wall Street's response is to stop betting on them.

Goodbye to “irregular import” cell phones: ZTE will block them in Mexico

October 27, 2022
The company explained that it will send a message to the smartphones from which it "does not recognize" its import.

October 27, 2022
Upon the arrival of the new 13th Generation Intel Core in Mexico, the company spoke about its most relevant segments.