Contact restrictions and dance bans: These corona rules will soon apply in Hesse

After the resolutions of the Prime Minister’s Conference on Tuesday, Prime Minister Volker Bouffier (CDU) commented on how to proceed with the corona pandemic in Hesse. 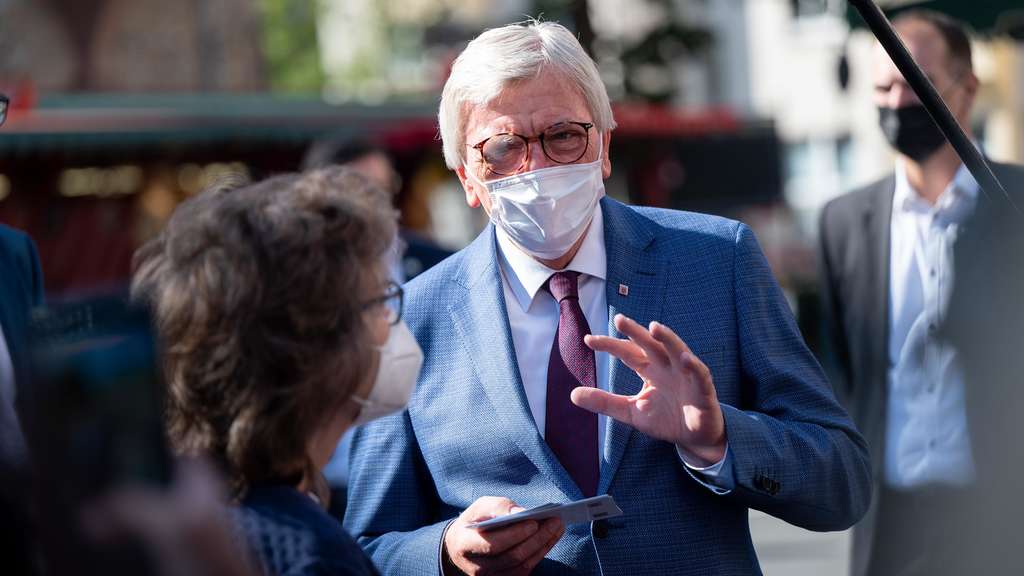 Corona in Hessen: rules are tightened – that applies after Christmas

Corona in Hessen: rules are tightened – that applies after Christmas

Wiesbaden – With a view to the spread of the Omikron virus variant, Hessen * tightened its Corona * rules after Christmas. As of December 28, only groups of a maximum of ten people will be allowed to meet in public, as Prime Minister Volker Bouffier (CDU) announced on Wednesday in Wiesbaden.
What further tightening of the corona rules there are also reveals fuldaerzeitung.de. *

If people who have not been vaccinated or who have not recovered are present at the meeting, only meetings from one household and a maximum of two people from another household are allowed. In the private sector, Hesse still has an urgent recommendation for these contact restrictions. There is no prohibition. That means: The state continues the “Hessian way”. According to Bouffier, controls are not feasible. The operation of dance halls, clubs and discos is prohibited nationwide and regardless of the local infection numbers, as Bouffier explained. * fuldaerzeitung.de is an offer from IPPEN.MEDIA

1 hour ago
The Stuttgart 21 railway project has been under construction for 12 years. Since then, the cost has risen several times, and continues to rise.

1 hour ago
Heidelberg - Nicolai G. is considered a quiet type. Until he enters a lecture hall at Heidelberg University, heavily armed, killing one person and seriously injuring three others.

1 hour ago
How is the pandemic affecting the lives of older people? A survey makes it clear that loneliness is a big issue. One group of seniors in particular is affected.

2 hours ago
In Tennessee, a school district decides to remove the Holocaust comic "Mouse" from the curriculum. The decision sparked a major controversy in the United States.

2 hours ago
While Paris is dreaming of London, after the mashed potatoes battle in the women's prison, the scores are settled