Padeye
NewsCorona “walk” in Fulda: Criticism after the use of...
News

Corona “walk” in Fulda: Criticism after the use of pepper spray by the police

The most recent “walk” by critics of the Corona measures in Fulda is causing heated debates. The police operation in the city center is being discussed. 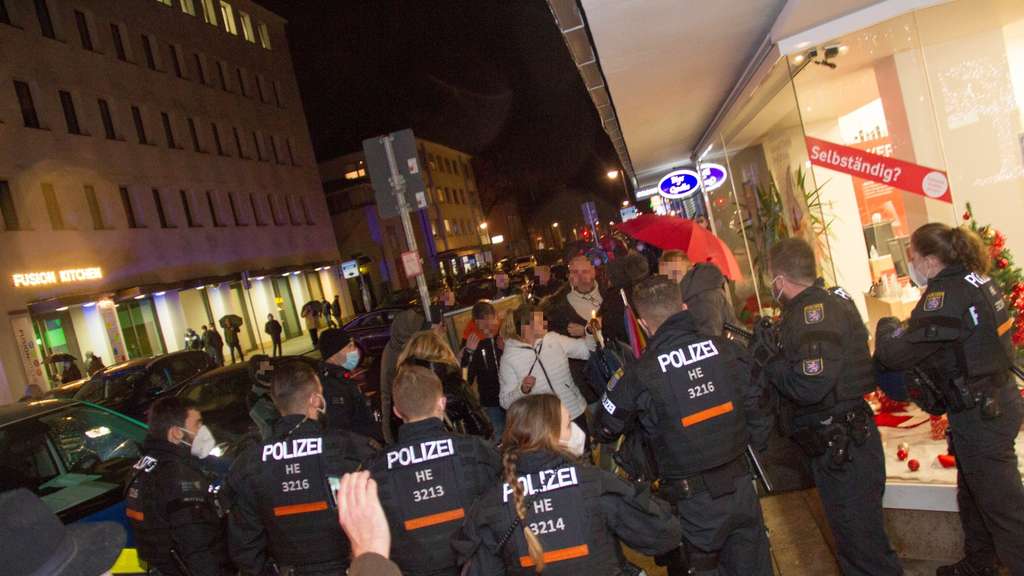 Heated debates after Corona “walk” in Fulda: Investigations against a demonstrator and an official

Heated debates after Corona “walk” in Fulda: Investigations against a demonstrator and an official

Fulda – “Back or pepper!”, Police officers call out to a group of “strollers”. This can be seen in a three-minute video that shows scenes from the riots during the Corona “walk” on Monday evening and that made the rounds in Fulda on Tuesday. About 20 demonstrators and an equal number of officials face each other on the corner of Bahnhofstrasse and Heinrichstrasse. Why the situation at the Corona demo in Fulda escalated, reveals fuldaerzeitung.de *.

The day after, critics accuse the police of using unnecessary force. One thing is clear: the pictures only show a small part of the confrontation. A chain of riot police had posted themselves here to stop the “strollers” and to dissolve the meeting because Corona requirements had not been complied with. * fuldaerzeitung.de is an offer from IPPEN.MEDIA.

6 hours ago
The negotiation comes a day after the Ad Hoc group of creditors filed an objection to the airline's restructuring plan.

8 hours ago
The Novavax vaccine should bring a new boost to the vaccination rate. And convince skeptics. However, an expert draws a spectacular comparison with the vaccine.