Climate change is currently showing two faces in several African countries. Aid organizations and the UN are alarmed. Drought and floods destroy the livelihoods of hundreds of thousands of people.

Bentiu / Mogadishu – Some long for water for their withered fields, others literally have it up to their necks and higher.

While Madagascar has experienced the worst drought in decades and the Horn of Africa has also assumed increasingly dramatic proportions, at least 850,000 people in South Sudan are suffering from the worst floods in a long time.

The annual floods of the rainy season did not bring the needed water, but the destruction of crops, houses and livelihoods. Extreme weather, which occurs more frequently than before due to climate change, is currently affecting people in several African countries with great severity.

Pictures from the southern Sudanese state of Unity, for example, are dramatic: sometimes only the roof tops of the tukuls, the traditional round huts, protrude from the muddy waters. In Bentiu, one of the larger cities in the region, the refugee camp that was originally set up for internally displaced people following ethnic conflicts is overflowing. Now the inhabitants of flooded villages are stranded here after often days of walking. Most of them were barely able to take anything with them; their crops were destroyed in the worst floods in decades. Latrines are under water and diseases threaten to spread.

“We slept in the water,” reported the farmer Nyapuoa Kuol Bachuy to helpers in Bentiu. “Our livelihoods have been destroyed. We have nothing to start a new life and we are all wondering how in the world we can survive it. ”The family who grew fruit and vegetables and thus had a comparatively good income suddenly needed help – how so many people in the country that was already severely underdeveloped after years of civil war before its independence.

“In South Sudan we are seeing how extreme weather conditions are destroying people’s livelihoods: floods are becoming more and more extreme in terms of extent and length. For people that means less harvest and less income, but more hunger and desperation, “says Bettina Iseli, program director of Welthungerhilfe, which has provided almost 400,000 euros in additional emergency aid to provide families with the bare minimum and to strengthen the softened dykes.

Waiting for the rain

In parts of Somalia, Ethiopia and Kenya, on the other hand, people are longingly waiting for rain. The Somali government declared a state of emergency a few weeks ago, and the UN emergency aid agency OCHA spoke of a dramatic situation. According to the latest reports, more than 3.2 million people have been affected by the effects of the drought, around 169,000 have so far fled their villages in order to find water or grazing land for their animals elsewhere.

“The current drought has destroyed livelihoods and brought families to the brink of disaster,” warned Khadija Diriye, Somali minister for civil protection, on Monday.

According to UN estimates, Somalia is the country in Africa hardest hit by drought. In the coming months, the number of people who have to leave their villages because of the drought could rise to 1.4 million – and according to current calculations, the harvest in January should be 50 to 60 percent below the ten-year average . “The lives of the people in Somalia are at stake, and we have no time to lose,” said Martin Griffith, head of the UN emergency agency OCHA.

In fact, sub-Saharan Africa is one of the regions in the world where the consequences of climate change are having particularly dramatic consequences. The frequency of droughts and floods has also increased. “We are talking about so-called cascading effects,” says Christoph Gornott, agricultural scientist at the Potsdam Institute for Climate Impact Research and professor at the University of Kassel. He is mainly concerned with adapting agricultural systems. Cascading effects are used when the effects of climate change have further effects on areas that are not directly affected by climate change – i.e. there is a chain of climate change influences – and thus exacerbate existing problems. 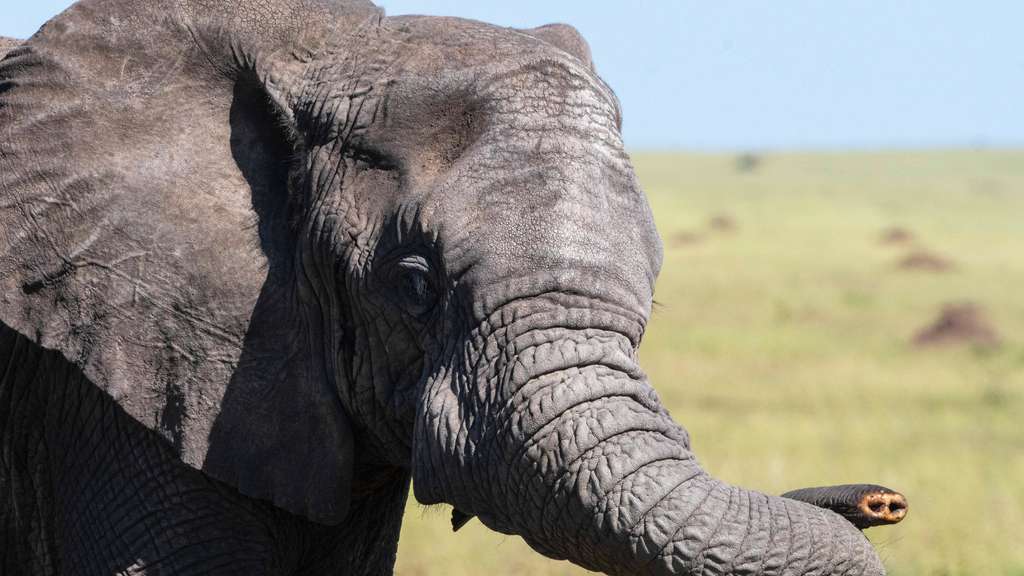 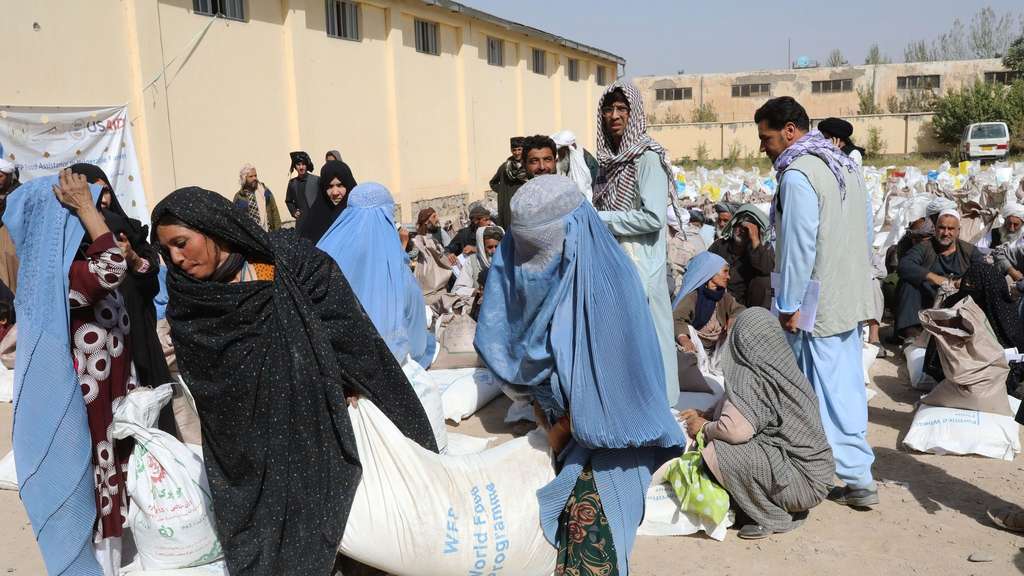 No more rice, not a drop of oil: the hunger crisis in Afghanistan

No more rice, not a drop of oil: the hunger crisis in Afghanistan 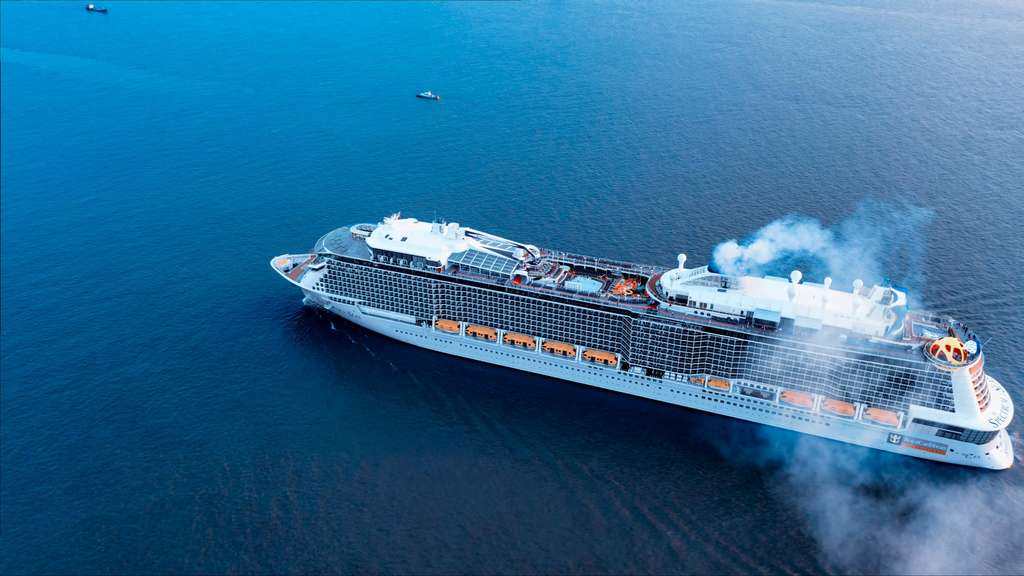 An example: “In Africa there is mostly very old soils that are often poor in nutrients and prone to erosion,” explains Gornott. In the event of drought, there is a risk of wind erosion; in the event of floods, part of the soil is torn away by the water. In the long term, climate change threatened falling agricultural yields and, in the event of droughts and floods, crop failures – and all of this in a region that is already considered to be “vulnerable” and has to contend with numerous other problems. “This in turn has an impact on the nutritional situation, as it is now in Madagascar. We have less of these cascading effects in Europe, ”said Gornott.

The rise in temperature due to climate change will lead to greater warming of the land mass. In the almost everywhere warm climate of African countries, this not only makes physical work more strenuous, the changed conditions also have an impact on the growth of plants. The higher temperature also removes water from the soil – even in those areas where it rains more than in previous years and decades.

Not all problems such as soil erosion can be traced back to climate change; deforestation for the production of charcoal also plays a role. The scientist emphasizes that it is important to go beyond pure emergency aid to support the affected states in creating resilience to the consequences of climate change, for example through reforestation. “The time to act is getting scarcer.” Dpa