Padeye
NewsFrom Laika to Lassie - How some dogs became...
News

From Laika to Lassie – How some dogs became legend

Whether in a comic strip, as a film heroine or in real life – many an animal has become idol.

Berlin – Thanks to some celebrities, their loyal companions also achieved fame and honor – other Fiffis made it through their own efforts. Eight four-legged friends became a legend on World Dog Day on October 10th.

SNOOPY: When he’s not at his typewriter, he reads Leo Tolstoy’s “War and Peace”, albeit very slowly: namely only one word a day. The black and white comic figure – invented by the American cartoonist Charles M. Schulz – has been commenting on the course of the world from the roof of his doghouse since 1950 and dreams of a career as a fighter pilot or a writer. Together with his master Charlie Brown and others, Snoopy forms the “Peanuts”.

UGGIE: His appearance in the Oscar-winning black and white silent film “The Artist” (2011) made him famous alongside Jean Dujardin: At the Golden Globe Gala in 2012, the yapping star with a black bow tie tripped over the red carpet at the At the Cannes Film Festival, Uggie received the “Palm Dog Award”. The Jack Russell Terrier with the faithful eyes and the brown-spotted ears was the first film dog to be honored with a paw print in the cement on the famous square in front of the Chinese Theater in Hollywood.

PLUTO: The forever sleepy house dog and loyal companion of Mickey Mouse has a special role in Disney’s classics: because he is the only animal that has not been humanized there. Pluto is and remains essentially a dog – even if the lovable clumsy in “The Moose Hunt” from 1931 is allowed to speak a few words for once. Whether fishing or surfing – Mickey and Pluto do everything together. The planet Pluto, discovered in 1930, is said to have given its name.

LASSIE: The collie lady, created by US writer Eric Knight in 1938, is one of the most famous dogs in the film industry and has a star on the Hollywood Walk of Fame. Her story has been staged countless times for cinema and television. In the first screen epic from 1943 (“Lassie Come Home”), the four-legged heroine saved the then ten-year-old Elizabeth Taylor. In 2020 she returned to German cinemas with “Lassie – an adventurous journey”.

BARRY: Others only played in front of the camera – but the rescue dog of the monks on the Great St. Bernhard in the Swiss Alps was a hero of reality and a legend even in his lifetime. Barry, born in 1800, is said to have been involved in the rescue of 40 people. His most important task: to find the way back even in heavy snowstorms. The Swiss national dog died in Bern in 1814, was preserved and exhibited there in the natural history museum. Today devices for searching for avalanche victims are called “Barryvox”. 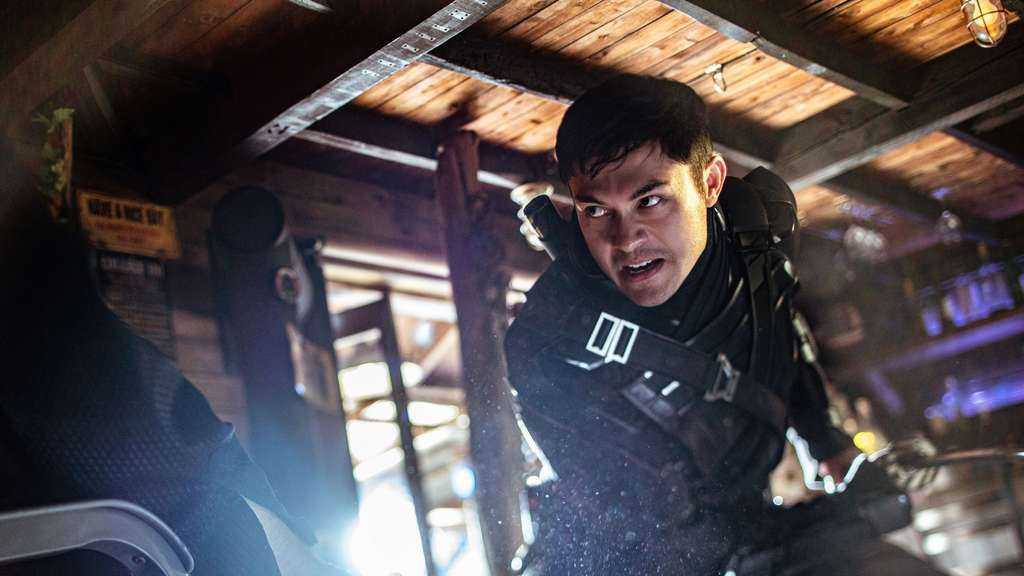 Robert Schwentke takes us to an Asia between modernity and tradition: Martial arts fans get their money’s worth as well as Japan friends. 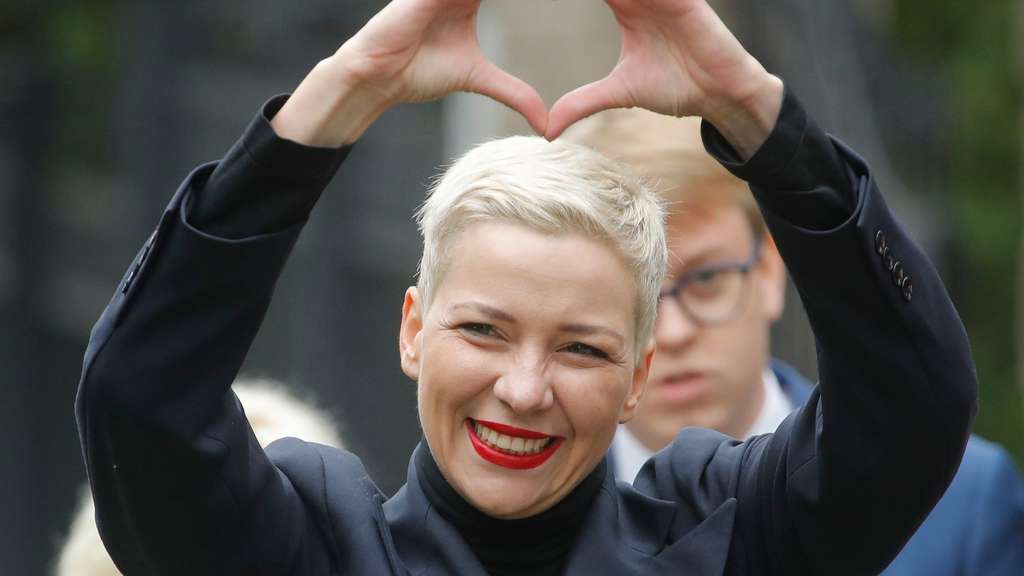 In Belarus, the opposition activist Maria Kolesnikowa is fighting against the ruler Lukashenko and is arrested for doing so. In absence, the 39-year-old is now being honored for her commitment. 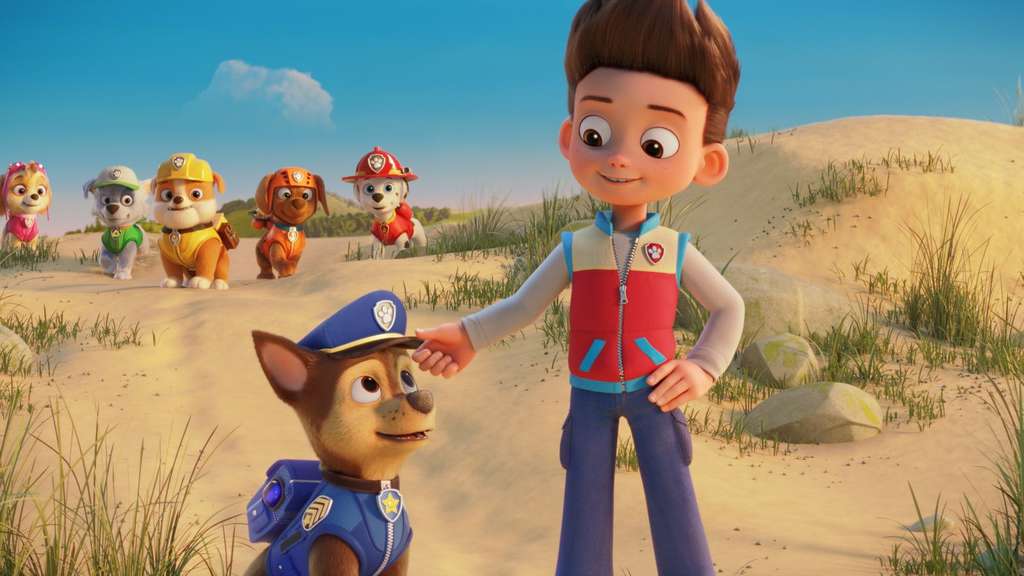 Famous Puppies in the Cinema – A Paw Patrol Cheat Sheet

“Helpers on four paws”: The puppies from “Paw Patrol” have become an indispensable part of the children’s rooms of many families. A guide to scoring big points with the little ones.

Famous Puppies in the Cinema – A Paw Patrol Cheat Sheet

BO: In 2009 Barack Obama kept a campaign promise to his daughters and made the Portuguese water dog Bo the nation’s “First Dog”. “We have to make sure that someone greets us at the door when we come home,” said the US president at the time. Sunny followed in 2013, then just one year old. The two became loyal companions even on state visits.

LAIKA: Whether monkeys, mice, dogs or fruit flies – before the first humans ventured into space, they sent test animals ahead to be on the safe side. The Russian bitch Laika, for example, was the first living creature to be specifically brought into orbit and made space history with it. On November 3, 1957, it took off into space on board the Soviet space capsule “Sputnik 2” – but did not survive the unusual journey.

HACHIKO: The statue of Japan’s most famous dog in front of Shibuya Station has become one of Tokyo’s landmarks and central meeting places. In the 1920s, the Akita accompanied his master to the train station there every morning – and picked up Professor Ueno in the evening. Even when he died unexpectedly in 1925, the now abandoned Hachiko waited for years and thus became the epitome of the faithful companion. The Swedish director Lasse Hallström filmed the story in 2009 with Richard Gere. dpa

Many “lockdown dogs” end up in British animal shelters

2 days ago
During the corona pandemic, many people did not want to be alone - and bought pets. According to a BBC report, many dogs have now been given back in Great Britain.

Eating a vegetarian diet for your dog? That can get really expensive in a...

4 days ago
Some people do almost anything for their dog. But well-intentioned does not always mean well done. In England there is therefore a tough law for dog owners.

5 foods you should never give your dog

September 17, 2021
Ideally, dogs should not eat our leftovers but rather their food. Never give your pet these five foods. They can have risks to your health.

Record income from dog tax in the Corona year 2020

September 14, 2021
On the dog because of Corona: A trend that gives cities and municipalities more income through the corresponding tax.