Almost three weeks ago the volcano erupted on the island of La Palma for the first time in 50 years. On Thursday there was another lava flow and a strong earthquake.

Madrid / La Palma – A relatively strong earthquake and a new lava flow have caused unrest on the volcanic island of La Palma. The German press agency reported on Thursday afternoon. With a magnitude of 4.3, the tremor registered on Thursday was the most violent since the volcanic eruption two and a half weeks ago on the Canary Island, said the Spanish Seismological Institute. There is currently no end in sight to the activity of the “Cumbre Vieja” – on the contrary, the volcano seems to be becoming more aggressive *.

The quake was felt by many of the 85,000 inhabitants of La Palma, but it took place at a depth of around 35 kilometers and therefore does not pose a great risk to volcanic activity, said experts quoted by the media. Damage was initially not reported.

In the meantime, according to the regional authorities, a tributary of the lava was created. Areas previously spared have been affected, but are not very large. Plantation workers and scientists, however, should have been brought to safety in a hurry, it said.

Volcano on La Palma: Air traffic interrupted due to ash

Because of volcanic ash, air traffic to the island was interrupted for an indefinite period on Thursday, as the airport operator Aena announced. The airlines Binter and Canaryfly had announced the day before that they would no longer fly to the island from Thursday. The only option left for travelers was the sea route. The ferries take about four hours to the next larger neighboring island of Tenerife, where air traffic ran normally.

Authorities called on people near the volcano to stay at home because of the ash rain and to wear FFP2 masks and goggles outdoors. The ashes are small splinters of cold magma that the volcano has thrown into the air and that can be felt on the skin like fine pinpricks, as the newspaper La Vanguardia reported. 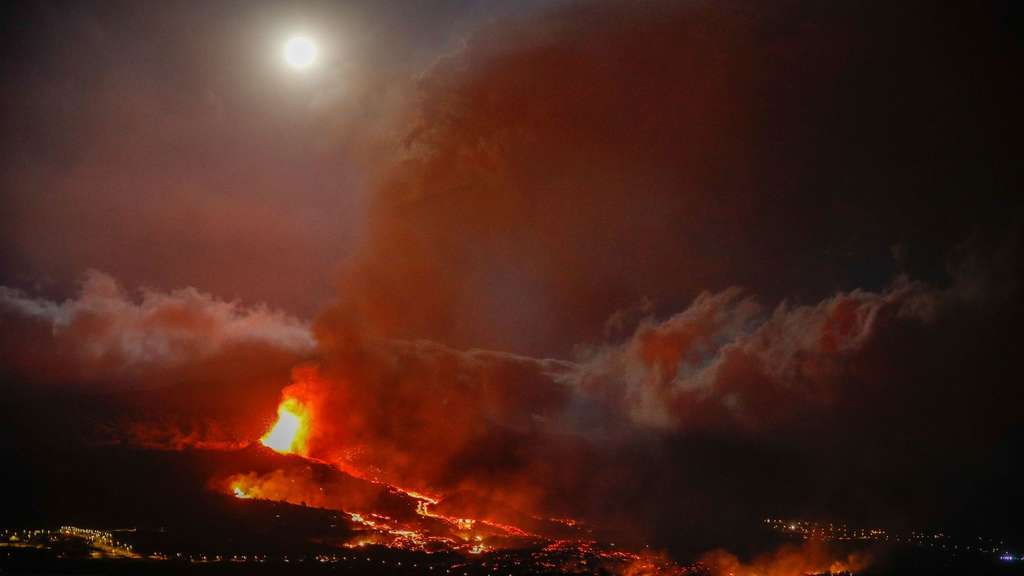 The lava, which is more than 1000 degrees Celsius, makes its way down from the volcano. Over 150 houses have been destroyed so far, more than 100 hectares are already covered with a black, meter-thick layer. 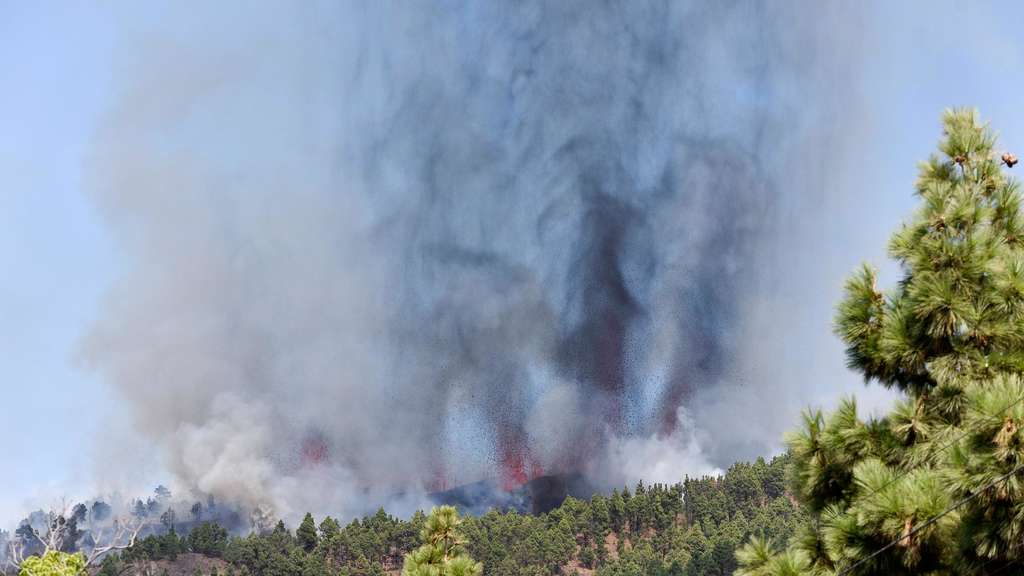 On the Canary Island of La Palma the earth has been shaking for days. Now is the first volcanic eruption in 50 years. 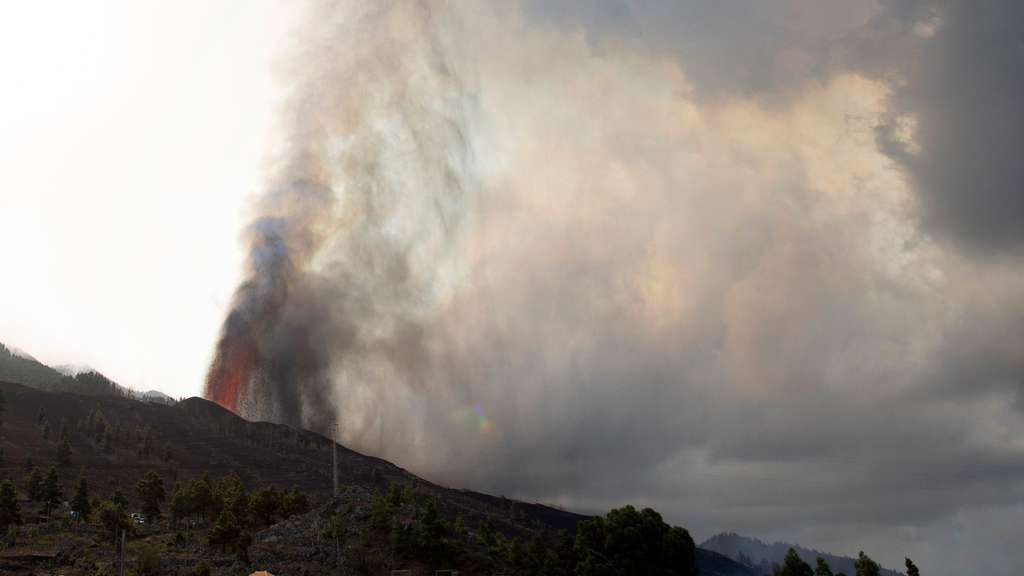 Volcanic eruption in the Canary Islands: Thousands of people on the run

On La Palma in the Atlantic, thousands of people have to be brought to safety before a volcanic eruption, including holidaymakers. The Canary Island could face a long state of emergency.

Volcanic eruption in the Canary Islands: Thousands of people on the run

The volcano in the south of the island, which was previously less known to tourists than other Canary Islands such as Tenerife, Fuerteventura, Gran Canaria or Lanzarote, erupted on September 19th for the first time in 50 years. How long he would remain active, volcanologists could not say. It could take months, it said *.

According to official reports, the lava has destroyed more than 1,000 buildings since the eruption began. Around 6,000 people were brought to safety. There is great damage to agriculture and infrastructure. (dpa) * Merkur.de is an offer from IPPEN.MEDIA

9 hours ago
The volcano Cumbre Vieja on La Palma spits lava and soot. Hundreds must be brought to safety. There was another explosion that night.

1 day ago
Numerous existences have been destroyed by the volcanic eruption on La Palma. German emigrants are among those affected. You are faced with nothing.

Who is the mysterious team A that has supposedly rescued the dogs from La...

1 day ago
All the information about the A team that claims to have rescued the dogs that were trapped in a pond on La Palma.

2 days ago
The volcano Cumbre Vieja on La Palma spits lava and soot. Again hundreds have to be brought to safety and a poison cloud created uncertainty.

4 days ago
The volcano Cumbre Vieja has been spitting lava and soot on La Palma for a month. There is no end in sight.