In Mexico, 652 people were arrested in cold stores. The corresponding semitrailers of the articulated lorries were intercepted just a few kilometers from the border with the USA.

Hidalgo – Mexican soldiers discovered a total of 652 Central American migrants in sealed refrigerated chambers in the trailers of three articulated trucks. Among them were 349 minors, 198 of them unaccompanied, as Mexico’s immigration authority INM announced on Friday.

Around 87 percent of people come from Mexico’s southern neighbor, Guatemala. The migrants lacked air, food and water in the trailers, it said. They were allegedly victims of people smugglers and have now been handed over to the security forces of the state of Tamaulipas. 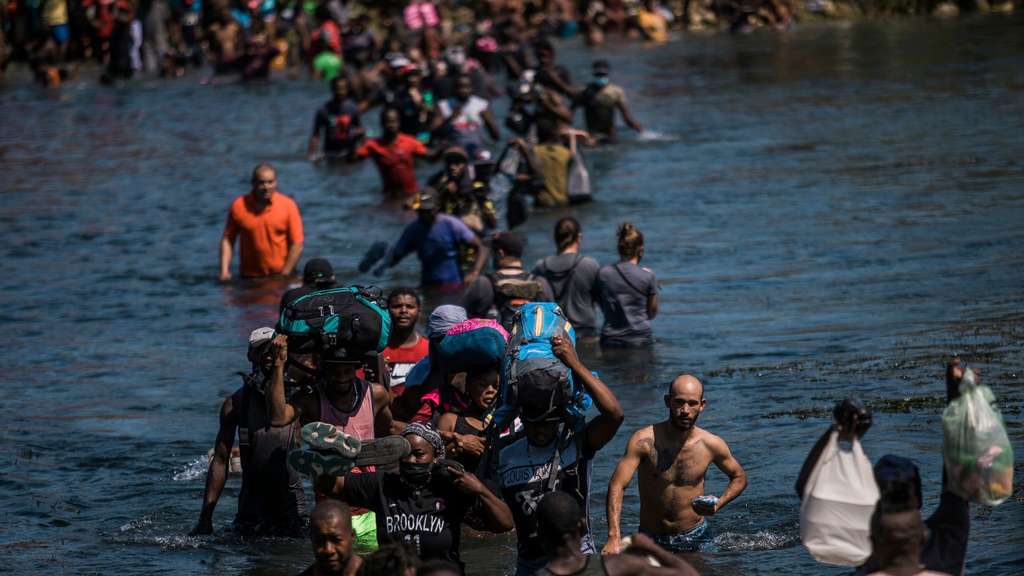 Within a few days, the situation in a small town in the south of the USA has come to a head: Thousands of migrants are waiting under a bridge there. The authorities rely on mass deportations.

The damage to “Ida” has not yet been repaired when another hurricane is already reaching the USA. His first destination: Texas. Over land it weakens to a tropical storm. But it remains dangerous.

They are images of chaotic conditions that come from the US city of Del Rio on the Mexican border. Thousands of migrants are waiting there under a bridge. The US government shows a clear edge.

The articulated trucks were reportedly stopped on Thursday evening (local time) at a military checkpoint in the municipality of Hidalgo in northeast Mexico, a good 300 kilometers from the US border. Tamaulipas security forces said four people were arrested.

The number of people caught illegally entering the United States on the border with Mexico has risen sharply this year – more than 200,000 in July and August each. There are many unaccompanied children.

Most of the migrants come from Mexico or from one of the Central American countries Guatemala, Honduras and El Salvador. There is a lot of poverty, violence and corruption there. Added to this are the consequences of droughts and natural disasters. Many people from other crisis countries in the region, such as Haiti, Cuba and Venezuela, recently dared the long, dangerous journey through Mexico. Many migrants do not even reach the US border, but are held up by Mexican soldiers and sent back. dpa

16 hours ago
The Gotham Awards will be presented in New York at the end of November. This marks the beginning of the film industry's trophy season. The first favorites have already been determined.

16 hours ago
Two young directors from German film schools will receive Oscar honors. Gold and silver student Oscars go to short feature films, both of which tell a dramatic story.

17 hours ago
Several people were killed and injured during the shooting in a bar. Including several Germans.

17 hours ago
Adele is apparently a big fan of her colleague Celine Dion. Her admiration goes so far that she even keeps a very personal “work of art” of her at home.

17 hours ago
Since March 2020, people from many countries around the world have been subject to a far-reaching ban on entry to the USA. The tourism industry in New York suffered massively as a result. You can now enter the country again soon.