Since March 2020, people from many countries around the world have been subject to a far-reaching ban on entry to the USA. The tourism industry in New York suffered massively as a result. You can now enter the country again soon.

New York – Through a dark corridor, which is repeatedly brightened by flashes of light, it goes to the elevators. “Wow, it’s like going to an amusement park,” giggles a group of young women. Music sounds. “Welcome to the opening day of” Summit “,” calls out a woman and guides the group to an elevator that is just arriving.

Cheering, clapping and taking photos and filming with their cell phones, the women who have come from Florida get on board, can be driven to a height of around 330 meters in a few seconds – and then have the sea of houses in the city at their feet. “Wow!”

“Summit One Vanderbilt” is the newest attraction of the metropolis New York: A viewing platform high up in the skyscraper “One Vanderbilt”, right next to the Grand Central train station in Manhattan. The platform, which opened on Thursday, offers a panoramic view of the metropolis, art installations, outdoor terraces and a glass elevator on three floors. As designed for Instagram, silver balls fly in front of the skyline, or visitors and the sea of houses are reflected in all directions. The ticket prices start at around 40 dollars (about 35 euros), for the visit a vaccination against the coronavirus must be proven.

Even at the opening, hundreds of visitors streamed into the skyscraper – most of them New Yorkers or tourists from other parts of the USA. For people from many other countries in the world, including Germany as part of the EU, the corona pandemic has been subject to a far-reaching entry ban since March 2020. From November 8th, entry will be allowed again – and many in the New York tourism industry, which has suffered massively from the entry ban, can no longer wait.

The city already has several spectacular viewing platforms: On the Empire State Building, “One World Observatory” on the One World Trade Center and “Top of the Rock” on the Rockefeller Center. A few days before the entry stop, “The Edge” in the Hudson Yards district in west Manhattan was added in 2020 – and now the opening of “Summit One Vanderbilt” is a sign that New York is finally ready for tourists from all over the world again.

Before the pandemic, the industry in New York was on a permanent record course. In 2019, a record was set for the tenth year in a row with 66.6 million visitors. In 2020, only around 22.3 million people had traveled to New York, most of them before the start of far-reaching Corona restrictions in the spring. For 2021, the New York tourism authority NYC & Company expects a total of 36.4 million, most of them from the USA – and above all hopes to be able to save the traditionally popular Christmas business. With “It’s Time for New York City” (in German: “It’s time for New York City”) and “New York City Is Ready for You” the agency advertises in several countries of the Welt just as part of a multi-million dollar campaign. 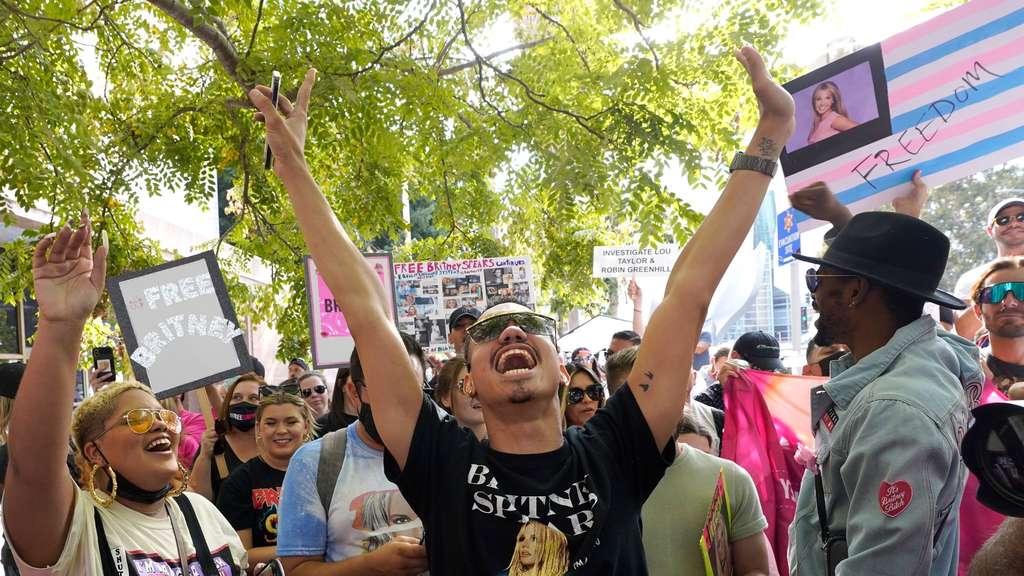 Britney Spears wins over her father

Britney Spears was under her father’s tutelage for 13 years. In her fight against it, the singer received numerous support. Now the court is also taking the side of the pop star.

Britney Spears wins over her father 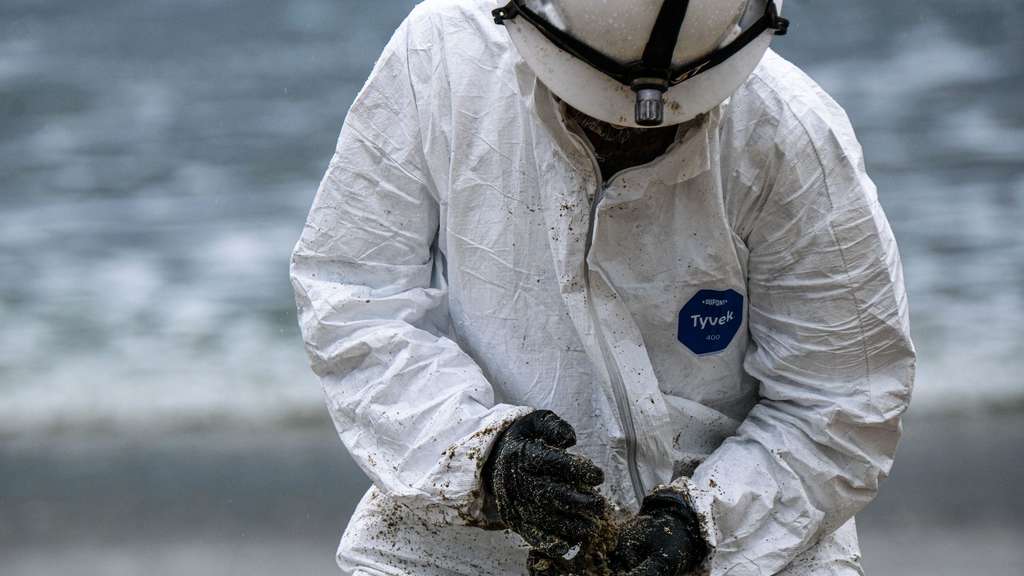 Oil spill in California: crack in pipeline on the ocean floor

Divers have discovered the oil leak off the California coast: a crack in a pipeline. But that’s not all. How did the massive damage to the oil pipeline come about?

Oil spill in California: crack in pipeline on the ocean floor 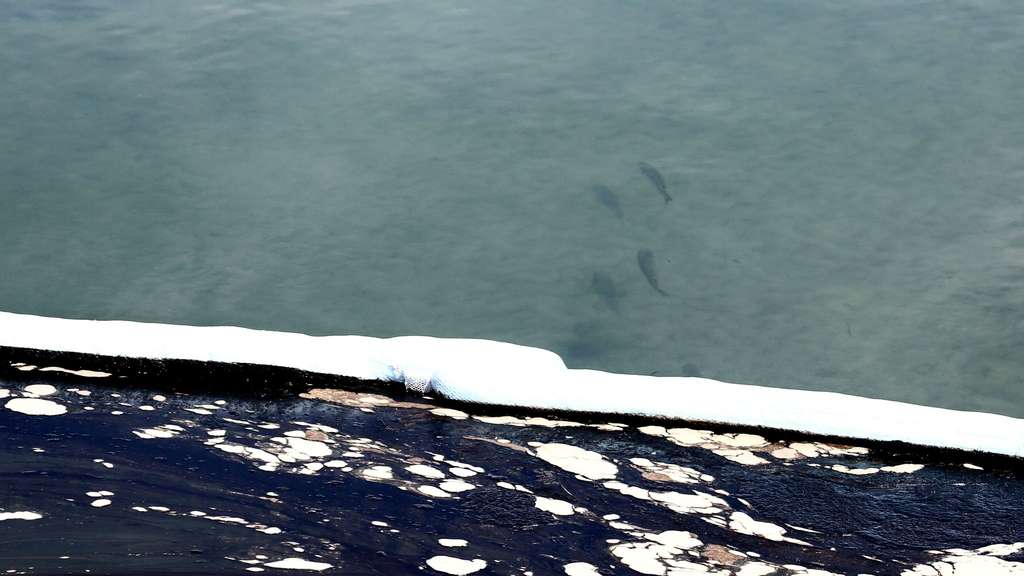 Empty beaches, lumps of tar in the sand, an oil spill on the water: Southern California is fighting an impending environmental disaster. Exactly how this came about is still being investigated.

Hundreds of thousands of jobs depend on the tourism industry in New York – including that of Sanel Huskanovic. The 39-year-old, who was born in Bosnia and later came to Germany as a war refugee, ran a travel agency near Times Square, mainly for German-speaking tourists, before the pandemic. “We were completely geared towards the European market and with the travel ban there were suddenly no fewer customers, but no customers at all.”

Huskanovic could no longer afford the rent for his apartment and spent most of the past few months sleeping on the sofa with friends. “On the one hand, it was really bad because everything I worked for seven years collapsed in just a few weeks. On the other hand, it wasn’t easy for anyone. I bought a bike and cycled a lot, going to the beach almost every day. You set new priorities and see what’s important in life. “

With the end of the entry ban, Huskanovic now hopes to be able to rebuild his company – with changes. For example, he does not want to offer a tour of all five districts for the time being because of the increased crime rate in New York. Bookings have already been made for the tours that he wants to offer again. “Of course I’m very excited and really happy. We already get a lot of emails and inquiries, ”says Huskanovic. “People have missed New York, this city they know from TV and the movies. It’s not about shopping or anything, it’s about this city – that’s where you can see how attractive it is. Everyone missed that and hope to find this energy here again. ”Dpa

19 hours ago
When a student shoots around in a US school, the parents are almost never charged. In this case, according to the public prosecutor, the parents are said to have acted with gross negligence.