The number of new corona infections in Germany recently reached record highs. According to RKI data, the omicron variant is more and more often behind it. What does this mean for the situation of the intensive care units?

Berlin – The rolling omicron wave in Germany has not yet had an impact on the intensive care units.

The number of people infected with corona treated there has fallen just below the 3000 mark for the first time since mid-November, according to data from the Divi intensive care register (as of Thursday). Since the peak of the fourth wave in December with around 5,000 corona intensive care patients at the same time, the number has steadily decreased. The trend is also declining in the number of reported first-time admissions. However, experts see no reason to give the all-clear for the next few weeks, partly because of open questions about Omicron and an expected further increase in infections.

“Not so quick to rise again”

In general, there is a delay before an infected person – in the worst case – ends up in the intensive care unit. The duration can vary depending on the variant, from a good week to more than two; there is still no certainty regarding Omikron.

“We should not see an increase in the number of intensive care patients in Germany quite so quickly,” expects Christian Karagiannidis, scientific director of the Divi intensive care register, in an interview with the German Press Agency. While with the Delta variant around every fifth corona patient (20 percent) who came to a hospital required intensive medical care, with Omikron it was only around every tenth patient, he said. In addition, there are the comparatively strict measures in Germany, which could possibly lead to an increase in infections that is not quite as explosive as in other countries. 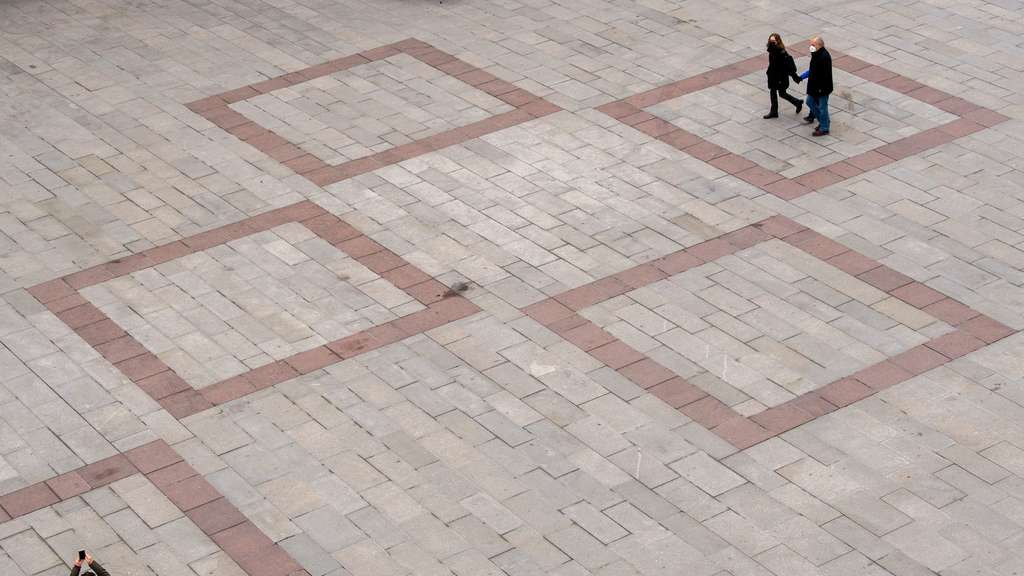 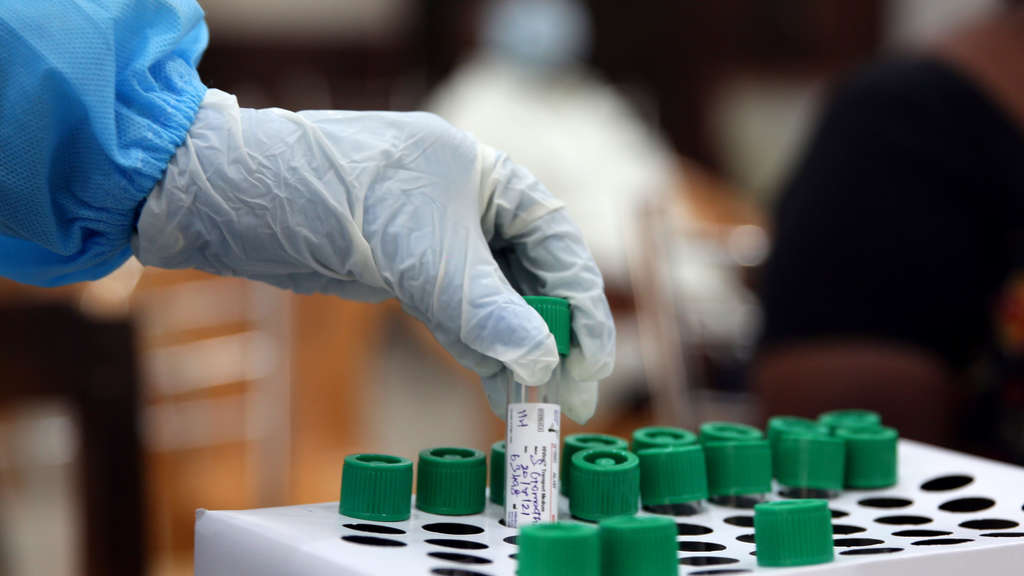 Statistics professor fears the infrastructure will “stand still” – up to 150,000 people in quarantine every day?

Statistics professor fears the infrastructure will “stand still” – up to 150,000 people in quarantine every day? 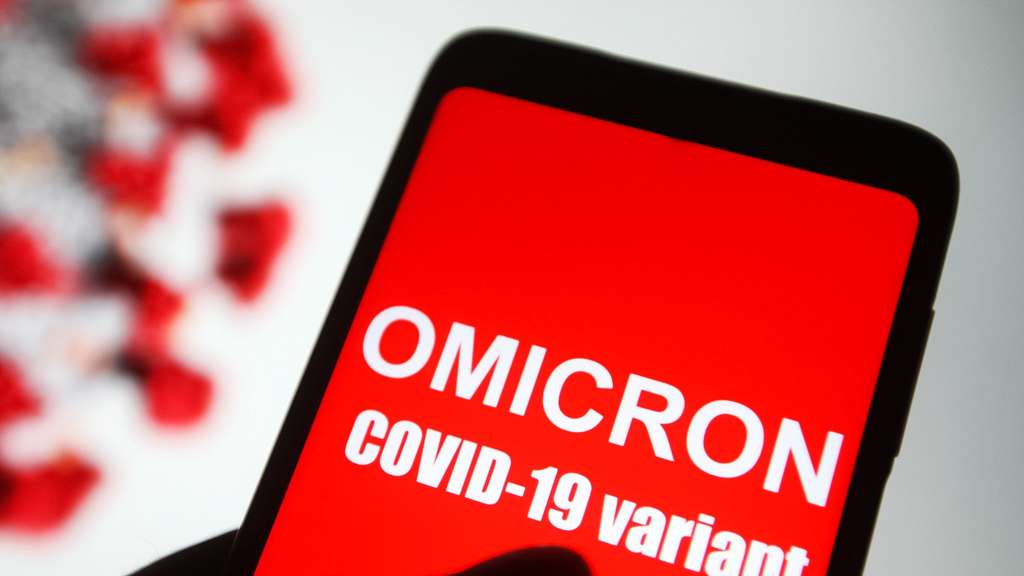 RKI assigns around 3200 corona cases to Omicron – one death

RKI assigns around 3200 corona cases to Omicron – one death

However, the Cologne professor warned against dismissing Omicron as mild – even if the variant per se is actually less pathogenic than Delta. “There is also a risk with omicron, especially for people who are not vaccinated,” Karagiannidis said. “Unvaccinated people are currently the main clientele in intensive care units.” With a basic immunization or after an infection plus vaccination, one is well protected against a severe course.

Danger of omicron for the elderly

Not all questions with regard to German peculiarities have yet been clarified: “It is still open: What happens when Omikron reaches older and very old people? That still worries me,” said Karagiannidis. Germany has a relatively old population – compared to South Africa, for example, where Omicron was discovered. The incidences in Germany are by far the highest among people under the age of 35, sometimes with values around 700 (as of Thursday). For the group 60 to 79 years, the RKI gave the number of new infections per 100,000 inhabitants within seven days at 133, for people over 80 years of age at 95.5.

The burden on intensive care units is still high with around 3000 cases, writes the Robert Koch Institute (RKI) in the weekly report on Thursday evening. “Although the occupancy figures are currently still declining, there may still be regional capacity bottlenecks in the intensive care area.” According to the RKI, omicron has recently spread further in Germany, and there have been cases in almost all districts.

A sharp increase in infections is expected in the coming weeks. Omikron is also easier to transmit to vaccinated and recovered people. According to the most recent data for the first calendar week of 2022, which is based on reports from the federal states and also includes suspected cases, according to the RKI report, the variant accounted for 73 percent and thus predominates. The previously prevailing Delta variant is losing more and more ground.

Regional differences in the Omikron stand

The RKI referred to large regional differences in the Omicron status: the proportion is between 11 percent in Mecklenburg-Western Pomerania and 96 percent in Bremen. Several reasons were given for fluctuations and differences: Not all variants are tested equally, there are delays in laboratory diagnostic recording and transmission, and the spread is also from metropolitan areas.

“Initial studies indicate a lower proportion of hospitalized patients compared to infections with the delta variant among those infected with full vaccination or booster vaccination,” writes the RKI in the weekly report. However, the data is not yet sufficient for a final assessment of the severity of the disease. The RKI reports that there is information on symptoms for some of the reported omicron cases. “Most of the symptoms were mild or no symptoms were reported.” The people who reported symptoms said they had a cough, runny nose and sore throat. 962 infected people were admitted to the hospital, 40 died. dpa

2 hours ago
The highly infectious omicron variant is currently driving up the number of people infected with corona. Now a sub-type is causing new concerns.

2 hours ago
In 2021, Mercedes-Benz ordered thousands of vehicles into the workshop due to the risk of fire. Customers are more upset about the communication than the defect.

2 hours ago
Camille Gottlieb, Monaco's daughter Stéphanie, delights her fans with sweet greetings from the southern French coast. The 23-year-old poses without make-up in the rowing boat.

2 hours ago
Vaccination opponents and those who have not been vaccinated must increasingly adjust to the consequences in professional life. What is possible from dismissal to blocking unemployment benefits.

2 hours ago
Mercedes-Benz thrives on happy customers - and car sales. There is a dealer in Stuttgart who, according to reviews, has both problems.

Controversial experiment to protect the earth from aggressive radiation from space

Carnival 2022: Can we still celebrate at all?