Omikron is also slowly spreading in Germany. This variant of the coronavirus has not yet gained the upper hand, but that is probably only a matter of time.

Berlin – The Omikron variant has meanwhile arrived in all federal states.

Even if the majority of infections are still caused by the delta variant of the coronavirus, the number of detected omicron cases has increased significantly in recent weeks, writes the Robert Koch Institute (RKI) in its weekly report.

By December 21, 441 Omicron infections confirmed by genome sequencing had been transmitted. According to a specific PCR test, it is suspected in 1438 cases. In Germany, however, only a small proportion of the positive samples are tested for Omikron.

“Previous reporting data on symptoms indicate a rather mild course in infected people with a full vaccination or booster vaccination,” writes the RKI. According to the RKI, information on the symptoms was provided for a total of more than 1200 cases. Mostly none or mild symptoms were mentioned, the most common colds, coughs and sore throats. So far, according to the RKI weekly report, 28 Covid sufferers, in whom Omikron was detected, came to the hospital, and one person has demonstrably died.

However, experts have always emphasized that with the expected high number of infected people in the course of the rapid spread of the omicron variant, a large number of people will become more seriously ill at the same time and have to be treated in hospital.

RKI boss Lothar Wieler warned on Wednesday of an overload of the health system and impairment of critical supply structures if the Omikron wave could not be slowed down with strict measures. “The trend is crystal clear: with a doubling time of around three days, the new variant could already account for the majority of all cases of infection in our country in the next one, two or three weeks at the latest.”

In an interview with the “Süddeutsche Zeitung”, the virologist Christian Drosten said when asked whether a lockdown was needed in Germany, it was necessary to wait and see “whether and how the measures that were now in force and were followed up again would work”. If the contact restrictions do not work as hoped, one could, in Drosten’s view, consider restrictions to which only people who have already been boosted have access – what he referred to as “1G”. 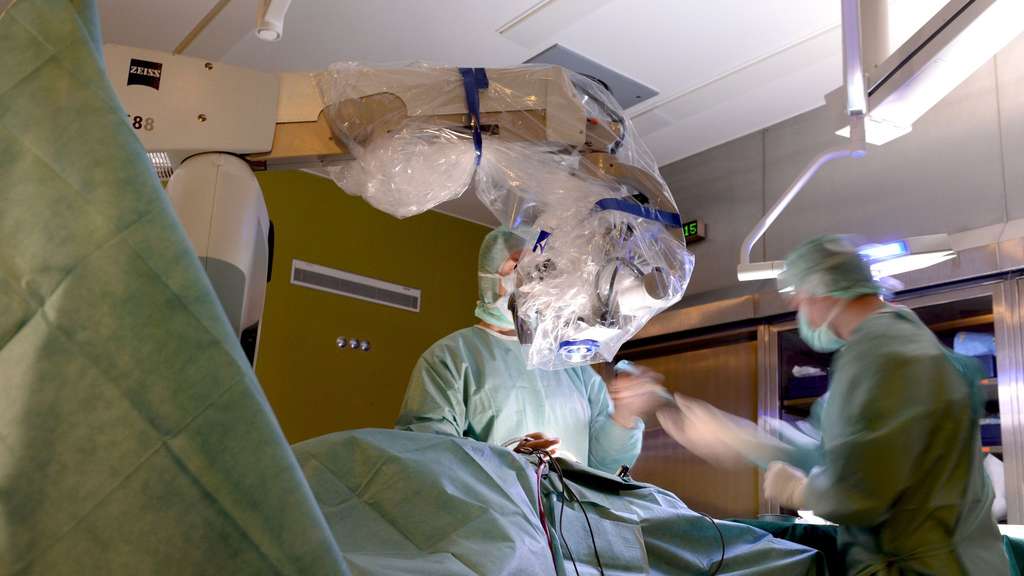 Fourth corona wave: How much power do the clinics still have?

Fourth corona wave: How much power do the clinics still have? 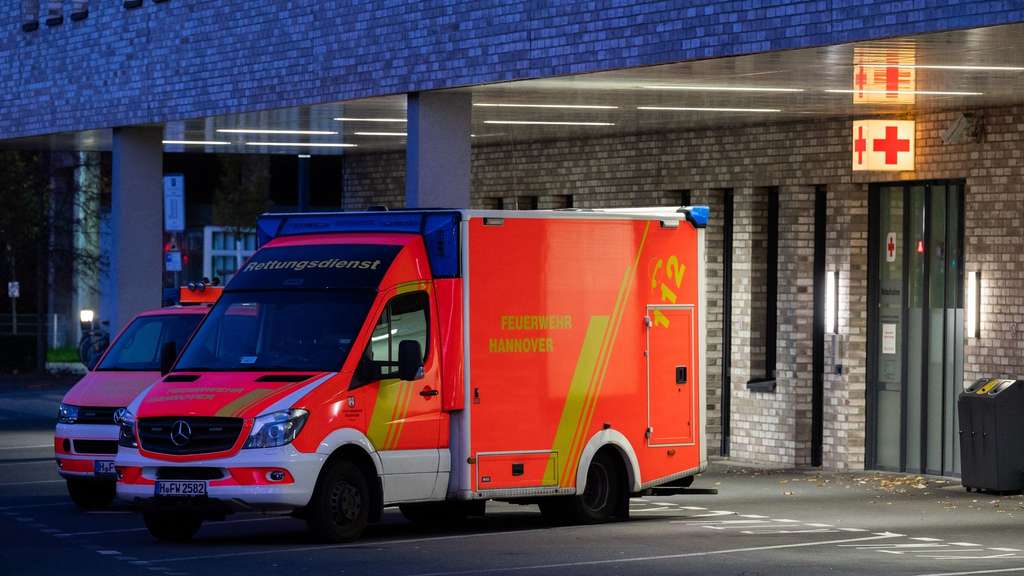 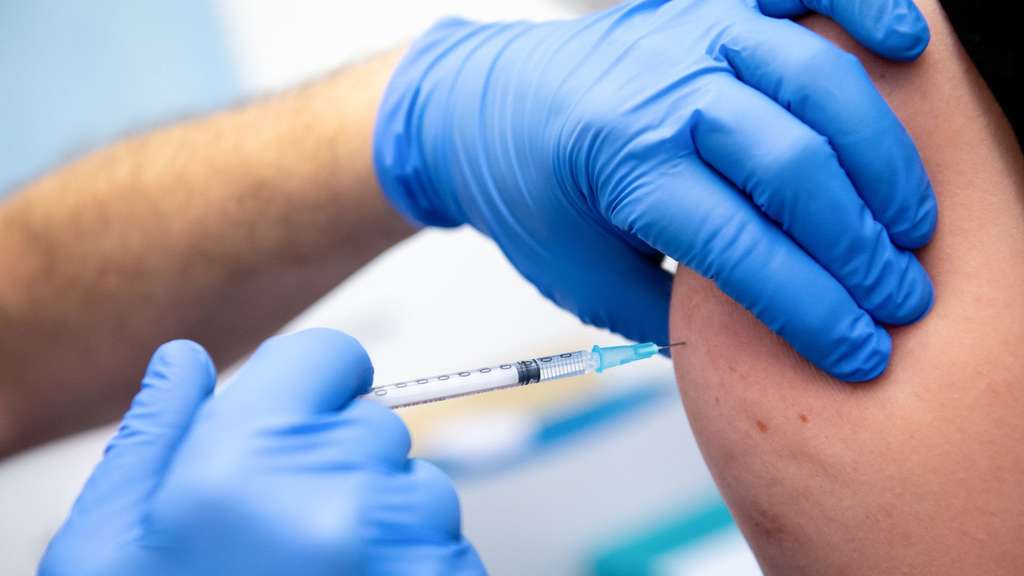 Vaccinated and yet sick with Corona: RKI reveals how great the risk is

Vaccinated and yet sick with Corona: RKI reveals how great the risk is

Twice vaccinated people are protected from severe courses even with Omikron, “but practically not against infection,” said the virologist at the Berlin Charité. Virus transmission in the event of infection is also hardly reduced. “But those who have recently been boosted are likely to contribute less to the spread and are noticeably protected against the disease. At Delta, 2G and 3G may be enough, but now Omikron is writing the rules. “

On a new overview page, the RKI stated on Thursday the number of reliably proven and probable Omikron cases in Germany as 3198 (data status December 22nd). Compared to the previous day, 810 records were added – they relate to cases since the end of November. Most of the evidence therefore comes from this and last week.

According to the current RKI weekly report, the number of verified weekly corona cases fell by 19 percent between December 13 and 19 compared to the previous week. The proportion of samples tested positive has also decreased slightly and is now 18.6 percent (previous week 19.8 percent). “Despite this development, the overall number of cases is still very high and the burden on the intensive care units from the large number of seriously ill Covid-19 patients remains high,” writes the RKI. 4474 people are currently being treated in an intensive care unit (as of December 22nd), due to regional capacity bottlenecks, there are still transregional transfers within Germany.

With over 7.3 million vaccinations in the past week, a high since the start of the vaccination campaign was reached, the RKI continues. At the same time, the number of vaccination stations has grown to over 48,700, which is also a record. Nevertheless, 23 percent of the population in the age group between 18 and 59 years and 12 percent of people aged 60 and over are not vaccinated.

“I would not have thought that so many people would not be vaccinated,” said the Frankfurt virologist Sandra Ciesek of the German press agency. At the beginning of 2021, she assumed that the start of vaccinations would herald the end of the pandemic. “I think that’s a shame because with the vaccine we have a good tool in hand to end this pandemic.” Looking ahead to the coming year, the director of the Institute for Medical Virology at the Frankfurt University Hospital is concerned about the lack of motivation in fighting the pandemic . “My impression is that many people are no longer motivated to continue dealing with the pandemic.” Ciesek expects “a very high workload”, both for research and in the clinics. dpa

4 hours ago
The oil company has raised its levels, without significantly reducing exports, but increasing fuel oil production.

5 hours ago
The negotiation comes a day after the Ad Hoc group of creditors filed an objection to the airline's restructuring plan.

7 hours ago
The 20,000 coconuts were destined for Europe. However, they did not contain coconut water.

7 hours ago
The Novavax vaccine should bring a new boost to the vaccination rate. And convince skeptics. However, an expert draws a spectacular comparison with the vaccine.