Archaeologists have made a sensational find on a German motorway. The place seems like a real gold mine. 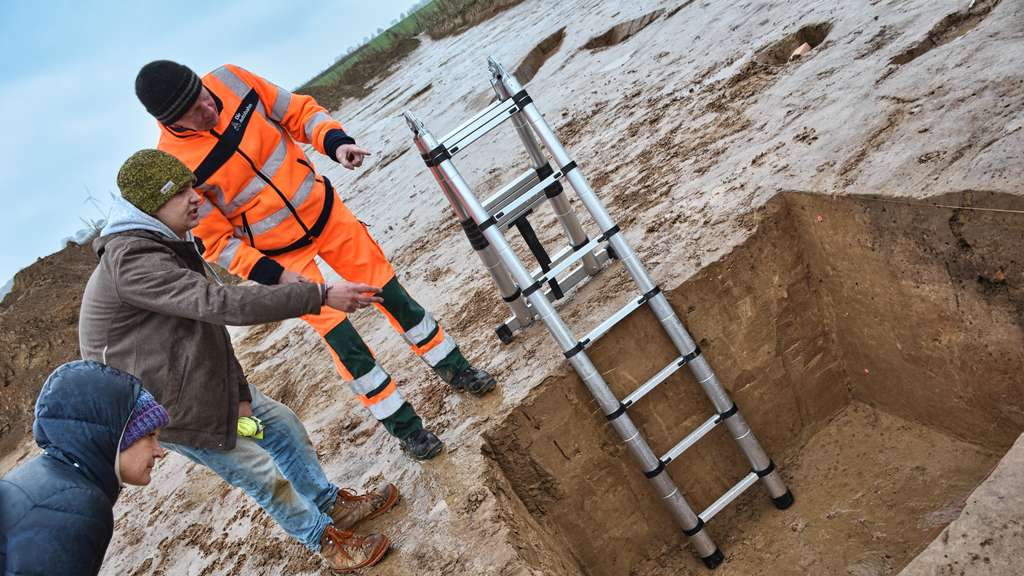 Sensational find near Dortmund: Archaeologists discover a skeleton that is around 2000 years old

Sensational find near Dortmund: Archaeologists discover a skeleton that is around 2000 years old

Dortmund – Instead of building at a rest stop, the excavators on the A44 in North Rhine-Westphalia are at a standstill. Archaeologists uncover an ancient yard there. The scientists have now made a sensational discovery, as RUHR24 found out *.

The archaeologists refer to the site as an “archaeological hotspot” and suspect that there are other valuable finds nearby. The work should be finished in 2022. Then the rest stop will be built. * RUHR24 is part of the IPPEN.MEDIA editorial network.

1 hour ago
As early as 2015, the so-called "Falcon 9" rocket delivered an earth observation satellite into space and has been in space ever since. Now part of her could collide with the moon.

In addition to the number of infections, the RKI focuses on the burden of...

3 hours ago
The omicron variant has Germany under control for a long time - and the number of unreported cases of corona infections seems to be increasing. The focus of the RKI is not only the new infections.

5 hours ago
In addition to making cloud computing possible, they are also a cornerstone for the internet of things and cryptocurrencies.