Did you know that eyes are an example of evolution?

In 1925, in the state of Tennessee, Professor John Scopes was denounced, tried and sentenced for teaching his students the theory of evolution by natural selection of Charles Darwin and Alfred Russell Wallace. An event, by the way, that has served as a plot for many films.

This incident was one of many episodes that have subsequently occurred in the United States and elsewhere on the inclusion of creationism in schools as an alternative to the teaching of evolutionary theory, which is now much more advanced than Scopes had imagined. could imagine when he taught his classes.

To get around some restrictions—among others, the secularism of American schools—creationists tried to camouflage their beliefs in the form of scientific hypotheses. This is how the so-called ‘intelligent design’ was born, and from the hands of biochemist Michael Behe, the main argument for its defense emerged: irreducible complexity. 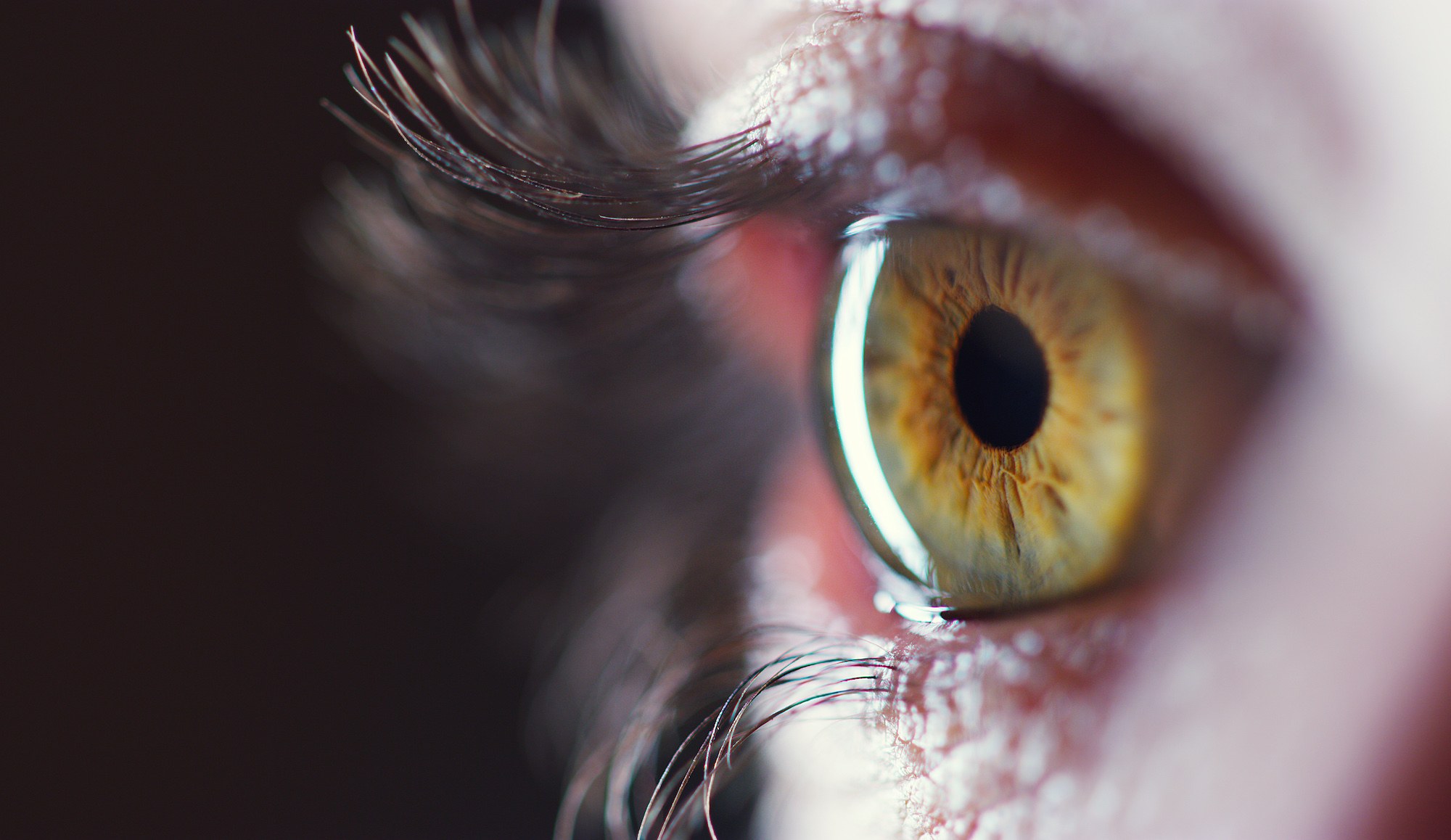 According to Behe, irreducible complexity is defined as that individual system, composed of several coordinated parts that interact to perform a basic function , and that if any of the parts were eliminated, it would lose its function. Following this idea, these complexities could not evolve naturally, since it would be necessary for all the pieces to emerge at the same time and already coordinated.

Among others, Michael Behe exhibited as one of the most visual examples, the eye. The complete structure of the eye includes a cornea, an iris, a pupil, a lens, a vitreous humor, a complex retina, an optic nerve… and, in addition, an entire nervous system adapted to the recognition and interpretation of perceived images. If either part is removed, the eye loses its function and is therefore irreducible. Conclusion: the eye had to be designed intelligently, for a purpose .

The reality is very different. The evolutionary process does not work on purpose , it is not premeditated. It is not that there is a need to fulfill a function and then the organ arises —as Jean-Baptiste Lamarck erroneously thought—, but that the organs arise and then they fulfill functions. If those functions are suitable for the organism, natural selection will favor them and those organs will be inherited.

The idea that the eye is irreducible, that if it loses even one of its parts, it loses its function, is simply false . In reality, if an eye loses any of its parts, it may lose some of its functionality, but it will still have certain capabilities. The human eye does not even have all the functions that those of other animals have, with very, very different structures. In fact, the eye is not an organ that emerged only once in the history of life and then diversified, but the different types of eye that exist in nature have emerged and evolved several times independently. 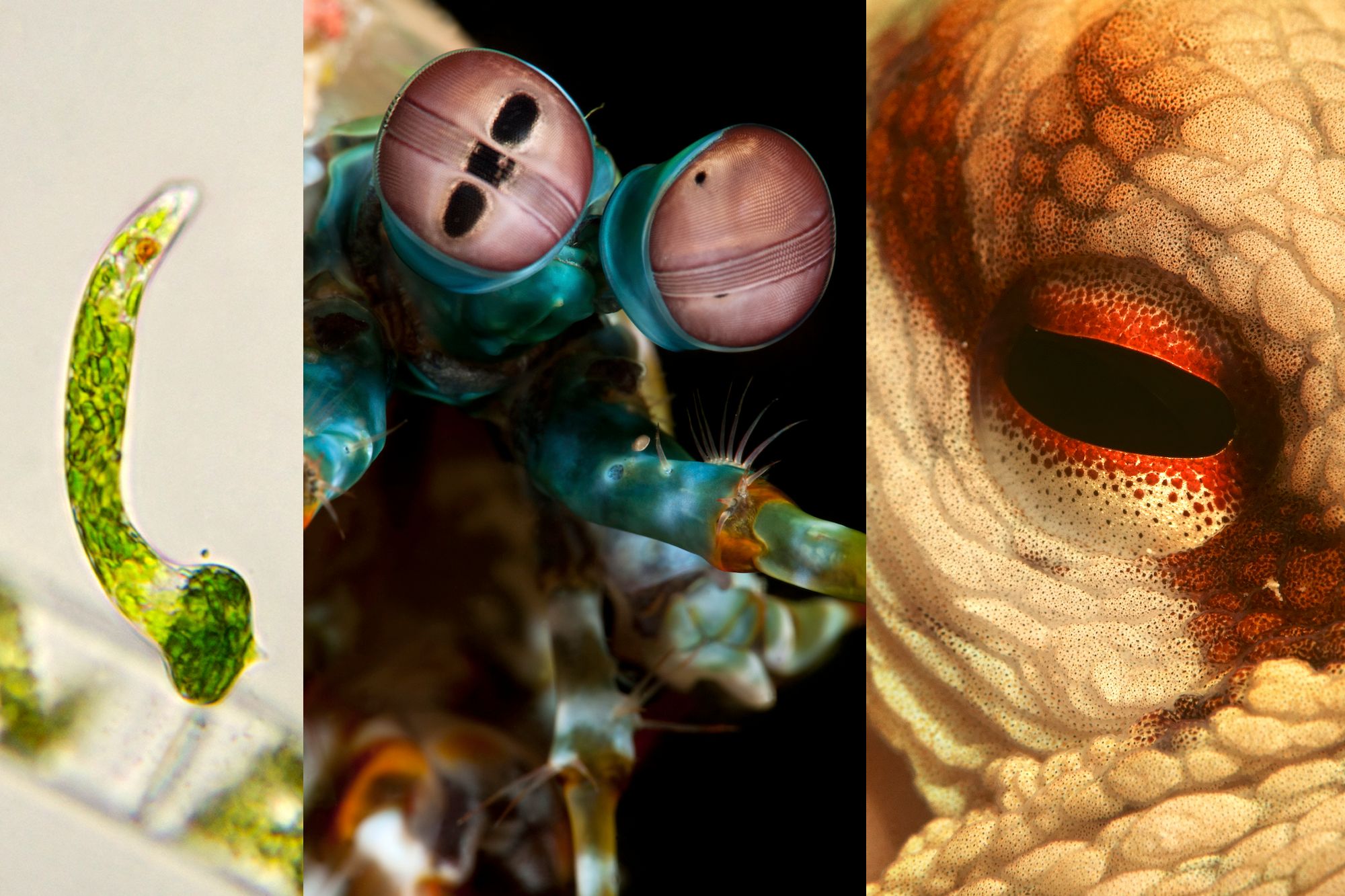 Eyespot of the alga ‘Euglena’, and eye of an octopus and a stomatopod; independently arising organs.

The origin of the human eye is in a pigmentary spot capable of distinguishing light from darkness . Similar to the one found in the algae of the genus Euglena . Associated with the movement system, it allowed its wearers, who lived in the water, to go up or down depending on the time of day. In a world in which no animal has visual capacity, the one that does, no matter how simple, will be favored by the environment and adaptation will be preserved.

Thanks to the evolutionary process, that primitive eye moved to the front of the body, which gave it a notion of direction. A front and a back can be recognized, and with it, also a notion of laterality. Over the generations, that pigmentary spot became lodged in a concavity that allowed a much more precise orientation of the light source, as well as distinguishing shadows — potential prey or predators.

Later the eye was covered with a layer of transparent cells that protected it from the external environment, a lens was formed, the crystalline, which allowed it to focus, the pigmented cells acquired different colors, which allowed color vision… and With each small advance, the nervous system also adapted to the new visual functions that were emerging.

Each of these advances represents a significant advantage over the previous state; none happened with teleological intentionality, nor with a specific purpose; they just happened and natural selection did its job; those who improved their fitness, were kept; those that made it worse disappeared.

Proof that the formation of the eye was unintentional is that the eye evolved in water , and was never pre-adapted for life in the air. The light that passes from the aqueous medium to the eye does not suffer any refraction, however, between the air medium and the eye there is a distortion that has never been corrected. On the other hand, we still need to keep the surface of the eye moist.

If there were an intention or a design, the eye of the living beings that live on land would be pre-adapted to the atmosphere, and not to the aquatic environment. Indeed, the eyes and their characteristics can be used didactically as an example of the evolutionary process. 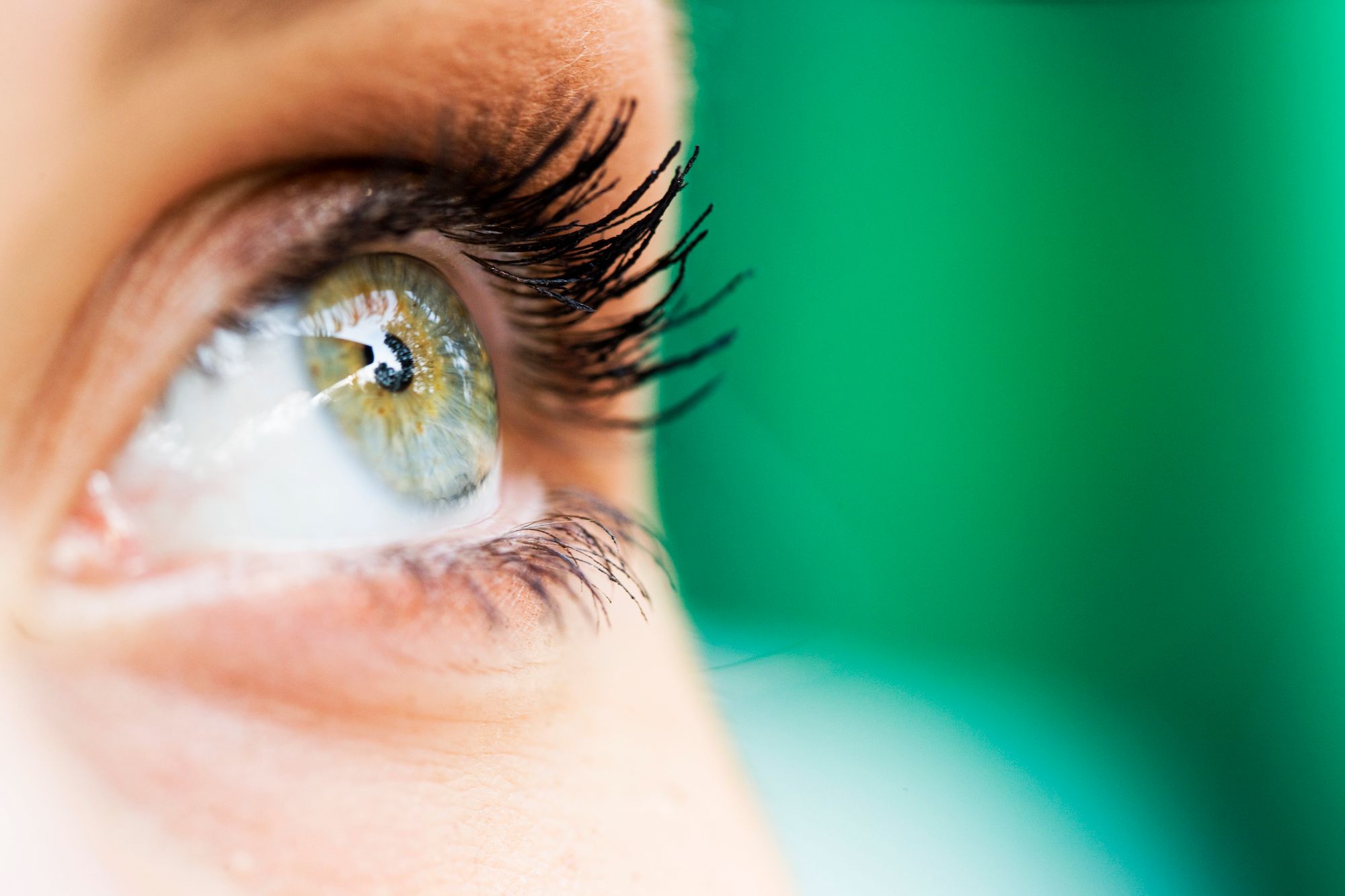 A complexity that can be reduced.

Beyond the misconception about the evolution of the eye, and the false belief about irreducibility, there is a much more basic flaw behind Michael Behe’s irreducible complexity argument , since the entire hypothesis rests on a tremendously vulgar fallacy.

Even if we do not know how the eye —or any other organ that Michael Behe considers irreducible— has evolved, and even if we are unable to imagine the way in which that organ could be functional without any of its parts, and could have been built gradually; even in that situation, to assume that it is an irreducible complexity is to fall into a fallacy of argument based on ignorance.

This form of empty argument happens when you assume something to be true—or false—just because you don’t know how it can be false—or true. Carl Sagan said that the absence of proof is not proof of absence. And that’s what happens with irreducible complexity. Michael Behe assumes that the absence of evidence of the evolutionary process of an organ is, in some way, the proof that this organ did not have an evolutionary process, and that it is, therefore, irreducible. A fallacious argument that only supports a pseudoscientific position.

October 27, 2022
If alligators and crocodiles have the genes that allow them to form feathers, why aren't they feathered?