According to a study, illegal slot machines are becoming more and more common in Germany. While the legal devices are subject to ever stricter regulations, you can play with so-called fun games almost without limits. experts warn.

Hamburg – They are called fun games, but Jürgen Trümper from the working group against gambling addiction does not understand fun here. Illegal slot machines, i.e. slot machines not permitted in Germany, are on the rise nationwide, according to a field study he carried out.

They stand in the back rooms of pubs, flimsy restaurants, windy betting shops or in cultural associations. And they promise big money fast – with an extremely high risk of loss. Not only the social hot spots in the big cities are affected, they are also found in the area.

Since the machines are illegal, there is no reporting data. In order to still get an overview, Trümper secretly visited 1408 locations in 150 municipalities in 13 federal states from June to October last year for his field study “Insights into the illegal gambling market 2021”. In doing so, he targeted places that suggested illegality.

The result: Illegal slot machines were found in 44.5 percent of the facilities visited, often alongside legal ones. Every third gaming device found was illegal: 32.8 percent of a total of 3337. In Hamburg – according to the study a fun game hotspot – the problem is well known. According to preliminary estimates, such devices are available in more than 150 companies and cultural associations, according to the gambling department of the interior authority. “It can be assumed that the devices are in the four-digit range.” Such devices were secured in various raids and searches. Numbers were not available.

The fun games are extremely risky, warns Trümper, who has been scrutinizing illegal gambling in Germany from Unna in North Rhine-Westphalia for many years. “There is no player protection at all, no game break. You can play with much higher stakes, ”said the expert from the German Press Agency. He had tested a device “on which you could spend 300 euros for two and a half seconds of so-called gaming fun, of course with the corresponding expectation of profit.” But that’s exactly what makes it attractive.

Users are mostly problematic or pathological players “who are then willing to lose house and yard on the devices”. Trümper speaks from experience: As a social worker, he has looked after players and their relatives for more than 15 years, and since 1992 he has been managing director of the working group against gambling addiction. “These are addicted, sick people whose illness is being exploited here using the devices to an unbearable degree,” he says.

“In particular, playing in amusement arcades or restaurants seems to be associated with an increased risk of gambling-related problems,” says the working group of the Federal Government Commissioner for Addiction and Drug Issues. According to studies, the probability of a pathological gambling addiction is highest in slot machines, followed by poker and sports betting.

The fun game machines mostly came from abroad, from China or Eastern Europe, says Trümper. You can buy them on the Internet for prices between 1700 and 3000 euros – quite legally. “Only setting it up is an administrative offense according to Paragraph 6a of the Gaming Ordinance.” However, the case law has now come to the point that setting up a game always involves suspicion of illegal gambling – and that is a criminal offence.

According to his estimates, by 2008 there were up to 120,000 fun game devices nationwide. “Exact numbers don’t exist because fun games sailed under the flag of amusement machines and therefore didn’t have to be reported.” They’ve been banned from being put up since 2008, but now they’re back in vogue. “On the one hand, the renaissance is due to the welcome restriction of legal gaming devices, but on the other hand, above all, to the dismantling of the third device in gastronomic establishments.”

In recent years, the appeal of legal devices to protect players has continued to diminish. Among other things, betting and loss opportunities were limited, as was the playing time. Since 2019, only two gaming machines have been allowed to be set up in catering establishments, the third one that was previously allowed had to go.

“Losses from dismantling the third device were often compensated for by setting up illegal devices, with which you can also generate much higher income – and that too without paying taxes,” says Trümper. “Anyone who only has to expect a fine of a few hundred euros will find it easier to opt for such a device, which according to experts brings in around 10,000 euros and more in cash a month.” 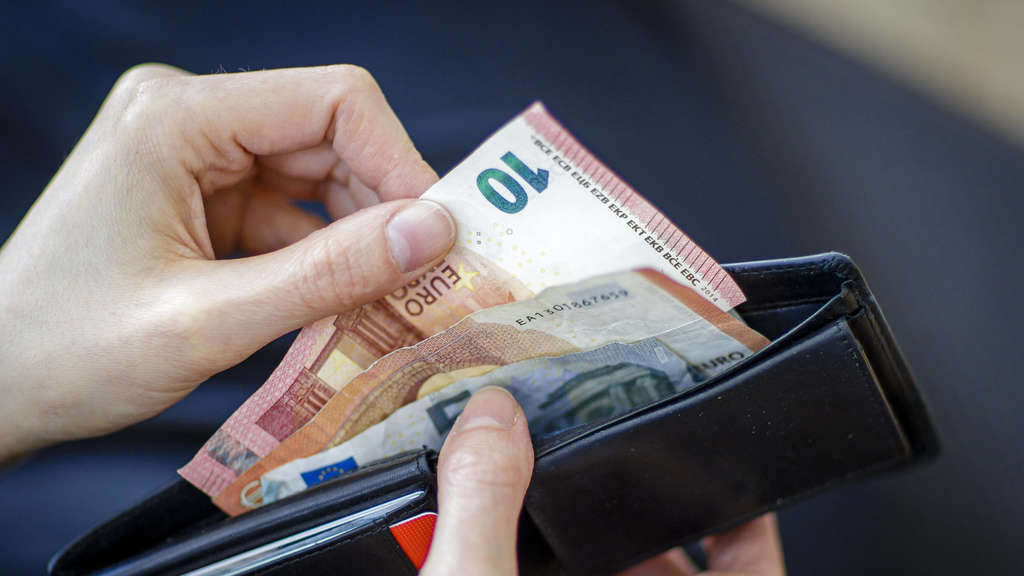 Payment: You have to consider this this year for a mini job

Payment: You have to consider this this year for a mini job

To solve the problem, the vending machine industry is calling for the requirements for their legal devices to be relaxed in order to make them more attractive. “In my view, this is the wrong way,” says Trümper. The fact that the industry association financed his study is not a problem for him. It is a weighing of goods. “My motive is clearly the fight against the spread of illegal gambling. And in this case, our motives coincide, even if each has a different intention behind it.”

He takes the position that “with all legal force – and we have the opportunity – to take action against the establishment of illegal fun games,” says Trümper. However, this would require stricter controls. “Many regulatory agencies are understaffed, entrusted with many very different tasks – and the control of venues is only a sub-point here. In addition, the employees are often insufficiently trained.”

Tobias Hayer, gambling researcher at the University of Bremen, also shares Trümper’s assessment. “We have to increase the number of staff in the regulatory offices. So that they can make illegal gambling visible on site.” To do this, the skills of the employees would have to be improved. “It’s not just about staffing, but also about expertise.”

According to the authorities, the gaming supervisory authority in Hamburg last held several training courses for the police and districts in 2020. Then Corona threw a spanner in the works. “The training should be continued as soon as possible within the framework of human capacities,” says the Hanseatic city. dpa