Change at the top of ZDF: Norbert Himmler succeeds director Thomas Bellut. How the new boss sees war reporting, what he says about ARD – and about Jan Böhmermann.

Mainz – The new director of Zweites Deutsches Fernsehen, Norbert Himmler, has defended his station’s temporary waiver of direct reporting from Moscow on the Ukraine war.

ZDF, like ARD and other national and international media, stopped reporting from Russia after tough press censorship laws were passed in Russia. In the meantime, however, reporting has resumed.

“Cool head” in Mainz or Berlin

At the same time, Himmler does not consider live broadcasts directly from the scene of the war in Ukraine to be the best choice. The 51-year-old told the German Press Agency about the war when he took office: “It’s better to do analyzes and classifications with a cool head from Mainz or Berlin.” The previous ZDF program director, who follows the retired Thomas Bellut, added: “It There are good reasons why there are news programs and magazines that take the time to classify events and prepare them for the audience.”

There are pictures and videos on social media that convey a feeling of being there in real time as the battle unfolds. When asked how a classic medium reacted to such user behavior, Himmler said: “Rather responsible, careful than supposedly youthful.” Even during the pandemic, it was seen that younger people in particular value good information. “It is important that recordings from the Internet whose origin is unclear are classified. That we say so when it is not certain how and at what time these pictures were taken.”

Himmler also said: “We are well represented overall and decide responsibly and in close consultation who reports from where.” ZDF colleagues are currently not in Kyiv. There is currently a discussion going on in Germany about the extent to which public service broadcasting should be present in war zones.

Regarding the acceptance of public service broadcasting, which there is always criticism, Himmler told the dpa: “I am very aware that we have to keep proving this acceptance in society and that we have to convey well why the public service broadcasting is important.” He added: “We will explain this to the people in Germany on an equal footing and perhaps even more intensively than we have done so far, and also demonstrate it.”

Himmler wants to work even more closely with ARD – but he also sees clear differences. “ZDF is the national broadcaster with a European focus. The ARD is a working group of nine regional state broadcasting corporations. That’s what makes us different.” At the same time, there is already good cooperation on the basis, especially in the logistical, technical and administrative-organizational areas, which one wants to expand further. “In terms of publishing and editorial, however, we need independent brands on TV and on the Internet that are independent of one another.”

Himmler was irritated when the ARD commented on the joint ARD-ZDF broadcaster Phoenix with a view to its own plans to expand the range of news on its Tagesschau24 channel. Himmler said: “First of all, this is an initiative of the ARD. We were irritated by the associated reference to Phoenix.” He added: “The mission of the joint event and documentation channel must not be restricted unilaterally.” The ARD broadcaster association had emphasized that it was more of a difference to Phoenix, which also offers political reporting is responsible for events that can be planned longer in advance, such as a party conference, and Tagesschau24 is more for acute situations. 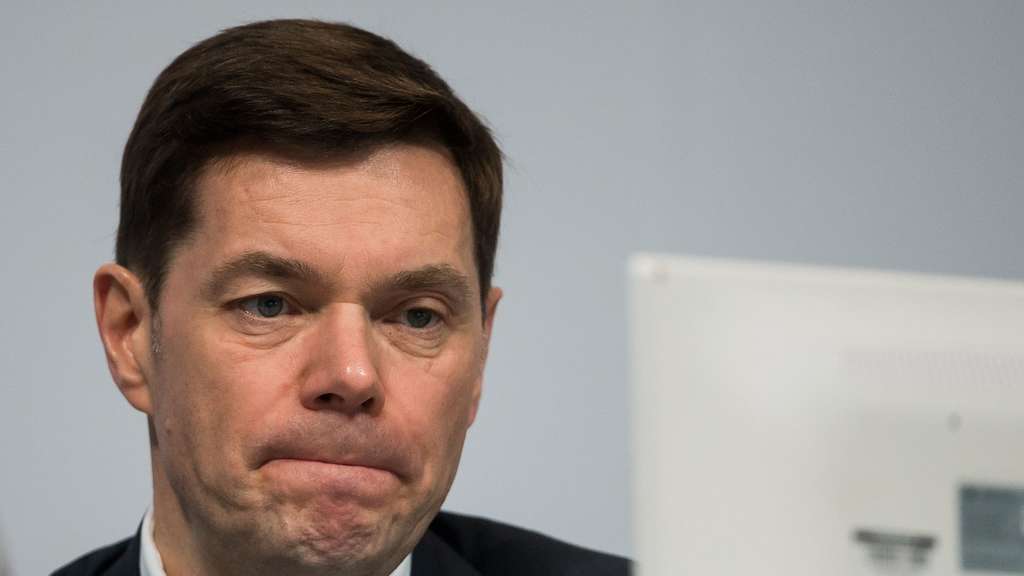 Himmler’s professional career at ZDF, which has its headquarters in Mainz, is also intertwined with the development of the satirist Jan Böhmermann’s offerings on the ZDF channels. The new director said about the entertainer: “Böhmermann cost me a lot of gray hair.” But he was happy to have him.

According to Himmler, he is not a member of any party. About the course of his election – the competitor was the ARD capital studio manager Tina Hassel – the ZDF man said: “In my speech on the occasion of the election, I made it clear how much I care about the independence of ZDF and how much I use it as a foundation of the public service system.” One only has to look at other countries in Europe to see how quickly this independence can be attacked. “Wherever autocratic systems establish themselves, they tackle two things first: one is the media, the other is the judiciary.”

Regarding the future of the station, Himmler also said: “The challenges are getting bigger.” This also applies to the pace of change in society, technology, and media use. “We are well prepared. Now it’s a matter of making ZDF fit for the future: a clear strengthening of the non-linear paths, especially the media library.” This includes a strong network of correspondents, strong fictional programs that can also be easily found in the media library for younger target groups are. “Last but not least, we have to strengthen acceptance in society.” dpa

For Jan Böhmermann, Deutsche Bahn is “a joke”

March 21, 2022
In ZDF Magazin Royale, Jan Böhmermann reaches for the lowest-hanging fruit in all of Germany.

For Jan Böhmermann, Deutsche Bahn is “a joke”

March 20, 2022
In ZDF Magazin Royale, Jan Böhmermann reaches for the lowest-hanging fruit in all of Germany.

ZDF Magazin Royale: For Böhmermann, Deutsche Bahn is "a joke"

March 19, 2022
In ZDF Magazin Royale, Jan Böhmermann reaches for the lowest-hanging fruit in all of Germany.

March 18, 2022
The Ukraine war is the subject of Maybrit Illner on ZDF. In addition to Robert Habeck, the Ukrainian ambassador also finds clear words.