As “Captain Kirk”, William Shatner became a “Star Trek” icon. Now the Canadian actor has actually flown into space. With 90 years and a spaceship from Amazon founder Bezos.

Van Horn – William Shatner climbs out of the space capsule in a bright blue spacesuit, hugs Amazon founder Jeff Bezos – and then the “Star Trek” icon, which has just flown into space for the first time, has to collect itself first.

“It was indescribable,” says the visibly deeply moved former “Captain Kirk” actor with tears, while Bezos, who made his rocket available for the flight, sprinkles champagne into the west Texas desert. “Everyone in the world has to do it, everyone has to see it,” says the 90-year-old Canadian actor.

Shatner is now the oldest person ever to travel to space. “I was so moved by this experience. I am so full of emotion. I’m overwhelmed, I had no idea. “

Previously, Shatner had made a ten-minute excursion into space on board the “New Shepard” missile system from Bezos’ space company Blue Origin. The former NASA engineer Chris Boshuizen, the entrepreneur Glen de Vries and the deputy head of Blue Origin, Audrey Powers, flew with him.

The rocket system “New Shepard” flies – unlike the fictional “Starship Enterprise” – largely automated. The capsule, which was separated from the rocket during the flight, reached a height of around 107 kilometers above the earth, at times with zero gravity, before the reusable object landed again, braked by large parachutes. The International Aviation Association and many other experts see 100 kilometers above the earth as the limit to space, but there are no binding international regulations.

The flight, which was actually planned for Tuesday, had previously been postponed by a day due to stronger winds. Due to numerous technical checks, the start on Wednesday was postponed by more than an hour. It was the second manned flight of the “New Shepard” missile system named after Alan Shepard, the first US American in space. The first in July, Bezos himself was on board, along with his brother Mark, an 82-year-old former US pilot and an 18-year-old Dutchman.

As with the first flight, the reusable rocket stage landed vertically on earth after takeoff. Blue Origin has announced another manned flight for this year and several for next year.

PR coup for Bezos and his company

This time Bezos – dressed in spacesuit and sunglasses – personally brought his four passengers to the capsule, closed the hatch and was the first to open the hatch again after landing. “Hello, astronauts!” He greeted the four passengers, while family members, friends and employees of Blue Origin who had traveled to the spaceport in the West Texas desert cheered and clapped.

The flight of “Captain Kirk” is seen as a PR coup for Bezos and his company. Unlike Boshuizen and De Vries, Shatner, who has three daughters and separated from his fourth wife in 2019, did not have to pay for his ticket, but was a “guest” of Blue Origin.

For the first time, the actor, who first took on the role of “Captain James T. Kirk” in “Star Trek” in 1966, was now able to take at least a glimpse of the “infinite expanses” cited over and over again in the science fiction series Throwing space – and that left a lasting, almost a little disturbing impression, said Shatner. 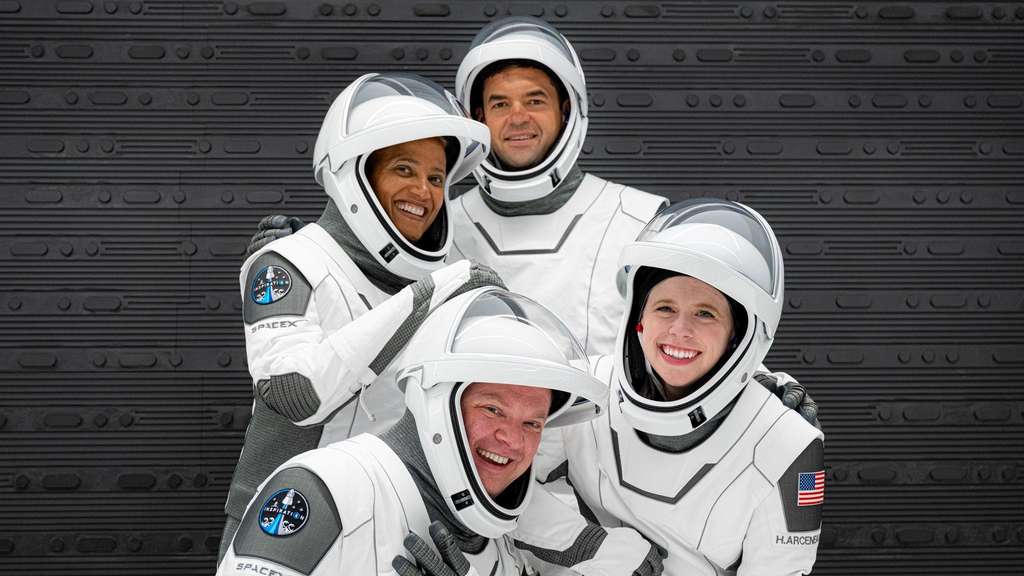 “Inspiration4”: For the first time, four laypeople set off into space alone

First Branson, then Bezos – and now the next billionaire takes off into space. With a “Dragon” spaceship, Jared Isaacman and three fellow travelers even want to orbit the earth – without a professional on board.

“Inspiration4”: For the first time, four laypeople set off into space alone 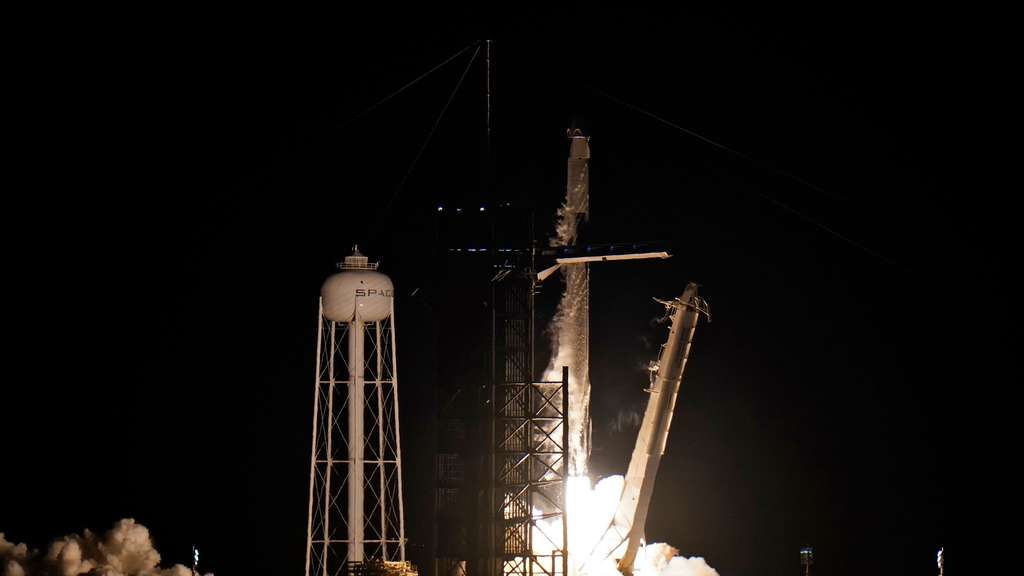 After Branson and Bezos, the next billionaire in space: Jared Isaacman rented a “Dragon” spaceship and took three passengers with him. The four lay people are supposed to circle the earth for several days. 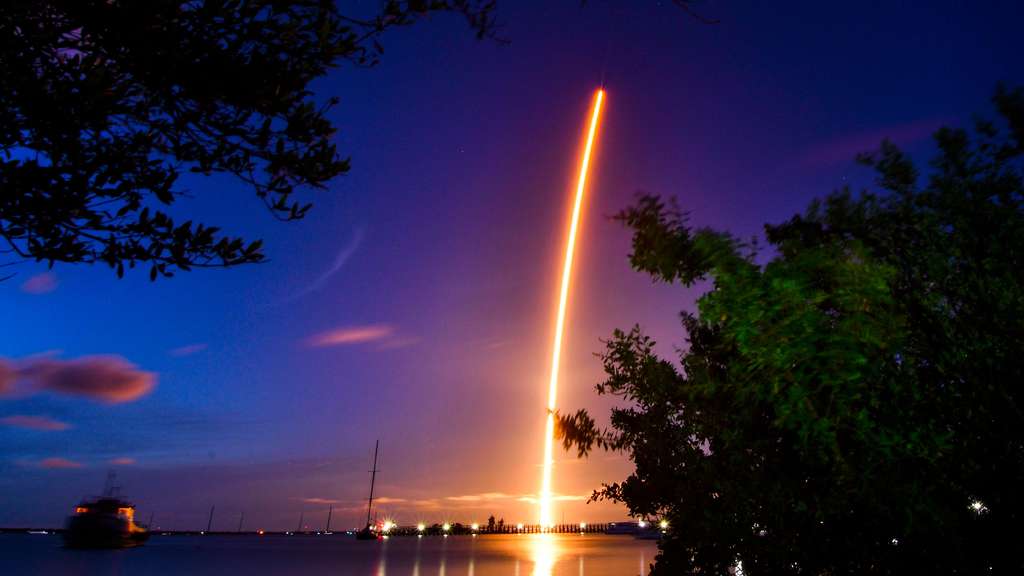 SpaceX’s “Inspiration4” space tourism mission sends four private individuals out into space – the first all-mission without professionals on board.

“It was different from what is always described and different from anything I have ever seen or experienced. It’s so huge and so fast, and it’s about the suddenness of life and death. You only see black out there – and on earth you see blue and light. What I really want to tell everyone is how endangered and fragile everything is – there is only this thin layer of atmosphere that keeps us alive. ”Dpa

7 hours ago
Research knows a lot about Mars, but what does the red planet actually sound like? The Nasa rover "Perseverance" and two commercially available microphones show it.

17 hours ago
Oscar winner Reese Witherspoon's son is coming of age. Her heart is bursting with pride, writes the actress on Instagram.

20 hours ago
He had his breakthrough in Hollywood in 1980 on the side of Tom Hanks in the TV sitcom "Bosom Buddies". In 2016, Peter Scolari was awarded an Emmy.