People have been playing for thousands of years. Some popular board or card games have unexpected backgrounds. Others reflect what drives society – climate protection or gender issues.

Essen / Berlin – Some do it occasionally, others all the time, sometimes in pairs, sometimes in a group – and have done so for thousands of years. You can immerse yourself in magical worlds, solve criminal cases, get rich, protect the climate or create a “gender-equitable” world.

The games industry is pleased about the strong growth in board, card or dice games, for years and despite digital competition. “Promote interpersonal skills and have fun”, is how a provider of the international consumer fair “Spiel’21” describes the motto.

The event started on Thursday in Essen – and it also raises the following questions: Why do people play – and what does it do with them?

Around 34 million German citizens of all ages play board games at least once a month, says game researcher Jens Junge. “Playing makes you happy, healthy and smart.” It is important for everyday culture and has a whole range of functions. “Board games are particularly integrative, they bring people together – regardless of life experience, level of knowledge or origin.” So the grandson with grandma, the immigrant from Syria with the long-established citizen from the Catholic community at a gaming table.

“Games can also be cultural training. You start a conversation, get out of the real space, use facial expressions, gestures, irony and observe the effect on the others, ”explains the head of the Institute for Ludology (game science) at SRH University Berlin. Certain freedoms are required: “You just pretend. What you do in the game does not have immediate consequences.”

For Hermann Hutter from the industry association for games publishers, the following is central: “People can laugh together, show all forms of emotions”, experience something together. When the pandemic with its lockdown phases in 2020 was “trapped at home”, many had rediscovered playing for themselves and their families. These first-time players will continue to use board games, he believes.

Games depict – subliminally – what drives society. So right now topics like climate protection or racism. The card game “Spielköpfe” is “gender-fair, diverse and sustainable”, emphasizes Jana from Kiel at her booth. There are not only kings, and black ones too. There are also queens in the game – sometimes with a headscarf, sometimes without. The idea arose in a university project.

In “Snowhere”, players brace themselves against a world in flames. Unfortunately, in view of global warming and forest fires, the Nürnberger-Spielkarten-Verlag says. Only use recycled material and environmentally friendly paints, plastic is taboo.

Even a game in an ancient guise can pick up on current problems and spark debates, explains Junge. In a strategy game, black game pieces for plantation workers were recently criticized as stereotypical – and replaced after protests, says Junge. “Games should integrate, not offend.”

It is also worth taking a look back: 40,000 years ago, a cave man made a statue of a lion’s head and human body from a mammoth’s tusk – definitely a toy, says the researcher. Board games have been known since 11 500 BC. At first they were simple games with stones, pits or peas. Later the upper class enjoyed themselves with artistic game boards and figures. “Card games came up with printing technology, and gaming gradually became a mass phenomenon, a popular sport.” 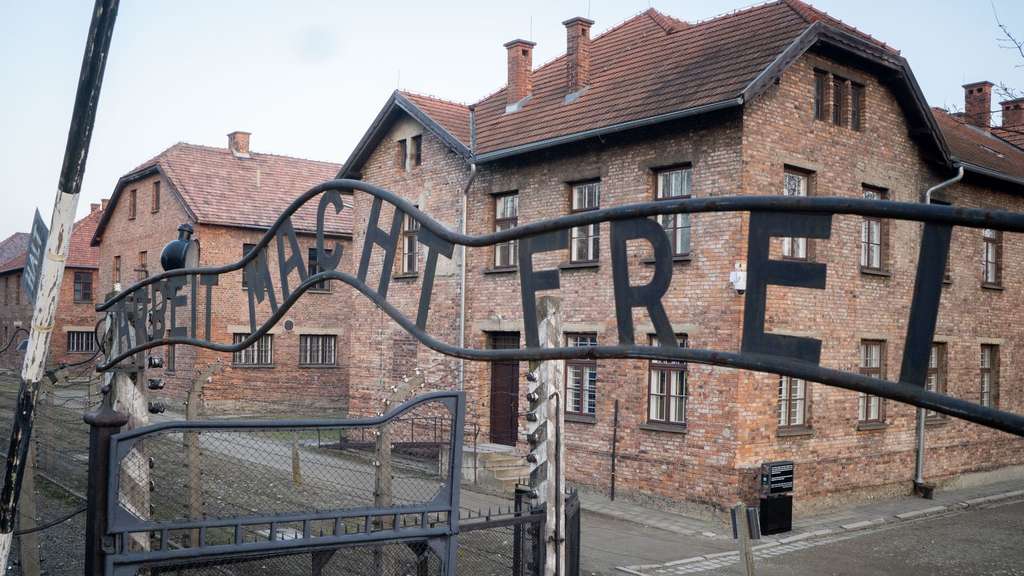 Barracks at the Auschwitz-Birkenau memorial have been smeared with anti-Semitic slogans. Recordings from surveillance cameras are evaluated by the police.

Surprise: “Don’t get angry” developed from a 1500-year-old board game (“Pachisi”) from India and thus has a religious background. Originally, the goal was to break through the cycle of rebirth again and again in order to reach pain-free nirvana. And when Skat was invented in 1813, it was “political” that the farmer was the trump card – and not the king, the expert knows.

The four-day game fair is all about enjoying rounds together. In 2020 there was only one online edition. The organizing Friedhelm-Merz-Verlag is assuming around 1000 new products from 42 countries this time. And promises: The fans could also test world premieres. dpa

6 days ago
Memoir writer Heribert Schwan published details from personal conversations with Helmut Kohl in a book. The former chancellor should receive one million euros in compensation. Does the money go to his widow?