Padeye
NewsMai Thi Nguyen-Kim: How does the woman from maiLab...
News

Mai Thi Nguyen-Kim: How does the woman from maiLab tick?

Science journalist Mai Thi Nguyen-Kim is very concerned about fake news and hatred in social networks. But there is someone who has given her back her belief in humanity.

Cologne / Mainz – Does Mai Thi Nguyen-Kim, the successful science educator, also have an irrational side? Afraid of Black Cats? Friday the 13th? She has to laugh. “I have to think about that now,” she says. “I’m not superstitious at all. I am not religious either. I don’t even play the lottery, I think that’s silly. ”Her conclusion:“ I’m a very rational person. But I would never say, for example, that belief is rubbish. I like to get involved in philosophical discussions. Or I don’t think we’ll ever fully understand something like love. And that’s okay too. “

In a personal conversation, Mai Thi Nguyen-Kim comes across differently than in her videos on maiLab. On Youtube she is very straight, very focused. She has to get across quite a bit in a short amount of time. But when you talk to her, there are pauses for thought, and she grimaces. Above all, however, she always breaks out into an infectious laugh. For example, when she says that she never really found the mouth and nose protection that bad: “At least you don’t have to put on make-up.”

Federal Cross of Merit, Journalist of the Year, most successful YouTube video of 2020, Grimme Prize: It’s currently running around for Mai Thi Nguyen-Kim. And now the 34-year-old science journalist is getting two new formats on ZDF and ZDFneo.

The first broadcast begins on Sunday (October 10th) in the second: a Terra X three-part series with the title “Wunderwelt Chemie”. For the doctor of chemistry, it is a dream to be able to present her favorite topic on Sundays at 7.30 p.m. in the familiar format. “Chemistry is wonderful for me,” she enthuses. “Many people know the phrase” We are all made of stardust “. That’s a fact. Every chemical element that exists in the universe and that we are composed of was created at some point in a star. And with the explosion of this star, these elements were distributed throughout the universe. “

The second project for the family of broadcasters from Mainz is the science show “MAITHINK X – The Show” on ZDFneo. Start on October 24th. This is about topics that are discussed in an emotionally charged manner. “Our big goal is to bring an objectification into it and still be entertaining.”

Mai Thi Nguyen-Kim was born in Heppenheim near Darmstadt in 1987 and grew up in Hemsbach, a town of 12,000 in Baden-Württemberg. Her parents are immigrants from Vietnam. Even as a schoolgirl, she was inquisitive and ambitious. After graduating from high school, she studied chemistry in Mainz and Boston from 2006 to 2012. After completing her doctorate in chemistry at RWTH Aachen University in 2017, she decided to work in science journalism. It was the early days of Donald Trump as US President, there was a lot of talk about “alternative facts”. She wanted to do something about that.

That is why she turned down a position as laboratory manager at BASF – much to the chagrin of her father, who is also a chemist. Now he sees things a little differently. The YouTube channel maiLab, two bestsellers, moderation on television – how does she manage all of this? She points to her face and laughs: “There are deep circles under the eyes underneath.” By the way, she also became a mother last year.

When an acquaintance heard that she was pregnant, he wrote to her that it gave him courage for his own children. Because if you take such a step, you still have hope for the world despite the climate crisis. That is also true. But there is another development that worries you personally even more than climate change. “That is the question of what social media do with our human interaction. The hatred that is spread there. The fake news. I’m much more pessimistic about that. That is my greatest concern for my daughter’s life. “ 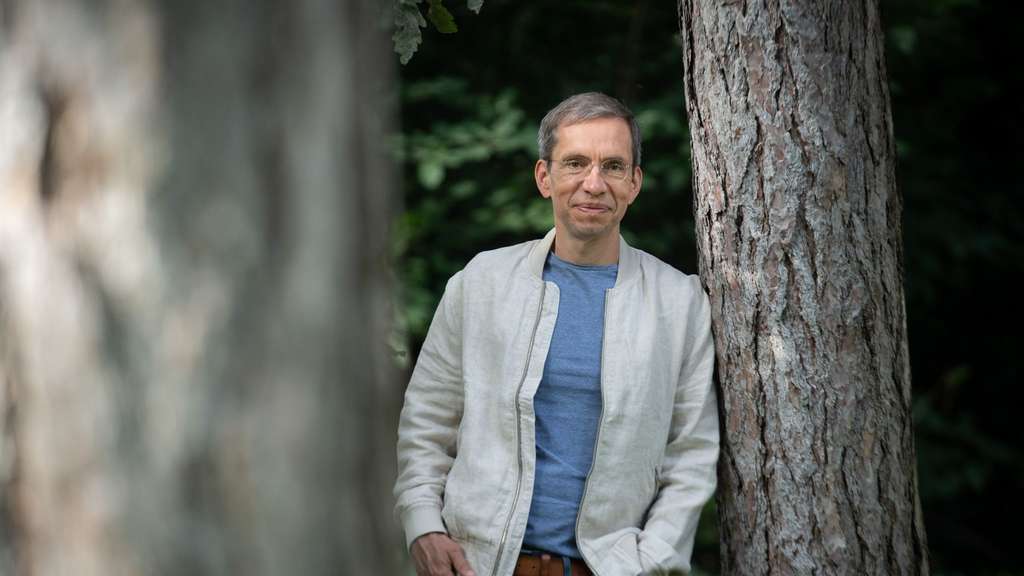 After more than 33 years in prison: Soering’s “return to life”

Jens Soering spent more than half his life in prison in the USA. In 2019 he was released on parole. In a book he describes his arrival in Germany and plans for the future.

After more than 33 years in prison: Soering’s “return to life” 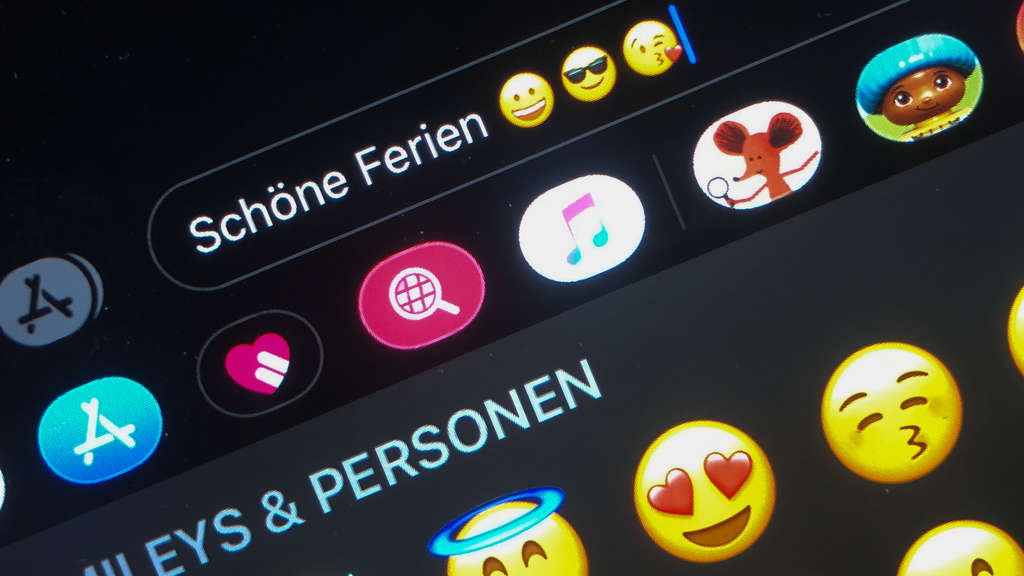 Whatsapp gets new emojis – one is causing discussions

New emojis on Whatsapp: The final list from the Unicode Consortium is now fixed. A total of 37 brand new icons are included. Some are already being celebrated, others are causing discussion.

Whatsapp gets new emojis – one is causing discussions 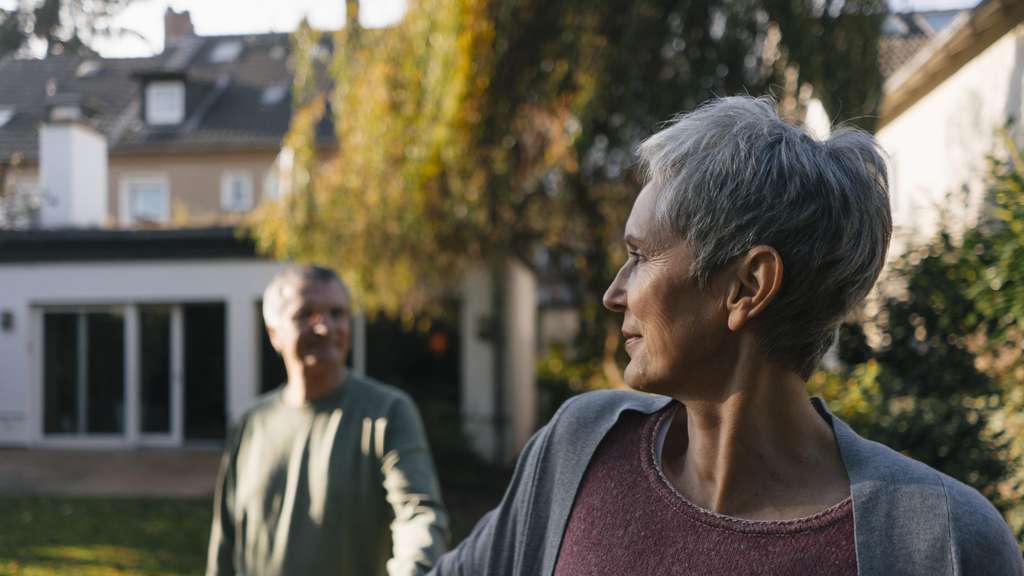 So many years together – and then the separation. This is not only astonishing for celebrity couples. And seldom happens as suddenly as it may appear to an observer.

At the same time, however, the little one gave her back her belief in humanity. “In journalism you tend to be cynical. And when you then experience something like that … This first time is already madness. Now she’s starting to talk a little. They are so pure, so curious, so happy. She wakes up in the morning and is already beaming. Then I look at them and think: I didn’t even know what a great species Homo sapiens is. ”Dpa

1 day ago
In her third case, Heike Makatsch, as "Tatort" commissioner Berlinger, has to do with a blind law student and a decadent young couple. But it is also about the single investigator herself.

October 16, 2021
A very simple idea: a rope is stretched across the road, on which squirrels can safely change sides. There is in Trier, but also in Berlin and Hamburg.

Red Cross remains active in the Ahr valley over the winter

October 16, 2021
After up to 3,500 helpers from the DRK were deployed in the first few weeks after the devastating floods in mid-July, today there are still almost 50 helpers. These will remain on site until further notice.

The Federal President encourages people in the Ahr Valley

October 10, 2021
The smell of damp masonry is in the air. The shops in Ahrweiler show the traces of the devastation. But when the Federal President visits, there are also signs of hope.