More accidents and more deaths in the Bavarian Alps

In the pandemic, many Germans refrained from air travel and often also from the border to Austria – that meant in 2021: more mountain deaths and higher accident figures in the Bavarian Alps.

Munich – Full parking spaces, stop-and-go on the streets, rubbish and other legacies in meadows and forests – the run on the Bavarian Alps has set new records in the pandemic. The rescue workers also feel this.

The number of accidents rose to a peak in 2021, according to data from Bergwacht Bayern. In the summer, the mountain rescuers had to deploy 3,650 times, around 250 more than in the previous year and 800 more than in 2017 (almost 2,840 deployments).

High usage pressure in the mountains

“The large number of people in the mountains is probably the main reason for the increase in operations,” says mountain rescue spokesman Roland Ampenberger. “The encouragement of outdoor activities against the background of the risk of infection, the limited opportunities for other sports and the difficulties of traveling led to a very high level of pressure to use this summer as well.”

Thomas Bucher from the German Alpine Association (DAV) also speaks of “very great pressure on the Bavarian Alps”. “People don’t go far away, they prefer to stay at home.” Sometimes borders were closed, sometimes there were travel restrictions or complicated regulations. Apparently, not only day-trippers and mobile homes accumulated in Upper Bavaria, but also accidents.

Although mountain sports are trendy and therefore the number of accidents has been increasing for years, a look at Austria and Tyrol showed slightly lower numbers in summer. From the beginning of May to the beginning of October a good 3860 people were involved in accidents in Austria’s mountains, 200 fewer than in the previous year, writes the Austrian Board of Trustees for Alpine Safety. It was said, however, that this could have different reasons; about the weather too.

But the number of deaths in the mountains is striking: while it fell in Austria and Tyrol over the full year 2021, it rose rapidly in Upper Bavaria. The police headquarters in Upper Bavaria South counted 50 deaths from Berchtesgaden to the Zugspitze – in the previous year there were 34.

The Berchtesgaden police mountain guide Jörg Fegg has known the rush to his home for years – but 2021 even surprised him. “With the lifting of the lockdown, it all started with ski touring. We were overrun in the little valley basin because you weren’t allowed to go to Austria. That continued in the summer. ”There were mega-jams. “Everything in the restaurants is full, the parking lots full”, often with campers. Up to 200 would have been partly on the Königsseeparkplatz.

In the Berchtesgaden mountains alone there were 18 fatal accidents, otherwise there were 10 or 12, says the police mountain guide. “18 dead only with us – for us it was madness.” Four people died on the Watzmann (2713 meters).

“Big and mighty, full of fate”, Wolfgang Ambros sang about the famous mountain. But more than fate – in addition to the high number of sometimes several hundred mountaineers a day – a lack of experience is one of the reasons for accidents. “There is often a lack of basic alpine training,” says Fegg.

There was a fatal crash on the Watzmann because climbers got off the ground right at the beginning. They relied on GPS. But that makes little sense vertically. Unreason is often the rule, says Fegg. “We often see hair-raising things.” For example, parents with their offspring in the carrier on difficult via ferratas.

Most accidents happen while hiking, followed by mountain biking. The e-bike has also opened up previously inaccessible regions for less trained athletes. After falls and trips, cardiovascular problems are one of the most common causes of death.

Police mountain guides are used in fatal accidents or when negligence could have been involved. In good mountain weather, the assignments increase. In September the officers were looking for a woman from Berlin who set out on a hut tour in the Steinerne Meer and never arrived at a hut when the next Norruf came in: A climber had discovered a dead person in the steep terrain on the Watzmann.

As it turned out days later, it was a young Argentinean on a backpack tour through Europe. “I suspect that he was up when the weather wasn’t ideal and that he descended in the wrong direction,” says Fegg. He probably turned in the fog “and then no longer knew where he came from”.

2022 could be prone to accidents: unlike in the previous year, the ski lifts are running. Fatalities on the slopes are rare, but accidents are common. The failed skiing winter in Upper Bavaria and the Allgäu had resulted in lower accident rates overall for the whole year. 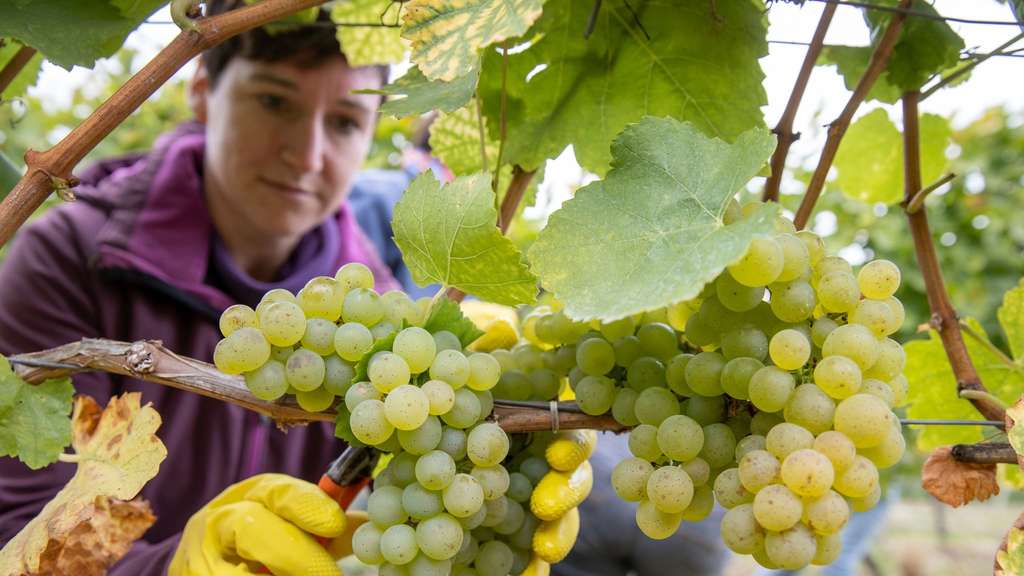 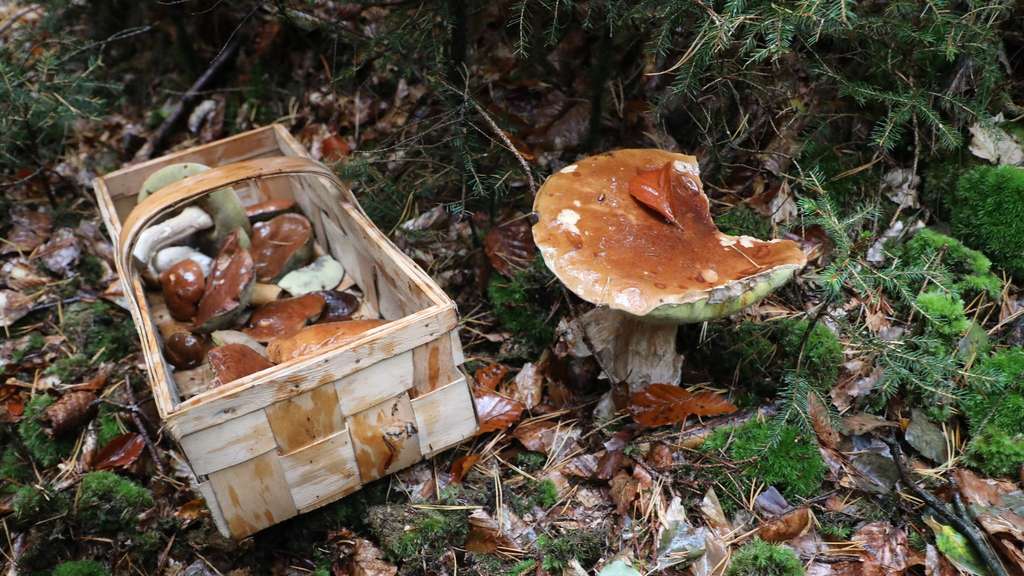 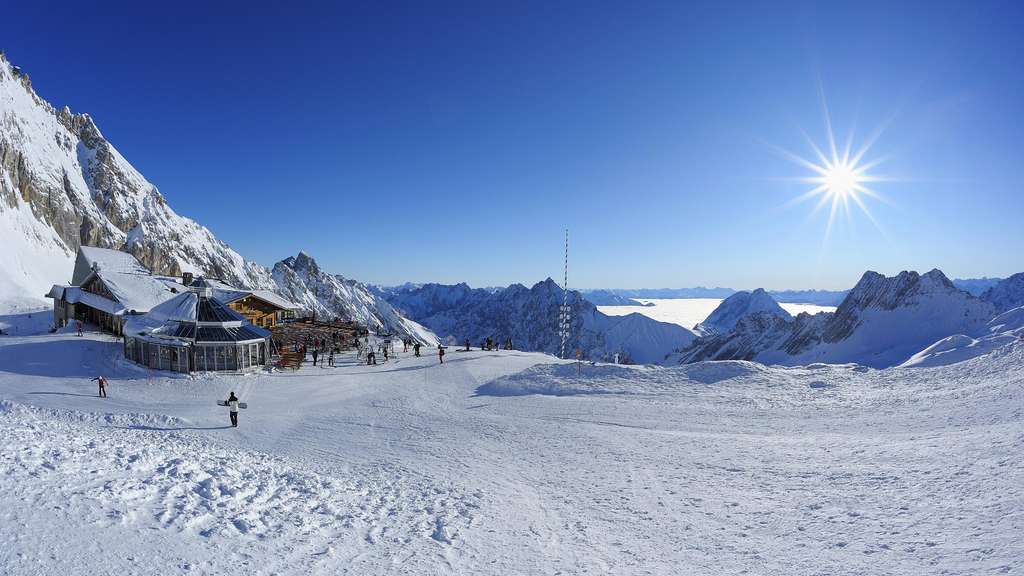 Which corona rules apply in the ski areas of Bavaria in winter 2021/22?

Which corona rules apply in the ski areas of Bavaria in winter 2021/22?

“So far we have 50 mountain accidents, compared to 96 in the previous year,” reports Holger Stabik, spokesman for the Swabian South / West Police Headquarters in Kempten. “The decrease in the number of accidents on slopes and tobogganing is particularly noticeable.” The officials recorded 44 such accidents in 2020. In 2021, despite the snowy winter months, the number was at zero well into spring just before Christmas. dpa

11 hours ago
It got on the nerves of many a neighbor and ruined many shoes. The Bobby-Car is now 50 years old - and it's no longer just loved by children.

1 day ago
The joy of the ski fans is great - finally back on the slopes. While people in Bavaria and Switzerland are very satisfied, there are disappointed faces elsewhere.

No summer Oktoberfest – committee against bringing it forward

2 days ago
The folk festival is not celebrated earlier. The idea was born to increase the chances that the festival could take place despite Corona. A prerequisite for celebrating in autumn has already been set.

2 days ago
Herbert Achternbusch was a filmmaker, writer and painter. Now he died at 83. Federal President Frank-Walter Steinmeier honored him for his enrichment of the German cultural landscape.

4 days ago
In several federal states, the police searched apartments for allegedly forged vaccination passports. A family doctor from Bavaria is said to have issued false certificates to more than 100 people.