After the burial of a police officer who was murdered in the West Palatinate, his colleague who was killed was also buried. The participation is still great. Hundreds of police officers came again.

Homburg – With great sympathy, a policewoman who was shot dead on duty at the end of January was buried on Wednesday in her home town of Homburg in Saarland.

More than 600 mourners followed the funeral service in front of the funeral parlor at the Homburg-Erbach cemetery, which was broadcast outside via sound. In the hall, the family said goodbye to the 24-year-old at a non-public funeral service with a police honor guard.

The police candidate was shot dead on January 31 with a 29-year-old police commissioner near Kusel in Rhineland-Palatinate during a vehicle check. The 29-year-old was also buried on Tuesday in his hometown of Freisen in northern Saarland with great sympathy.

Hundreds of police officers also came to the funeral of the 24-year-old, who paused devoutly on the square when it rained. According to the police, it was mainly students at the Rhineland-Palatinate Police University. The young officer graduated at the end of April, a spokesman said. 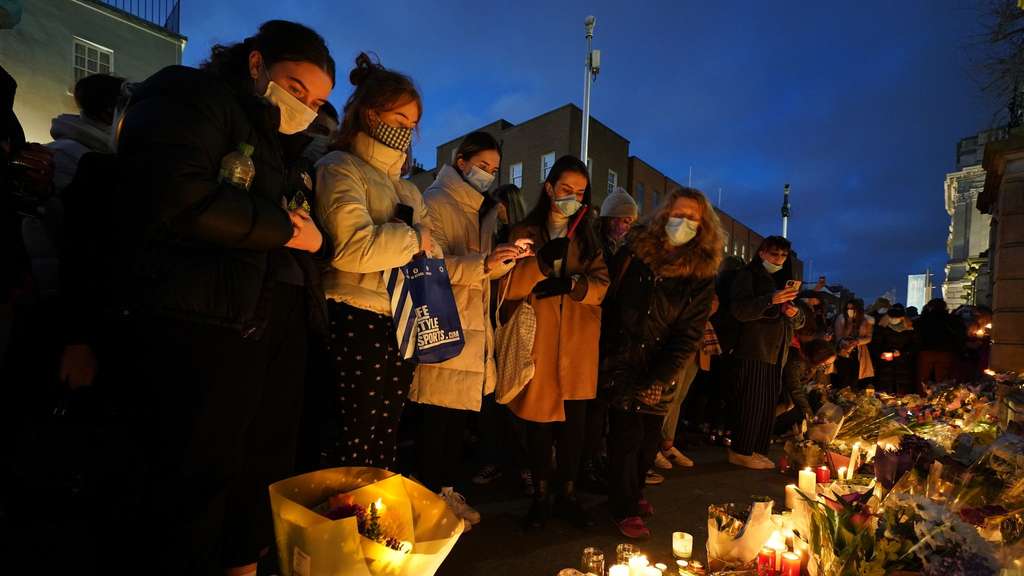 She “was passionate about her job” and “was convinced that she had made the right choice,” said the head of the university, Uwe Lederer, in a speech. “She still had so much planned.” She was an “extremely interested, open-minded, committed student”.

The act shocked and dismayed everyone. “We are stunned by the brutality and cold blood of the murders. We’re looking for answers. Maybe we’ll never find them. This is very difficult for all of us to bear,” said Lederer.

The Homburg pastor Pirmin Weber spoke of a “meaningless death”. The “incomprehensible event” is “so bad, makes you angry and speechless at the same time”. The Minister of the Interior from Rhineland-Palatinate, Roger Lewentz (SPD), and his Saarland colleague Klaus Bouillon (CDU) were also present at the funeral.

Two men from Saarland are in custody as suspected perpetrators on suspicion of joint murder. The act had sparked nationwide horror. The investigators assume that the men wanted to cover up poaching with the act. dpa