20 years after its cinema release: The magic of Harry Potter remains

JK Rowling’s books were bestsellers when the first Harry Potter film hit theaters 20 years ago and sparked a hype – and it still lingers.

London – Just in time for Advent, Harry Potter is behind one of the 24 little doors. The Danish little stone group Lego brings an advent calendar with figures and utensils from the Potter universe onto the market every year. 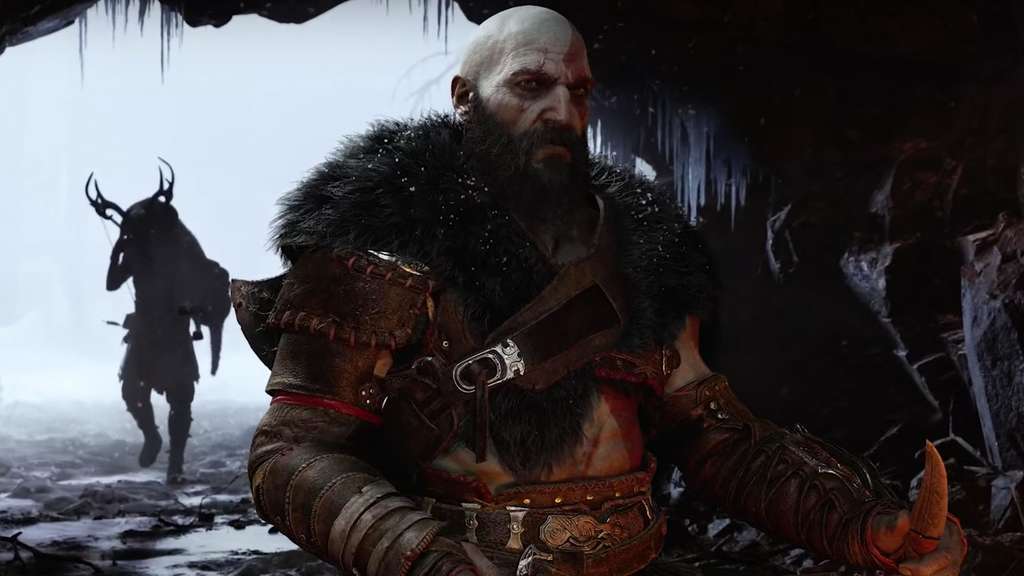 Elden Ring, God of War, Zelda & more: We are most looking forward to these game releases in 2022

The year 2021 will end soon. Time to look at next year’s major game releases.

Elden Ring, God of War, Zelda & more: We are most looking forward to these game releases in 2022 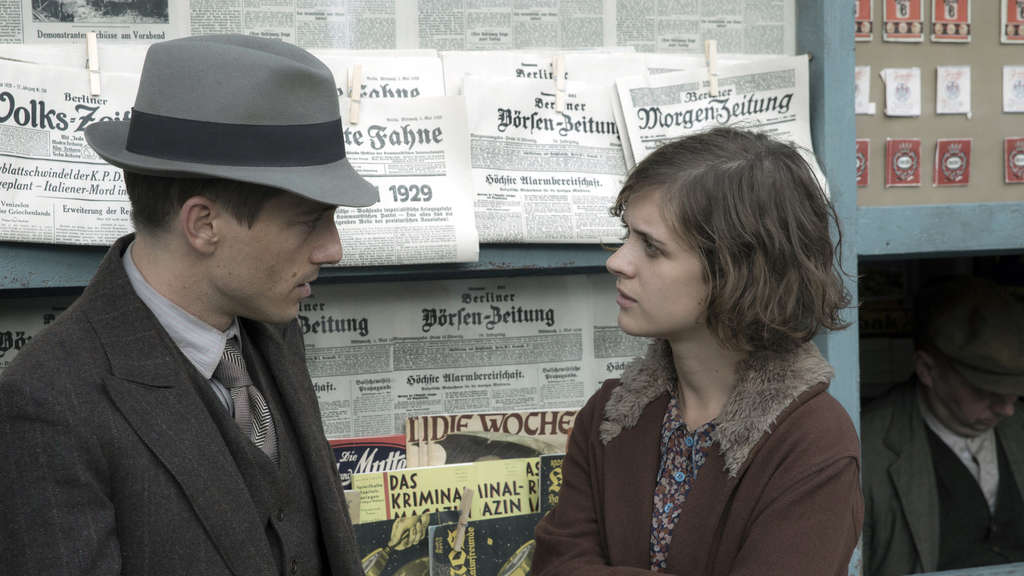 “Babylon Berlin” Season 4: This is how the successful series continues

The 4th season of “Babylon Berlin” is in the can. Read here how and when the most expensive German series to date will continue.

“Babylon Berlin” Season 4: This is how the successful series continues 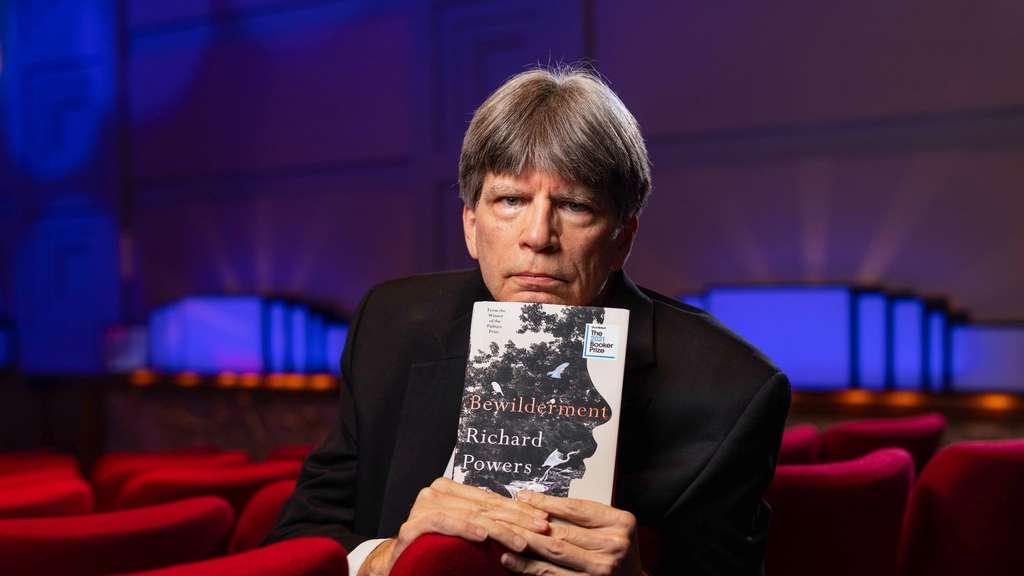 The American Richard Powers won the Pulitzer Prize with “The Roots of Life”, which was also praised by ex-President Obama. With “astonishment” he goes up.

The Potter play also starts in Hamburg in December. And in China a new amusement park with a large Hogwarts area has just opened. 20 years after the cinema release of “Harry Potter and the Philosopher’s Stone” (in Germany on November 22nd), the sorcerer’s apprentice invented by author JK Rowling is omnipresent.

Similar to Mickey Mouse, Star Wars or the Marvel heroes, there is almost nothing in Harry Potter that does not exist. Bed linen, shirts, mugs, soft toys, school bags, coins, costumes including magic wands. In the British capital London there are several shops where you can only buy fan articles from the Harry Potter universe. One is at Heathrow Airport.

Many well-known parlor games are now also available in a Harry Potter edition, including board games such as Labyrinth, “Mensch ärgere Dich nicht”, the classic quiz Trivial Pursuit or the card game Uno. Other games have been designed around the popular Hogwarts student, such as “Harry Potter – The Battle for Hogwarts”. There are also numerous video games about the cult figure in which the evil Voldemort has to be defeated.

After the huge success with Star Wars kits since the early 2000s, the next lucrative Lego license came with the Harry Potter franchise. The Chamber of Secrets, Hagrid’s Hut or the Hogwarts Express – new sets and series of minifigures appear regularly. Muggles have to dig deep into their wallets for some sets. Diagon Alley, for example, costs 399.99 euros in the Lego shop. After all, the advent calendar is already available for just under 30 euros.

A look behind the scenes:

Near London, Potter fans can take a look behind the scenes of the movies. In 2012 the “Warner Bros. Studio Tour – The Making of Harry Potter” opened in Leavesden. Replicas of the film sets, original costumes and utensils from the films can be seen in two film studios. In addition, visitors to the studio tour experience how the visual effects are produced.

In several films, Harry and Co. fight bitterly against each other in Quidditch, a team sport in which participants ride brooms. In the mid-2000s, students in the United States developed a variant that can be played without magic. Quidditch is now also played in Germany. There is even a German Quidditch Association with its own leagues. There is no flight, but the players have to keep the broom between their legs at all times.

It has been running successfully on New York’s Broadway and in London’s West End for years, and on December 5, the play “Harry Potter and the Cursed Child” will finally celebrate its German premiere in Hamburg after a corona-related postponement. The story of the two-part, spectacular production takes place 19 years after the last Harry Potter book by JK Rowling.

“The Wizarding World of Harry Potter”, a huge area over two parks, opened in the theme parks of Universal Studios in Orlando / Florida in 2010. In addition to roller coasters and other attractions, you can also ride on the Hogwarts Express or buy Bertie Bott’s beans in (almost) every taste in Diagon Alley. Further “Wizarding Worlds” followed in Osaka, Japan, and Hollywood. In September, the Potter world opened its doors in Beijing for the first time.

JK Rowling’s books are among the most successful ever published. Harry Potter and the Philosopher’s Stone is one of the best-selling books in literary history with more than 100 million copies. The other six all sold more than 65 million times, thanks in part to the films. Regular new editions and anniversary editions are very popular – even with fans who already have the books on their shelves.

Potter and Co. in the cinema:

For the 20th anniversary “Harry Potter and the Philosopher’s Stone” is back on the big screen. The cult film with Daniel Radcliffe, Emma Watson and Rupert Grint is also shown in 3D in some cinemas. In the coming year, Potter fans can also look forward to the third part of the successful spin-off series. Fantastic Beasts: Dumbledore’s Secrets is due to hit theaters in April. dpa

14 hours ago
If you want to live cheaply, you shouldn't move to Tel Aviv, Paris or Singapore. According to a new analysis, the metropolises are the most expensive cities in the world.

1 day ago
After several months of freedom, people in England have to get used to wearing masks again.

2 days ago
What to do if you've been snowed in in a pub for three nights? Around 60 guests in the north of England were confronted with this question.

4 days ago
The storm called "Arwen" reached almost 160 kilometers per hour. Power outages and traffic chaos were the result. There are also fatalities.

Today on ARD: “A touch of America” – visually stunning series in the first

Precht and Flaßpöhler on ZDF – two misunderstood confirm each other

Markus Lanz on ZDF: Reiner Haseloff has a lot of small minds

“Hard but fair”: Everyone can live well with Karl Lauterbach as Minister of Health

Criticism of the SPD in Plasberg's "Hard but fair": Olaf Scholz ducks – but not Karl Lauterbach

Precht and Flaßpöhler on ZDF: Two misunderstood people confirm each other